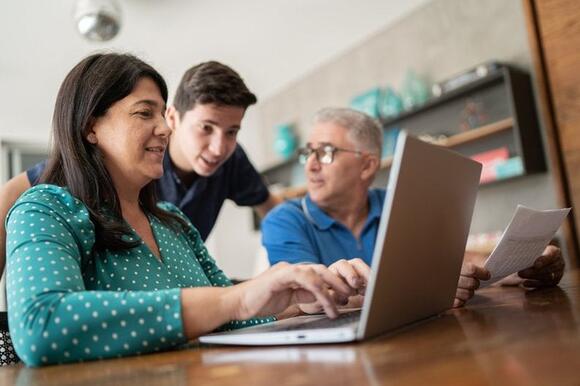 Year after year the cryptocurrency Bitcoin has delivered solid returns for holders of the asset. The latest Arcane Research shows that Bitcoin performed extremely well in 2021 as a proven inflation hedge by producing a 73% return . And the 10 years before, Bitcoin had annualized returns in excess of 220%, making it the asset of the decade .

But as of this writing, Bitcoin is priced at $38,637 per coin -- a five-month low and about 44% off its all-time high of nearly $69,000 a few months back. While I'm still a big fan of Bitcoin and currently hold it myself, there are other projects that are well positioned to possibly perform better in 2022.

Ethereum is the still the backbone of NFTs and DeFi

Ethereum (ETH) is the second-largest coin by market cap. Critics roundly beat it up due to its very pricey transaction fees -- that can be more than $100 -- and scaling issues that cause network congestion that slow settlement times or cancel transactions due to timing out. However, this project has a lot going for it.

Over the past two weeks, Ethereum's transaction fees are down 35% as developers continue to upgrade the network under its ETH2.0 development plan. That plan will boost transactions per second to more than 100,000 which will further reduce transaction costs and settlement delays.

Since its most recent upgrade last year, with the rollout of EIP 1559, the project has removed more than 1.5 million ETH from circulation, which is the equivalent of $4.5 billion U.S dollars. This automated reduction in supply is called "burning" and it increases the value of the coins that remain in circulation, while also making it a more deflationary asset overall. Those are both good things!

Ethereum is still the primary network that decentralized finance (DeFi) and non-fungible token (NFT) exchanges and transactions use. DeFi currently has $100 billion in locked assets on the ETH blockchain, with more pouring into this automated banking system. And NFTs continue their explosive growth with all-time sales of nearly $18.5 billion according to nonfungible.com . The ETH project is well positioned to continue to benefit from these trends in 2022. It's currently trading at $2,793, a 43% discount off its all-time high, and it could double or triple that price this year. Last year, it had a 450% return, so it's certainly possible given its use cases and positive prospects.

Cardano is making all the right moves

Cardano (ADA) is a smart contract project founded by Charles Hoskinson, a former cofounder of Ethereum. His plan from the outset was to take the best elements of ETH and improve on them. ADA just entered its third phase of its development called "Basho," which should significantly improve its network scalability and usability across competing blockchains.

Seamless transfer of assets across competing crypto networks and being able to process a million transactions per second will be huge competitive advantages for ADA once these latest upgrades are done. Additionally, Cardano has one of the best consensus models to approve crypto transactions.

Cardano's proof-of-stake consensus has gone through the most rigorous testing of any platform, resulting in more than 60 peer-reviewed publications validating its efficiency, reliability, speed, redundancies, environmental sustainability, and more. No other project can make that claim. Developers are already building apps on the ADA network to benefit an array of sectors including agriculture, retail, and education -- to name a few.

However, according to CoinMarketCap, Cardano is currently priced at $1.22 per coin, reflecting a 59% decline from its peak. It could quadruple in price this year and still be considered cheap.

Radicle is poised to be the "GitHub" of crypto

In 2018, Microsoft acquired GitHub -- the leading cloud-based platform for computer developers -- for $7.5 billion. GitHub has been the lynchpin tech that has enabled Microsoft to claim the No. 1 spot in the "code-to-cloud" space, which makes programming faster, cheaper, and more efficient. However, a little known crypto project called Radicle (RAD) enables the same type of remote programming collaboration, but on blockchains .

Programmers use GitHub to build, ship, store, and edit their code remotely and it's been compared to Google Docs for software developers. RAD has the same offering except it's completely decentralized on distributed networks of shared blockchains -- unlike GitHub, which is controlled by centralized Microsoft servers that are susceptible to data loss, hacks, and other monolithic network ills. RAD is a better iteration of GitHub at a fraction of the price.

CoinMarketCap shows that as of this writing RAD is priced at the bargain price of $6.28, representing a 77% drop from its top price. RAD's current market cap is an extremely low $164 million. Remember, GitHub sold when its market value was $7.5 billion, and it's reasonable to speculate that RAD's price could multiply 10 times and still be a fraction of its ultimate value as more and more software moves to blockchains.

Always remember that these are opinions and not financial advice. Every potential investor in any asset class needs to do their own research. While Bitcoin is a solid bet, there are options with more potential upside that are worth considering.

Unsurprisingly, both are stablecoins.
STOCKS・18 HOURS AGO
The Motley Fool

Bitcoin and Ethereum have what it takes to bounce back.
STOCKS・16 HOURS AGO
The Motley Fool

One of the most promising cryptocurrencies has cratered.
STOCKS・16 HOURS AGO

Person
Cardano
The US Sun

MILLIONS of Americans are set to receive Social Security checks worth up to $1,657 tomorrow. The cash boost will come just 48 hours before Supplemental Security Income payments, worth up to $841, are set to land in around eight million bank accounts on April 29. Seniors with birthdays on the...
BUSINESS・21 DAYS AGO
The Motley Fool

These exceptional companies are on sale and can remain in your portfolio forever.
STOCKS・2 DAYS AGO
electrek.co

As part of a lawsuit between shareholders and Elon Musk regarding his “funding secured” tweet, new text messages and emails between Musk and people involved have been released. The communications pretty much confirmed how most people saw the situation: Elon Musk took a meeting with the head of...
BUSINESS・22 DAYS AGO
inputmag.com

Elon Musk, the world’s wealthiest man, who thinks tunnels are immune to natural disasters, is purchasing Twitter. The company confirmed on Monday afternoon that it had accepted the billionaire’s offer. “Twitter, Inc. today announced that it has entered into a definitive agreement to be acquired by an entity wholly owned by Elon Musk, for $54.20 per share in cash in a transaction valued at approximately $44 billion,” reads the official press release. “Upon completion of the transaction, Twitter will become a privately held company.”
BUSINESS・22 DAYS AGO

4 Sneaky Ways You Could Lose Your Social Security Benefits

Don't let these surprises trip you up in retirement.
PERSONAL FINANCE・2 DAYS AGO
The Motley Fool

It's a safe investment and could have a big payoff.
MARKETS・17 HOURS AGO

Home price gains don't seem to be slowing down.
REAL ESTATE・1 DAY AGO
The Motley Fool

The company is suddenly emphasizing profitability.
STOCKS・1 DAY AGO
Inc.com

Are these in line with what you're expecting?
REAL ESTATE・17 HOURS AGO
The Motley Fool

These fallen growth stocks could rebound sharply once the dust settles.
STOCKS・2 DAYS AGO
The Motley Fool

2022 has been brutal, but the market is far from lost.
STOCKS・2 DAYS AGO
The Motley Fool

Shiba Inu Is Down 85%, But Here's How It Could Recover

There's one simple way to boost the price of Shiba Inu tokens.
STOCKS・2 DAYS AGO
The Motley Fool

These stocks have been heavily sold off, but their long-term prospects are fantastic.
STOCKS・13 HOURS AGO