Unless you've been disconnected this week, you might have heard about Microsoft 's (NASDAQ: MSFT) $68.7 billion all-cash deal to buy Activision Blizzard (NASDAQ: ATVI) at $95 per share. Shares of Activision were up 25.2% week to date as of 9:55 a.m. ET on Friday, according to data provided by S&P Global Market Intelligence .

However, at Activision's current share price of $81.91, investors are placing an implied probability of 55% that the deal gets approval from regulatory bodies. If approved, the deal would make Microsoft the third-largest video game company in the world behind Tencent Holdings and Sony . It would have huge implications on Microsoft's future in the metaverse, cloud gaming, esports, and mobile-gaming ambitions. 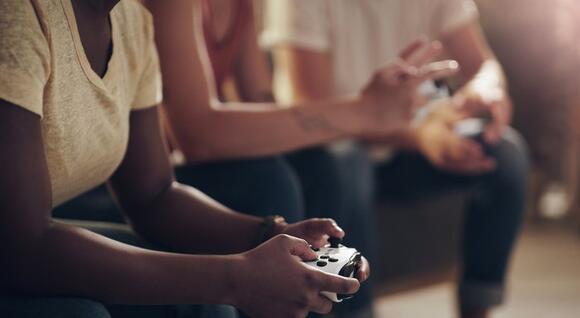 Microsoft and Activision will have plenty of time to get their lawyers together to make their case in front of U.S. regulators. The deal isn't expected to close until sometime during Microsoft's fiscal 2023 (which runs through June each year).

Sony is viewed as the big loser here, and the PlayStation operator may try to block the deal, since Microsoft would likely pull the best-selling Call of Duty title from PlayStation and keep it exclusively for its Xbox game system.

Remember, Microsoft has a history of raising alarm bells at the Federal Trade Commission going back to the 1990s. It will take a while to iron out the details of if, when, and how the largest deal in video game history -- Microsoft's, too -- gets completed.

To the point of antitrust concerns, Microsoft is arguing that it needs Activision in order to remain competitive.

During a conference call with analysts, CEO Satya Nadella said: "Today, we face strong global competition from companies that generate more revenue from game distribution than we do from our share of game sales and subscriptions. We need more innovation and investment in content creation and fewer constraints on distribution."

On that note, Activision Blizzard CEO Bobby Kotick cited investments in cloud computing, artificial intelligence, and machine learning as reasons why Microsoft is the right partner at a time when so much is at stake in the video game industry, and especially with every FAANG stock investing in gaming.

10 stocks we like better than Activision Blizzard
When our award-winning analyst team has a stock tip, it can pay to listen. After all, the newsletter they have run for over a decade, Motley Fool Stock Advisor , has tripled the market.*

They just revealed what they believe are the ten best stocks for investors to buy right now... and Activision Blizzard wasn't one of them! That's right -- they think these 10 stocks are even better buys.

Strong price performance from these three large-cap tokens has investors excited about the near-term prospects of this sector.
STOCKS・2 DAYS AGO
inputmag.com

Three companies that can beat the market in the coming years.
BUSINESS・2 DAYS AGO

You could make even more with several of the stocks continuing to soar this year.
STOCKS・1 DAY AGO
electrek.co

It's easy to pick the legendary investor's favorites in this category.
STOCKS・2 DAYS AGO

These stocks have great long-term prospects.
STOCKS・11 HOURS AGO
The Motley Fool

The need for cleanliness and sterilization has diminished over time.
STOCKS・1 DAY AGO
Entrepreneur