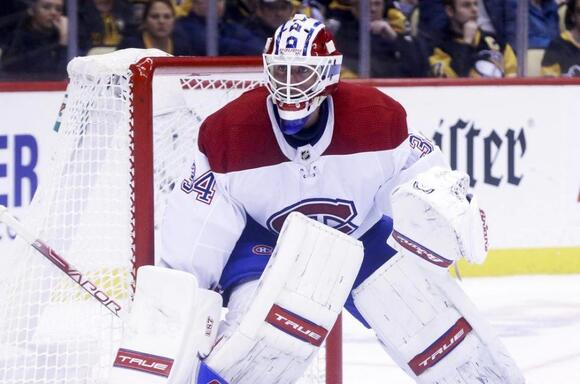 Allen, 31, sustained the injury during Montreal’s 5-1 loss to the Boston Bruins on Jan. 12.

Allen has served as the primary goaltender for the Canadiens in place of former Hart and Vezina Trophy recipient Carey Price, who has yet to play this season. The team said Monday that Price would have to restart rehabilitation on his surgically repaired knee.

Sam Montembeault and Cayden Primeau are the current goaltenders on Montreal’s active roster.

The NHL season officially started back on October 12. In this article, we track all the NHL games today as
MLS・5 HOURS AGO
Sportsnaut

Defenseman Brendan Smith scored a short-handed goal in the second period to fuel the host Carolina Hurricanes to a 2-0
RALEIGH, NC・13 HOURS AGO
Sportsnaut

Zach Hyman scored the game-winning goal with Edmonton short-handed midway through the third period, and the Oilers evened their Western
NHL・10 HOURS AGO
Sportsnaut

The St. Louis Blues elevated their play to earn a split following their first two games of their Western Conference
SAINT LOUIS, MO・20 HOURS AGO

Tampa Bay Lightning forward Brayden Point has been ruled out for Game 2 of the Eastern Conference semifinal series against
TAMPA, FL・2 DAYS AGO
Sportsnaut

The St. Louis Cardinals are undertaking a youth movement during their road series this weekend against the Pittsburgh Pirates, but
SAINT LOUIS, MO・5 HOURS AGO

Heat’s Kyle Lowry and P.J. Tucker intend to play in Game 3 vs. Celtics

Lowry hasn't appeared in the series to this point. Kyle Lowry and P.J. Tucker of the Miami Heat are on track to play in Game 3 against the Celtics on Saturday night. Heat coach Erik Spoelstra said Lowry (hamstring) and Tucker (knee) will go through their routines and warm up “with the intention to play.”
BOSTON, MA・20 MINUTES AGO
Sportsnaut

The St. Louis Cardinals arrive in Pittsburgh on Friday for the start of a series against the Pirates looking to
SAINT LOUIS, MO・1 DAY AGO
Sportsnaut