Why This Legendary Billionaire Investor Is All In On Crypto 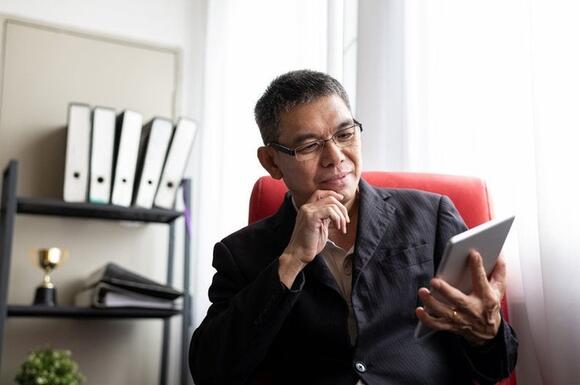 Cryptocurrency is, to put it lightly, a divisive topic among the investing elite. Many major investors are staunchly anti-crypto, with Warren Buffett being the most prominent example. On the other end of the spectrum, there's fund manager Bill Miller, who believes so much in Bitcoin (BTC) and crypto they make up half his personal assets.

Miller is a value investor , but he has always taken an unorthodox approach and been more open to risk. In perhaps his most unorthodox move, he became a self-proclaimed Bitcoin bull. And after a year where Bitcoin beat all equities , he has recommended it to all investors.

A remarkable investing career and early adoption of Bitcoin

For well over a decade, Bill Miller was the investing world's version of a rock star. He was the fund manager for Legg Mason, and his portfolio beat the S&P 500 for 15 consecutive years, from 1991 through 2005.

That's no small feat. Beating the market for even a single year is impressive. Most years, 80% of large-cap funds don't manage to do it. Beating it for 15 years in a row would be unheard of, if it wasn't for Miller.

All that success came to an end with the financial crisis. His portfolio suffered massive losses, and he hung on to losing investments after many of his peers had abandoned them. If you've seen the movie "The Big Short," you might remember a scene depicting one of Miller's lowest moments. This version of him was a character named Bruce Miller, a stereotypical Wall Street blowhard who proclaims he fully believes in Bear Stearns even as the bank's value plummets.

Miller may not have seen the writing on the wall during the financial crisis, but he did understand the value of crypto before most of Wall Street. He says he started to buy Bitcoin for his personal portfolio in 2014 when it cost around $200. The hedge fund he manages was investing in Bitcoin in 2017, at a time when many financial executives called the cryptocurrency a stupid investment. And he started buying it again for himself in the spring of 2021 during a price dip.

In addition to Bitcoin, Miller is also heavily invested in Amazon, which he started buying shortly after it went public. Those two assets now make up the bulk of his portfolio. According to Miller, they've also made him a billionaire.

Bitcoin is Miller's No. 1 recommended investment

In a recent interview, WealthTrack asked Miller the No. 1 investment he recommends for a long-term portfolio. His response was Bitcoin.

He suggests investors put 1% of their portfolios in Bitcoin. The logic behind this is even in the unlikely event Bitcoin loses all its value, you've only lost 1% of your portfolio.

Why does Miller believe Bitcoin is a good investment ? He has given multiple reasons:

Bitcoin can be a good addition to your portfolio, but I wouldn't go so far as to say everyone should invest. Those who are new to it should learn about how cryptocurrency works first before deciding whether to get involved. And if you're not keen on volatility, crypto likely isn't the best choice.

For investors who want to diversify, crypto is definitely worth looking into because of the potential returns. Bitcoin is a popular choice, especially when you're starting out with crypto, since it's the biggest one. However, there are also cryptos that could grow faster than Bitcoin , so it's worth researching other crypto investments, as well.

If you're going to buy crypto, the strategy Miller suggests is a smart one. Only put a small portion of your portfolio in crypto so the volatility can't wipe you out. Miller mentioned 1%, but that depends on your risk tolerance. For most investors, a solid rule of thumb is to devote no more than 5% to 10% of your portfolio to these types of high-risk assets.

Crypto billionaire Brock Pierce says that Bitcoin (BTC) will either fail spectacularly or become massively successful. In a Fox Business interview, Pierce, who is the chairman of the Bitcoin Foundation, says that investors should refrain from going all-in on the leading crypto asset. “[Bitcoin] could go to zero. It’s a...
STOCKS・21 DAYS AGO
Daily Mail

Following an epic share price decline of more than 27% this week, Coinbase issued a stark warning to customers: Your crypto is at risk if the exchange goes bankrupt. According to Coinbase's official website, the company has more than 98 million verified users. It is the largest cryptocurrency exchange platform in the United States.
STOCKS・17 DAYS AGO
dailyhodl.com

Shark Tank star Kevin O’Leary is taking stock of the altered crypto landscape after billions of dollars were liquidated when two large-cap digital assets collapsed earlier this month. In a new interview with Stansberry Research, O’Leary says the demise of the TerraUSD (UST) algorithmic stablecoin and its affiliated Terra...
STOCKS・4 DAYS AGO
The Motley Fool

Few ideas in the cryptocurrency space are this big.
MARKETS・4 DAYS AGO

Person
Warren Buffett
The US Sun

TIME is fast running out for Americans to receive a one-time $1,000 cash payout. There are only six days left for some qualifying US residents to apply for rebates and economic aid available as early as this summer, even if they did not file an income tax return. The New...
PERSONAL FINANCE・3 DAYS AGO
The Motley Fool

Crypto may be in a slump, but that doesn't mean you can't invest.
MARKETS・5 DAYS AGO
Markets Insider

The investment bank now thinks bitcoin and digital assets should rebound after the great sell-off of 2021 and 2022.
STOCKS・3 DAYS AGO

Held got into Bitcoin in 2012, which is about 100 years ago in crypto time (because time moves so quickly but also feels so, so long in crypto). “Back in the early era, it was just Bitcoin — there weren’t even [alternative] coins, or there were very, very few,” Held said during a fireside chat with Decrypt editor-in-chief Daniel Roberts at CoinMarketCap’s The Capital conference.
MARKETS・2 DAYS AGO
The Motley Fool

Among the Dow Jones Industrial Average's 30 components are three that analysts believe could more than double over the next year.
STOCKS・2 DAYS AGO
CNBC

Backers of Terra have voted to revive the failed cryptocurrency venture without its controversial UST stablecoin. The proposal would lead to the creation of a new Terra blockchain and its associated luna token. UST, a so-called "algorithmic" stablecoin, plunged below its intended $1 peg earlier this month, causing a sharp...
COMMODITIES & FUTURE・3 DAYS AGO
The Motley Fool

Why Bitcoin, Dogecoin, and Shiba Inu Are Falling Today

Procter & Gamble and Deere have different strategies that work for different reasons
STOCKS・18 HOURS AGO
dailyhodl.com

Leading US exchange Coinbase has earned billions in revenue to become the first crypto company to break into the Fortune 500. Coinbase Global (COIN) grossed over $7.8 billion in revenue in 2021, placing COIN at #437 on Fortune’s ranking of the 500 largest US companies by revenue. Coinbase is...
MARKETS・4 DAYS AGO
The Motley Fool

The lights are flashing green for long-term growth opportunities for these two tech stocks.
STOCKS・1 DAY AGO