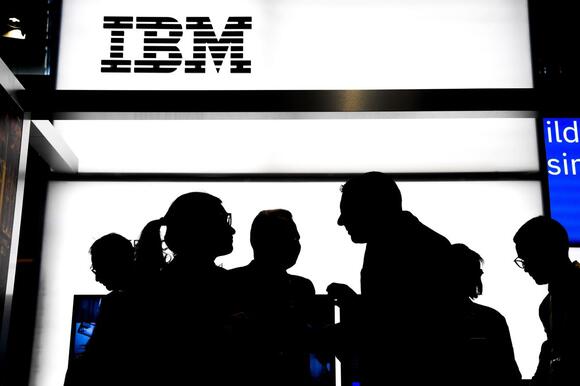 International Business Machines Corp. will sell assets from its Watson Health business to an investment firm as it continues to refocus its business.

IBM (IBM) and Francisco Partners announced Friday that the investment firm will purchase “extensive and diverse data sets and products” from IBM that are currently part of the Watson Health business. The companies expect the deal to close in the second quarter. Financial terms were not disclosed.

IBM shares are off 0.2% in Friday trading. They have gained 6.5% over the past three months, while the Dow Jones Industrial Average (DJIA) has lost 3.0%.

The Wall Street Journal reported in early 2021 that IBM was considering a sale of the Watson Health business , and a report from Axios earlier this year indicated that the company was still interested in a deal .

Subscribe: Want intel on all the news moving markets? Sign up for our daily Need to Know newsletter.

The transaction isn’t surprising, according to UBS analyst David Vogt, since key IBM executive and Watson proponent John Kelly retired from the company at the end of 2020.

“Moreover, we believe the market has been anticipating ongoing small changes to IBM’s portfolio to divest businesses that do not neatly fit into its three new business segments,” he wrote in a note to clients.

IBM sees the deal as a way to become “even more focused on our platform-based hybrid cloud and AI strategy,” Tom Rosamilia, its senior vice president for IBM Software, said in a release.

Though the companies didn’t disclose financial terms of the arrangement, Vogt doubted that it would materially impact IBM’s financials “given the likely limited success of this unit the past several years.”

He noted that, with Watson Health, IBM completed numerous acquisitions as it sought to disrupt the healthcare field by combining areas like patient records, medical literature, and medical imaging, and applying data analytics to the process.

IBM is due to report fourth-quarter earnings on Jan. 24.

The grief-stricken husband of a fourth-grade teacher killed in the Uvalde, Texas, school massacre died of a heart attack just two days after the mass shooting, family said on Thursday. Joe Garcia died in the aftermath of the Robb Elementary School shooting that killed 19 children and two teachers —...
UVALDE, TX・19 HOURS AGO
MarketWatch

The Russian Defense Ministry is promising to open a safe corridor to allow foreign ships to leave Black Sea ports. A separate corridor will be open to allow ships to leave Mariupol by sailing from the port on the Sea of Azov port to the Black Sea. Mikhail Mizintsev, who...
INDUSTRY・1 DAY AGO