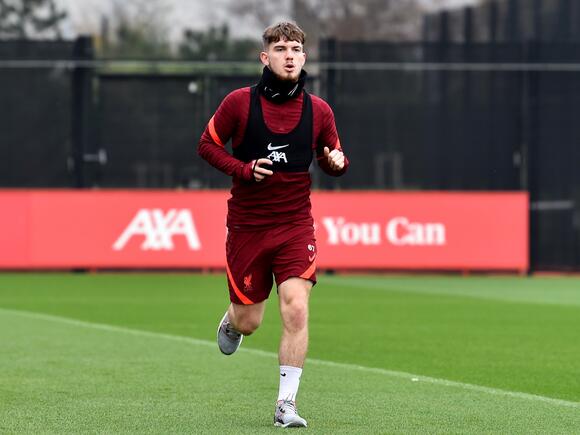 Liverpool manager Jurgen Klopp says he’s unsure on when Alex Oxlade-Chamberlain will return to action but that Harvey Elliott could be back after the international break.

Elliott hasn’t played since his ankle ligament injury against Leeds in September . Klopp was emotional when he saw the teenager go off with injury in the game and he spoke of his joy at his return to training .

“It’s outstanding,” Klopp said. “I have a really nice office with a really good view on the pitches and when Harvey did his rehab sessions the last weeks, I could watch probably five of them, so I got already excited by watching them and then he came back. Now it’s really cool.

“He was out for a long time so we cannot and will not and should not rush it, but he looked directly like he could play! We had to force ourselves a little bit to say, ‘No, no, that makes no sense after that long period.’

“But I’m pretty sure after the international break he should be ready.”

Meanwhile Oxlade-Chamberlain is rehabbing his own ankle problem but the certainty around his return is less clear than Elliott’s.

Klopp added: “Ox, we hope and pray, he was running yesterday but we don’t know what that exactly means for today. It would be helpful if he could train before the game. I don’t know yet.”

Liverpool next play Crystal Palace in the Premier League on Sunday and then they face Cardiff City in the FA Cup on 6 February.

Carlo Ancelotti does not need reminding about what happened on this day 17 years ago. Thoughts of that wild night in Istanbul in 2005 always resurface for the Real Madrid coach in late May, but those memories are even more urgent because the 62-year-old is preparing for another Champions League final against Liverpool on Saturday in Paris.This will be the third time the Italian has faced the Merseyside club in European football’s showpiece game. That first meeting will forever haunt Ancelotti. His Milan side were 3-0 up at half-time in the Ataturk Stadium but lost on penalties after Liverpool made...
PREMIER LEAGUE・1 HOUR AGO
The Independent