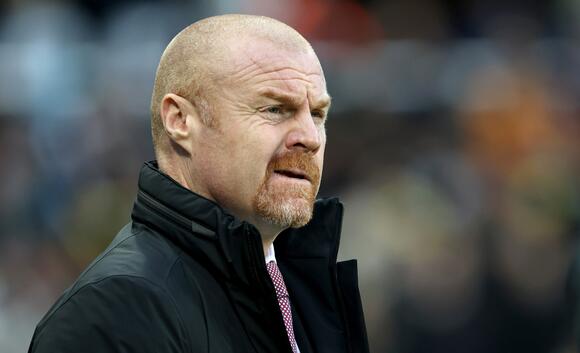 Sean Dyche is hopeful Burnley’s Covid-19 problems are behind them as he looks forward to Sunday’s match away to Arsenal going ahead.

Burnley had to request the postponement of their last two fixtures due to a shortage of players – only 10 were in training on Monday before Tuesday’s match against Watford was called off – but with several returning to Padiham in the past 48 hours Dyche is optimistic the worst is over.

“We have a few (cases) but we are looking at bit healthier,” Dyche said. “Looking at the group, we’ve got 16 out there today so at least we’re getting back to where the group wants to be. We should be fine…

“It’s been difficult but that’s just the reality of what it is, and what various clubs have been going through with the ups and downs. Hopefully we’ve parked our little spell of it.”

Burnley sit bottom of the league having played the fewest games of any league club in England. Fixtures against Everton, Aston Villa, Leicester and Watford have been postponed due to Covid the latter match called off twice, while November’s game against Tottenham was the victim of heavy snow.

The home match against Watford has been scheduled for a third time – now due to be played on February 5 at 6pm – but Dyche’s side must play catch-up with their Premier League future on the line.

But even as players return, the Clarets are short of numbers up front after the enforced sale of Chris Wood to Newcastle, who exercised a release clause in the New Zealand striker’s contract to snatch him away from their relegation rivals.

Burnley will look to the transfer market for a replacement, though as usual Dyche refused to offer any information regarding potential new arrivals – including direct questions on the possibility of signing free agent Andy Carroll – while emphasising the need to get more from the players in the building. 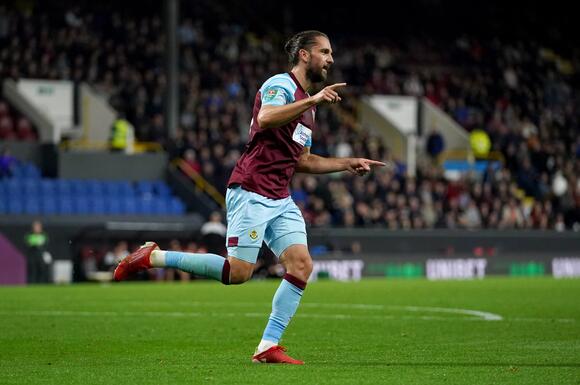 With Ashley Barnes still out with the injury which has sidelined him since late October, Matej Vydra struggling with a hernia problem and Ivory Coast forward Maxwel Cornet at the Africa Cup of Nations, that burden is likely to fall on Jay Rodriguez in the short term.

The 32-year-old has five goals this season but all of them came in the cup competitions, with his last Premier League strike coming in February 2021 against Crystal Palace.

Rodriguez has had his own struggles with injury and illness this season, but Dyche said his pedigree shows he can make a big contribution to their battle against the drop.

“Jay has a big history of playing for Burnley and playing in the Premier League so we certainly think he can operate for us,” he said.

“Off the top of my head I don’t know how many times he’s played since last February but he must be due one, eh?”

The match against Watford will now be played on FA Cup fourth-round weekend, with both sides having been knocked out of the competition at the first hurdle earlier this month.

But though a free weekend was available for that match, Burnley – who have one of the smallest squads in the league – still face the prospect of playing several midweek fixtures to try to make up for lost time.

“The games have got to be played. We hope the scheduling at least maximises the chance for us to have an extra day between games if it can allow that. We’ll just have to wait and see.”

The Premier League board has approved the proposed takeover of Chelsea by the Todd Boehly/Clearlake Consortium, the league has announced.Los Angeles Dodgers co-owner Boehly had already agreed a £4.25bn purchase of the Blues, with Roman Abramovich’s ownership tenure poised to end after 19 years.A statement from the Premier League on Tuesday evening read: “The Premier League Board has today approved the proposed takeover of Chelsea Football Club by the Todd Boehly/Clearlake Consortium.“The purchase remains subject to the Government issuing the required sale licence and the satisfactory completion of the final stages of the transaction.”Prime Minister Boris Johnson’s spokesperson earlier confirmed...
PREMIER LEAGUE・48 MINUTES AGO
The Independent

Gareth Southgate is looking forward to getting a closer look at Jarrod Bowen and James Justin ahead of the World Cup after including the uncapped pair in England’s Nations League squad.This is an international year unlike any other given the impact of the winter tournament in Qatar, meaning June is the penultimate camp before the tournament gets under way in November.It also means England are having to squeeze in four Nations League group matches in 11 days next month, with trips to Hungary and Germany followed by Molineux matches against Italy and Hungary.Southgate has named an expanded 27-man squad...
SPORTS・3 HOURS AGO
The Independent

England boss Gareth Southgate praised Jake Daniels’ bravery for becoming the UK’s first currently active male professional footballer to come out as gay and hopes players’ sexuality will not always be a discussion point.Having broken onto the scene at Blackpool this season, the 17-year-old striker became the first active male professional footballer in Britain to come out since Justin Fashanu in 1990.England manager Southgate has joined the great and good from football and beyond in praising Daniels, who he hopes finds football to be a more tolerant and safer place than in the past.“Firstly, I think Jake has incredible support...
SOCIETY・1 HOUR AGO
The Independent

West Ham forward Jarrod Bowen and Leicester defender James Justin have received their first England call-ups for the upcoming Uefa Nations League fixtures against Hungary (twice), Germany and Italy. Bowen has been rewarded for his excellent form for West Ham, which earned him a nomination for Premier League player of the season, and has been selected ahead of Manchester United pair Marcus Rashford and Jadon Sancho, who have not received an international recall. England manager Gareth Southgate has also named Fikayo Tomori in his 27-man squad after the AC Milan defender missed out on March’s World Cup qualifiers, but Eric...
PREMIER LEAGUE・1 HOUR AGO

Gareth Southgate admits recent fan behaviour is a concern but is wary any message he sends to England supporters ahead of their Nations League fixture in Germany will fall on deaf ears.The Three Lions face Hungary in their Group A3 opener on 4 June, a game which takes place behind closed doors after a number of racist incidents marred England’s last trip to Budapest.Southgate then takes his players to Munich just three days later, with reports of a large travelling band of away supporters also making the trip.The games come on the back of a domestic season which ended...
PREMIER LEAGUE・3 HOURS AGO
The Independent

West Ham defender Kurt Zouma has admitted kicking and slapping his pet cat after disturbing footage was posted on social media by his brother.The 27-year-old Frenchman pleaded guilty to two counts under the Animal Welfare Act when he appeared at Thames Magistrates’ Court in east London on Tuesday morning.Zouma was said to have meted out his violent retribution on the defenceless male Bengal cat after blaming it for damaging a chair at his home.Two cats have since been signed over to be rehomed.The court heard the “premeditated” attack was filmed by his younger brother, lower-league footballer Yoan Zouma, 24, who...
PREMIER LEAGUE・2 HOURS AGO