Blockchain-powered technologies have attracted a lot of attention over the past few years. The distributed ledger technology enables cryptocurrencies like Bitcoin (CRYPTO: BTC) to be mined, decentralized apps (dApps) to be developed, and digital media to be converted into non-fungible tokens (NFTs). It also enables companies to secure their networks, accept new payment options, track products, and optimize their supply chains.

The global blockchain market could grow at a compound annual growth rate (CAGR) of 68.4% between 2021 to 2026, according to Research and Markets, as more industries adopt blockchain-powered technologies. Two companies that are capitalizing on that market's expansion are Block (NYSE: SQ) and Riot Blockchain (NASDAQ: RIOT) .

However, both stocks were roughly cut in half over the past two months as rising interest rates squeezed investors out of higher-growth tech stocks. Is either of these beaten-down blockchain plays still worth buying right now? 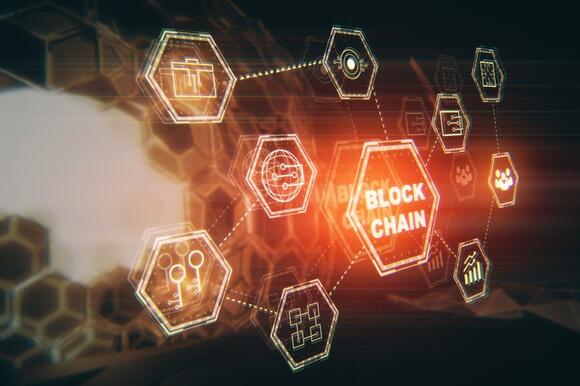 The differences between Block and Riot

Block's Cash App overtook its Seller business as its largest segment by revenue in 2020 -- since the pandemic boosted the platform's Bitcoin trades while disrupting its seller-oriented businesses -- and generated 72% of Block's total revenue throughout the first nine months of 2021.

Riot was once a failed medical device maker called Bioptix. It adopted its new name in late 2017 and transitioned into a Bitcoin mining company by purchasing thousands of miners.

Riot now operates a fleet of approximately 29,593 miners, and it plans to expand its fleet to 133,000 miners by the middle of this year. That increased processing power will enable it to mine more Bitcoins -- which are then added to its balance sheet.

Riot's fleet mined 3,812 Bitcoins in 2021 and ended the year with 4,889 Bitcoins, which are worth roughly $209.7 million as of this writing. It generates nearly all of its revenue from its Bitcoin mining operations.

Which company is growing faster?

Block and Riot both experienced big growth spurts during the pandemic, but both companies struggled as Bitcoin shed roughly a third of its value over the past two months.

Block's revenue surged 108% to $9.5 billion in 2020, as a 785% jump in Bitcoin revenue from its Cash App outpaced its anemic 2% growth in Seller revenue. Its gross margin contracted as it relied heavily on lower-margin Bitcoin trades throughout the pandemic, but it still generated a net profit of $213 million after booking a $295 million gain from its equity investments.

Riot's revenue rose 77% to $12.1 million in 2020 as its Bitcoin holdings more than doubled. But its net loss only narrowed slightly, from $20 million to $13 million, which indicated it was still spending more than two dollars for every dollar of Bitcoin it actually mined.

In the first nine months of 2021, Riot's revenue soared 1,702% year-over-year to $122.4 million as it deployed more miners and acquired the Whinstone bitcoin mining facility to accelerate that expansion and reduce its costs.

It also booked a net profit of $11.5 million, compared to a net loss of $16.6 million a year earlier, as it recognized its investment-related gains from a share-swap deal with the fintech company Mogo last June. In this deal, Mogo used its own shares to acquire Riot's stake in the Canadian cryptocurrency exchange Coinsquare. 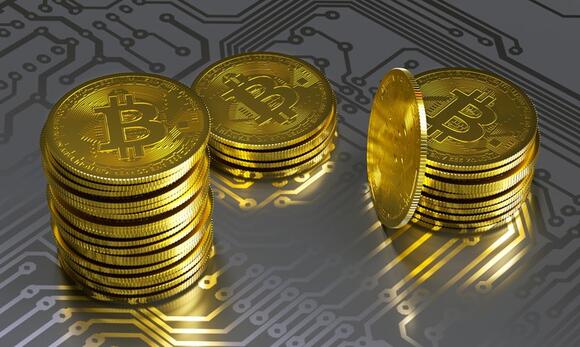 The valuations and verdict

Block and Riot Blockchain trade at three times and five times their 2022 revenue estimates, respectively. Those price-to-sales ratios seem low relative to their top-line growth, but Bitcoin's volatile price swings and rising interest rates could reduce the market's appetite for both stocks.

But if I had to pick one of these stocks right now, I'd stick with Block, for three simple reasons: It's better diversified, it isn't an all-in bet on Bitcoin , and it isn't engaged in the capital-intensive business of mining yet.

Block's Cash App, which nearly doubled its active user base in 2021, could also be a much more balanced investment on the "war on cash" and the broader blockchain market than Riot's narrower focus on Bitcoin mining.

10 stocks we like better than Block, Inc.
When our award-winning analyst team has a stock tip, it can pay to listen. After all, the newsletter they have run for over a decade, Motley Fool Stock Advisor , has tripled the market.*

They just revealed what they believe are the ten best stocks for investors to buy right now... and Block, Inc. wasn't one of them! That's right -- they think these 10 stocks are even better buys.

Secular changes in technology and culture favor some names at the expense of others.
STOCKS・17 HOURS AGO

With a solid foundation and a decent plan in place, it gets much easier to make the right decisions for your long-term financial health.
STOCKS・2 DAYS AGO
The US Sun

These stocks offer a reasonable valuation and positive returns in a challenging market.
STOCKS・2 DAYS AGO
Business Insider

The discount retailer provided its first-quarter earnings and an update for the year, and Wall Street didn't like what it saw.
STOCKS・13 HOURS AGO
The Motley Fool

Warren Buffett's approach could keep your money safer amid volatility.
STOCKS・17 HOURS AGO
The Motley Fool

Strong price performance from these three large-cap tokens has investors excited about the near-term prospects of this sector.
STOCKS・14 HOURS AGO