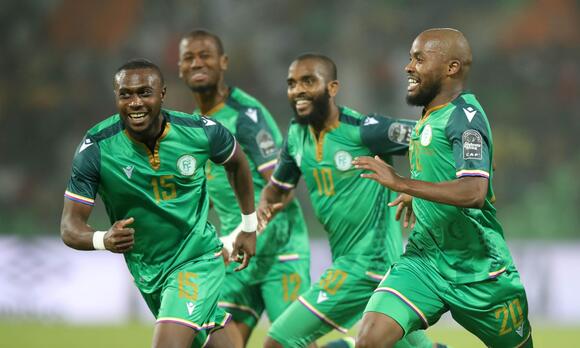 Three Burnley supporters were arrested on suspicion of discriminatory behaviour after Sunday’s match at Tottenham, the Lancashire club said, with a video appearing to show a visiting fan performing a Nazi salute. “This is now a police investigation and, collectively, we will work with Tottenham Hotspur, Met Police and...
SOCIETY・5 HOURS AGO
The Guardian

Familiar injuries raise painful prospect that end is near for Nadal

For nearly the entirety of his two-decade career, Rafael Nadal has been a picture of calm on the court. Nobody has endured as many moments of abject tension in the final rounds of the biggest tournaments but navigated them while betraying so few negative emotions, shrugging off mistakes and despair, remaining steadfastly positive.
TENNIS・2 DAYS AGO
The Guardian

The England midfielder Georgia Stanway is poised to leave Manchester City to join Bayern Munich this summer at the end of her contract. A two-year deal with the Bundesliga side is understood to have been agreed, with an announcement expected this week. Stanway, 23, will be part of England’s Euro...
PREMIER LEAGUE・1 HOUR AGO
The Guardian

The government is concerned that the £4.25bn takeover of Chelsea by Todd Boehly’s consortium could break down due to oligarch’s refusal to accept a new sale structure
PREMIER LEAGUE・1 HOUR AGO
The Guardian

Despite the title, this isn’t exactly a profile of John Toshack, Liverpool’s towering centre forward of 70s vintage. It’s in fact a likable, nostalgia-fuelled recap of his first, and arguably most improbable, achievement after he became a manager: getting Swansea City from the Fourth Division to the First in double-quick time between 1978 and 1981.
PREMIER LEAGUE・5 HOURS AGO

Silence and cheers: Mallorca back from brink after ‘inexplicable magic’

The creeping dread of relegation was at the door when the man who ‘feels Mallorca’ put his club’s destiny back in their hands. “There are times when you doubt your heart can hold up; you get the feeling they’re trying to scare you to death,” Javier Aguirre said, and he didn’t even know the half of it. It was wild enough just where he was: “inexplicable,” “liberation,” “magic,” in the words of the man who had made it happen. The bench emptied on to the pitch, fans tumbled down the stands, arms were everywhere. Over 91 minutes had gone in the penultimate game of the season when the ball dropped to Abdón Prats and he scored the goal that pulled Real Mallorca from the relegation zone, their destiny back in their own hands at the last.
SOCCER・3 HOURS AGO
The Guardian

Andrew Symonds, who has died aged 46 following a single-car accident in North Queensland, played 26 Tests and 198 one-day internationals for Australia when they were the best team in the world at both. In any other era he would probably have doubled his tally of caps, and had he been a little more circumspect in his enthusiasm for post-match revelry might have sat alongside Keith Miller and Richie Benaud as one of his country’s greatest all-round cricketers. Instead, he had to settle for the perch just below.
OBITUARIES・2 HOURS AGO
The Guardian

Chelsea have Robert Lewandowski on radar despite Barcelona leading the race

Chelsea could join the race to sign Robert Lewandowski despite the Bayern Munich forward favouring a summer move to Barcelona. Lewandowski’s future is up in the air after he made clear he was unwilling to extend his Bayern contract, which expires in the summer of 2023. The Poland international has long been interested in playing in Spain and sources have indicated that he has verbally agreed a three-year deal with Barça, who are working to sign him.
PREMIER LEAGUE・5 HOURS AGO
The Guardian

Minute-by-minute updates: A place at Wembley is on the line tonight after the first leg ended 1-1. Get the latest from John Brewin
SOCCER・38 MINUTES AGO
The Guardian

The days of nul points are over! Plucky little Britain has cornered the Eurovision sympathy vote | Zoe Williams

After years of almost constant disappointment, the UK came within spitting distance of a Eurovision victory. Shame about the collateral damage, writes Zoe Williams
WORLD・3 HOURS AGO
The Guardian

Bordeaux are not known for their stability. Since appointing former France defender Willy Sagnol in 2014, the club has burned through 10 managers. Only two of them have lasted more than 42 games. Bordeaux have lurched from struggling in the bottom half to racing toward Europe before imploding again. Their cycle of boom and bust has finally proven unsustainable. Their goalless draw with Lorient on Saturday leaves them bottom of the Ligue 1 table, three points behind Metz, who occupy the relegation playoff spot. With just one game to play and with a far worse goal difference than Metz, Bordeaux are going down to Ligue 2.
SPORTS・5 HOURS AGO
The Guardian