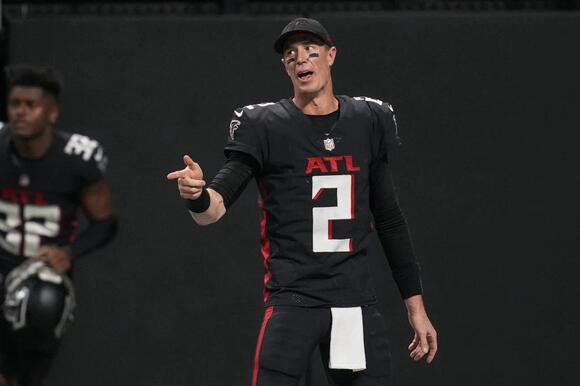 When modern football fans think of the Atlanta Falcons, quarterback Matt Ryan is likely one of the first names that comes to mind. With the franchise since 2008, when the organization made him the third overall pick, Ryan has had a great 14-year career, including an MVP in 2016.

While Ryan is undoubtedly the greatest quarterback in franchise history, some have wondered if the Falcons would like to move on from Matty Ice after missing the playoffs for the fourth consecutive season. Is an offseason trade on the horizon for Ryan?

One of the biggest reasons why the Falcons likely won’t part with Matt Ryan is due to his contract. Set for a magnanimous $48.6 cap hit in 2022, trading him before June 1 brings a $40 million dead-cap hit to the Falcons’ salary.

It’s likely a chunk the organization can’t afford to pay a player who won’t even contribute to the team, if he’s off the roster entirely. The Falcons need to continue their retooling effort. Not having an experienced quarterback like Ryan with no other feasible protege on the roster, while being short $40 million isn’t a great way to build a competitive team.

There is another, much more unconventional route the team could take. If they waited until after free agency, after the draft, waiting for June 1 to pass, they could then trade Ryan, spreading the cap hit over the next two years instead of taking the hit all at once on their 2022 payroll. But, unless the Falcons already have a QB ready to take over in the starting lineup by June 1, don’t expect them to suddenly trade Ryan just months before their season begins.

Unless they want to embrace a full-blown taking effort aimed at landing a top draft pick in 2023, the Falcons are a strong bet to stick with Matty Ice once again next season.

That doesn’t necessarily mean they won’t attempt to draft and begin developing a potential replacement for Ryan in this year’s draft, but his starting spot seems secure for at least another year. Especially with how underwhelming the free agency pool for veteran quarterbacks is in 2022. 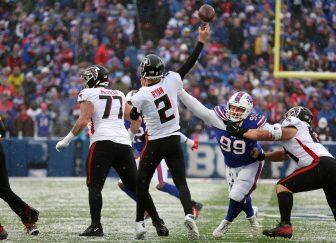 The Dallas Cowboys are the current home of one of the most explosive and promising young defenders in the NFL.
ARLINGTON, TX・10 HOURS AGO

The 2000 Baltimore Ravens were a popcorn-worthy time. Long before we streamed highlights on our cell phones and could catch
BALTIMORE, MD・2 DAYS AGO
Sportsnaut

Chances are, when compared to last year, everyone involved with the New York Jets are feeling 100x better about their
NFL・22 HOURS AGO
Sportsnaut

Following their surprise Super Bowl LVI appearance, one of the top defenders and team captain Jessie Bates was hit with
CINCINNATI, OH・20 HOURS AGO
Sportsnaut

As the NCAA and every college program tries to figure out how to adjust in the new era of Name,
TUSCALOOSA, AL・1 DAY AGO

Despite entering the league as a third-round pick in the 2012 NFL Draft, T.Y. Hilton has racked up nearly 3,000
INDIANAPOLIS, IN・19 HOURS AGO
Sportsnaut

Sam Koch retired from the NFL after 16 seasons, 256 games and one Super Bowl ring with the Baltimore Ravens.
BALTIMORE, MD・18 HOURS AGO
Sportsnaut

Cincinnati Bengals quarterback Joe Burrow has a great deal of respect for his AFC North counterpart Baker Mayfield. However, he
CLEVELAND, OH・20 HOURS AGO
Sportsnaut

The Tennessee Titans agreed to terms with wide receiver Treylon Burks, the No. 18 overall pick in the 2022 NFL
NASHVILLE, TN・2 DAYS AGO
Sportsnaut

From the very first time Dalvin Cook took the field with the Minnesota Vikings after being the 41st pick in
MINNEAPOLIS, MN・15 HOURS AGO
Sportsnaut

Nowadays, NFL stars can be found on nearly every team at the wide receiver position, but there was a time
NEW ORLEANS, LA・21 HOURS AGO