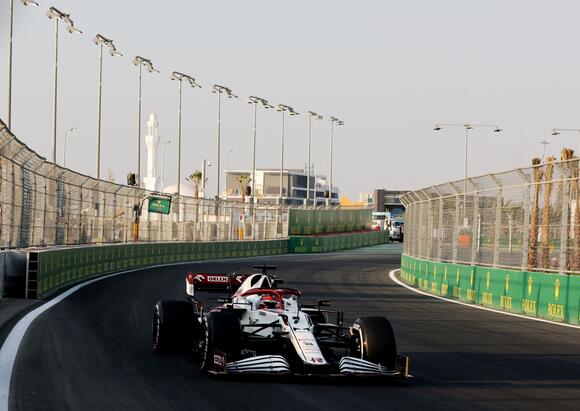 The competition in Formula 1 will be closer with multiple cars expected to be in the mix in 2022, according to an FIA chief.

Regulation changes have been introduced for the upcoming season to improve the aerodynamics of the car and teams like Alfa Romeo and Haas could capitilise. Head of Single Seater Technical Matters at the FIA , Nikolas Tombazis, says he expects those underdog teams to challenge for race wins.

“It is difficult to expect it to be more exciting than [2021] because that is a very high point of reference,” said Tombazis, quoted by Autosport. “But I think once there’s a bit of convergence, I think there will be more cars in the mix and I think that would be positive.

“When I was looking at some old championships, I read recently we once had 11 winners in a year and you could win a championship with a few wins. I’m not saying we will get to that point, but of course I think to have more variability would be good.

“Also to have people who can genuinely follow closer for longer periods and not overheat the tyres, and still be able to fight for prolonged periods, I think that would be quite exciting.”

In recent seasons Mercedes have been dominant and it was only in the 2021 campaign that Red Bull caught them up to set a thrilling title race between Lewis Hamilton and Max Verstappen .

The Dutchman came out on top and the controversial circumstances surrounding the outcome of the Abu Dhabi race could see Hamilton take a step away from the sport.

The British star has hardly been in public since the grand prix in December and is thought to not be making a decision on his F1 future until an inquiry is published about the 2021 conclusion.