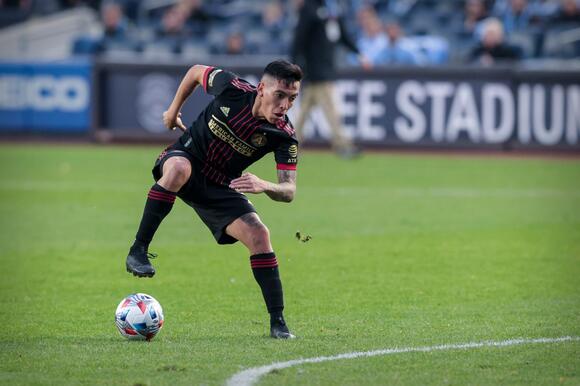 Atlanta United has been active this offseason bringing in players with the headliner being Thiago Almada. But to make room for Almada as a designated player they had to move one of the current DPs.

It seems that Barco is the odd-man-out among the designated players currently on United's roster and after weeks of rumors and fallout it appears his immediate future is set as he will be returning to his home country of Argentina.

The terms of Barco's loan are reportedly for one season and River Plate will have an option to purchase his contract outright as well.

Atlanta United Striker Josef Martinez ahead of schedule in his rehab

Atlanta United Analyst Jason Longshore details the latest updates on Josef Martinez’s knee and rehab and why he could be back sooner than expected.
ATLANTA, GA・1 DAY AGO