Should You Invest in Dogecoin in 2022?

Thanks to the meme-stock mania that took over the market last year, Dogecoin (CRYPTO: DOGE) was a star. The popular token, created as a fun competitor to Bitcoin (CRYPTO: BTC) , skyrocketed almost 12,000% from the start of 2021 to its all-time high on May 8. Since then, however, Dogecoin has lost more than 70% of its value.

You might be viewing this as a lucrative opportunity to scoop up some cheap DOGE, the name of this dog-inspired cryptocurrency 's native token. Does Dogecoin, now the 11th most-valuable cryptocurrency with a market cap of $21 billion, make a good investment this year? Let's find out. 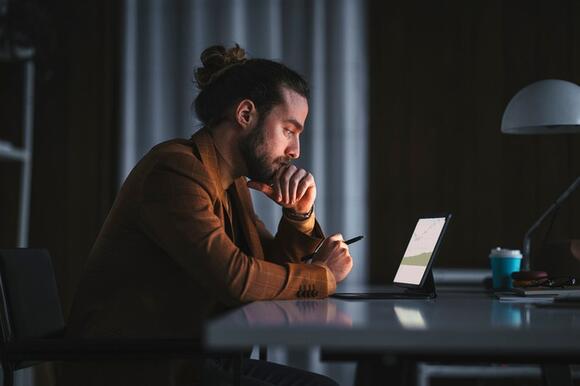 Like Bitcoin, Dogecoin is a blockchain built solely as a payments network. It uses a proof-of-work consensus mechanism , which requires miners to solve complex math problems with expensive, high-powered computers to earn the right to validate transactions. Dogecoin's advantage versus Bitcoin is that it's cheaper and faster to process transactions.

But Dogecoin has virtually no utility. According to the website Cryptwerk, there are just 1,900 businesses that accept it as payment. Data from Statista tells us that there are more than 213 million companies worldwide. This alone demonstrates the lack of legitimacy that Dogecoin carries as a payment method.

Perhaps the most prominent organization that accepts Dogecoin is the National Basketball Association's Dallas Mavericks. Fans can buy tickets and merchandise with the token. This shouldn't come as a surprise because the Mavericks' team owner, billionaire Mark Cuban, is a huge fan of Dogecoin and crypto in general. AMC Entertainment Holdings , the poster child of the meme-stock craze, is set to accept Dogecoin sometime in March. And Tesla Chief Executive Officer Elon Musk recently tweeted that consumers could buy certain merchandise from the electric-vehicle company with Dogecoin. These moves appear to be nothing more than publicity stunts.

Because the number of coins is uncapped (there are more than 130 billion DOGE tokens in circulation, with 10,000 more being created every minute), it would require enormous demand to outpace a rapidly growing supply for the coin's price to rise over time. But aside for being accepted as a payment method purely for fun, there aren't many uses for Dogecoin. This inevitably limits its upside.

There also aren't many developers working on advancing the meme crypto, further adding to the bear case. Even its founders, Billy Markus and Jackson Palmer, who started Dogecoin as a joke, stopped working on its development in 2015.

Can't bank on the hype cycle

As a rule of thumb, investors should take a long-term approach, with a time horizon of five years or longer. That being said, I don't think anyone can seriously consider buying Dogecoin with the intention of owning it for that length of time. Adding Dogecoin to your portfolio would be based entirely on speculation. The hope is that it attracts attention on social media and the price quickly appreciates. This is more like gambling than true investing.

With any cryptocurrency, the potential for real-world use cases is what matters. And as I discussed above, Dogecoin is seriously lacking in this respect. Therefore, I believe investors should avoid it in 2022.

Crypto billionaire Brock Pierce says that Bitcoin (BTC) will either fail spectacularly or become massively successful. In a Fox Business interview, Pierce, who is the chairman of the Bitcoin Foundation, says that investors should refrain from going all-in on the leading crypto asset. “[Bitcoin] could go to zero. It’s a...
STOCKS・19 DAYS AGO
dailyhodl.com

Richest Bitcoin Whale Splurges $90,000,000 on BTC in Less Than a Month Amid Crypto Market Tumble

The richest non-exchange wallet is on a Bitcoin (BTC) accumulation spree despite the downturn in the crypto market. The wallet, which ranks third by the number of Bitcoin it holds behind two exchange wallets, bought approximately 3,015 BTC over the past three weeks. At the start of May, the richest...
MARKETS・8 DAYS AGO
dailyhodl.com

Top Crypto Analyst Says One Altcoin Has Dropped to ‘Once in a Lifetime Opportunity’, Updates Bitcoin and Ethereum Forecast

A widely followed crypto analyst says Bitcoin (BTC) could test the $24,000 range before moving up. Crypto trader Michaël van de Poppe tells his 598,300 Twitter followers that BTC must break $29,600 to move back up into the $30,000 range. “Bitcoin has cleared all the liquidity beneath the lows...
MARKETS・14 DAYS AGO
dailyhodl.com

Bitcoin (BTC) Is About To Do the Unexpected as One Historically Accurate Indicator Pops: Analyst Nicholas Merten

As bearish sentiment mounts, closely followed crypto analyst Nicholas Merten says Bitcoin (BTC) is about to surprise everyone. In a new strategy session, Merten tells his 516,000 YouTube subscribers that while price action continues to look grim for BTC, one indicator is suggesting that the downward trend is behind us.
MARKETS・3 DAYS AGO

One is a market leader. The other is an up-and-coming player.
MARKETS・12 DAYS AGO
Markets Insider

Elon Musk told investors he'd probably double or triple their money if they backed his Twitter deal, The NYT reported. He even told them they could see a return of five to ten times if all went well, a source told the newspaper. Musk said Thursday he'd received a further...
STOCKS・21 DAYS AGO
Markets Insider

Following an epic share price decline of more than 27% this week, Coinbase issued a stark warning to customers: Your crypto is at risk if the exchange goes bankrupt. According to Coinbase's official website, the company has more than 98 million verified users. It is the largest cryptocurrency exchange platform in the United States.
STOCKS・15 DAYS AGO

Elon Musk on housing bubble: ‘They dug their own graves — a lesson we should all take to heart’

Tesla CEO Elon Musk recently added the housing market into the mix of his Twitter commentary. Musk weighs in on housing: Musk’s commentary stemmed from a tweet by Dogecoin co-founder Billy Markus (who uses the Twitter name Shibetoshi Nakamoto) saying cryptocurrency was “created as a statement against central bank control” after the Great Recession that followed fallout from the 2008 housing bubble burst, which was fueled by a subprime mortgage crisis.
REAL ESTATE・9 DAYS AGO
Benzinga

Elon Musk Says US Is Already In A Recession, Could Last Up To 18 Months Before 'Boom Time Again'

Tesla Inc TSLA CEO Elon Musk said Monday the U.S. is probably in a recession— and added that it could get worse and last up to a year-and-a-half. What Happened: The billionaire entrepreneur, who was speaking remotely at an All-In Summit being held in Miami, said recession could lead to misallocation of capital and warned companies should to ensure they have enough reserves.
BUSINESS・9 DAYS AGO
Benzinga

If You Invested $1,000 When Elon Musk Said The Price Of Tesla Shares Was Too High, Here's How Much You'd Have Now

The world’s richest man is no stranger to using the social media platform Twitter Inc (NYSE: TWTR) to share his opinions on numerous topics. A tweet in 2020 highlighted the share price of one of his own companies. What Happened: On May 1, 2020, Tesla Inc (NASDAQ: TSLA) CEO...
STOCKS・24 DAYS AGO
Fortune

A Bitcoin margin call. If the world’s leading cryptocurrency drops below $21,000, Michael Saylor’s MicroStrategy will be forced to pay up

Sign up for the Fortune Features email list so you don’t miss our biggest features, exclusive interviews, and investigations. Michael Saylor is perhaps one of the most fervent supporters of Bitcoin on the planet—and that’s saying something, given the almost cultlike community behind the world’s leading cryptocurrency.
MARKETS・22 DAYS AGO
dailyhodl.com

Hundreds of thousands of crypto traders are getting their positions liquidated as Bitcoin (BTC) and the rest of the digital asset market witness a massive sell-off event. Data from cryptocurrency futures trading and information site Coinglass reveals that $1.01 billion worth of trader positions in crypto assets were wiped out in the last 24 hours.
STOCKS・17 DAYS AGO
Newsweek

Treasury Secretary Janet Yellen said that financial regulators would soon release a report on the risks of cryptocurrency and other digital assets.
STOCKS・14 DAYS AGO
dailyhodl.com

Shark Tank star Kevin O’Leary is taking stock of the altered crypto landscape after billions of dollars were liquidated when two large-cap digital assets collapsed earlier this month. In a new interview with Stansberry Research, O’Leary says the demise of the TerraUSD (UST) algorithmic stablecoin and its affiliated Terra...
STOCKS・2 DAYS AGO
The Motley Fool

These stocks are trading at a discount, making them better buys for income investors.
NEW YORK CITY, NY・23 HOURS AGO
Benzinga

Someone Just Sent 1,658 Bitcoin Onto Coinbase

What happened: An anonymous cryptocurrency wallet holding $50,352,799 of Bitcoin BTC/USD just transferred their funds onto Coinbase. The bitcoin wallet address tied to this transfer has been identified as:. 19TqXjwJYgG9SyLrjCW5wite9CV4QDtotp. You can view more details about the transaction here. Why it matters: Cryptocurrency transfers from wallets to exchanges is typically...
CURRENCIES・7 DAYS AGO
The Motley Fool

Crypto may be in a slump, but that doesn't mean you can't invest.
MARKETS・4 DAYS AGO
u.today

During an interview that took place in Davos, Switzerland, earlier today, Ripple CEO Brad Garlinghouse said that he agrees with Ethereum co-founder Gavin Wood's recent statement about how many cryptocurrencies will not survive. "I would echo that," Garlinghouse remarked. Crypto's pre-Cambrian stage. In 2019, Garlinghouse famously predicted that 99% of...
MARKETS・1 DAY AGO
u.today

Cryptocurrency exchange MEXC Global has announced that its users can now trade Shiba Inu and Dogecoin, the two largest meme cryptocurrencies, as well as ApeCoin (APE) against Circle’s USDC stablecoin. Prior to that, it was possible to trade these cryptocurrencies only against Tether’s USDT stablecoin. In January, MEXC...
MARKETS・18 HOURS AGO