Near the end of 2021, a broad downturn hit the tech sector and nearly every stock that is focused on technology, data, and artificial intelligence. The NASDAQ -focused Invesco QQQ Trust is down 10% from its all-time high as of this writing,  and many high-growth tech stocks have recorded far steeper declines. However, Wall Street analysts have initiated coverage of some of these stocks during the market correction, calling out the opportunity for significant upside.

One stock in particular is Planet Labs (NYSE: PL) . The company began trading publicly in Dec. 2021 following an SPAC transaction , yet it already has seven analysts covering the stock, many of which have aggressive growth projections for the business. Goldman Sachs analyst Noah Poponak initiated coverage on the stock with a price target representing 75% upside from current levels. This figure represents just one analyst's opinion, so that projection isn't the end-all, be-all for your investment decision. However, it does warrant a closer look at Planet Labs given its growth potential. 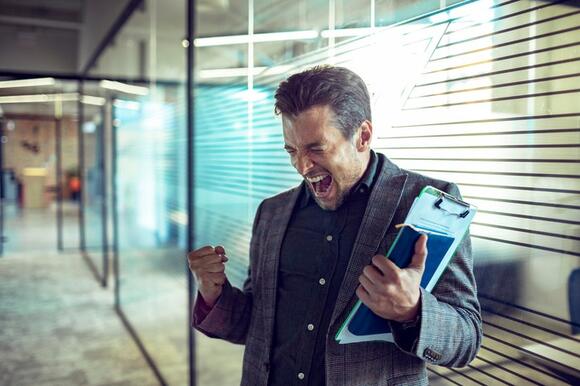 What is Planet Labs?

Planet Labs wants to change the way businesses and governments look at the world by providing Earth images for analysis. The company has over 240 satellites in space today taking high-definition images of the world. This fleet is the largest Earth-imaging fleet in history, and it has allowed Planet Labs to capture daily images over the past decade. This unrivaled portfolio of data is not physically replicable by its competitors, giving the company a major competitive advantage.

The breadth of this data has attracted over 700 customers and $100 million in annual recurring revenue, ranging from agricultural users to government agencies. Planet Labs does have some customer concentration -- 23% of its revenue came from just two customers in the first nine months of 2021 -- but their share of the top line has been decreasing.

The company's business model is more attractive than meets the eye. Its gross margin is low at 37% for the first three quarters of fiscal 2022, but this is rapidly expanding as the company scales -- new customer sign-ups boast a margin as high as 96%. If users want access to more images, they have to pay more, setting the stage for a lucrative land-and-expand strategy for Planet Labs.

The company's unrivaled data set makes it the top dog in this space, and with enough satellites in orbit to continue capturing images of Earth every day, the company will continue to hold that position. This makes it incredibly difficult for a competitor to disrupt the industry. Any attempts would require a massive investment to just match Planet Labs' existing scale.

Despite these strong attributes, there are concerns about the future of the business . Currently, Planet Labs only sells its data. The company makes the data "machine-learning ready" for customers, but that leaves out many users who do not have AI engines . Management is working on developing analytics tools to help customers analyze its images. This would not only make the company's offerings more valuable, but it also unlocks a new customer base.

Another risk for the business is its steep losses. In the first nine months of fiscal 2022, the company reported a net loss of $91 million, or 97% of revenue. This figure improved slightly from the year-ago period when losses made up 108% of revenue, but it's still a concern. The company is also burning cash: Free cash flow almost hit negative $30 million in the first nine months of the year.

With the adoption Planet Labs has seen for its Earth imaging capabilities, its financials should continue to improve over time. The company acquired an agricultural analytics company, VanderSat, to fuel the growth of its analytics capabilities. If the company can leverage that deal and the creation of an AI platform, it should see boosts to revenue per customer, revenue growth, and customer count (and in turn, its profitability and cash flow).

While there are no guarantees, the opportunity in front of Planet Labs is significant. This is likely why multiple analysts have bullish outlooks for the stock. Even if the company does not live up to those analysts' near-term projections, the company still presents an attractive buy for long-term investors.

10 stocks we like better than Planet Labs PBC
When our award-winning analyst team has a stock tip, it can pay to listen. After all, the newsletter they have run for over a decade, Motley Fool Stock Advisor , has tripled the market.*

They just revealed what they believe are the ten best stocks for investors to buy right now... and Planet Labs PBC wasn't one of them! That's right -- they think these 10 stocks are even better buys.

Boomers are leaving the stock market. Here’s what comes next, says this strategist.

Stocks are in the green for Thursday, with Facebook parent Meta Platforms in the driver’s seat after less disastrous than feared results. Gains are a bit less than what stock futures were promising though. With earnings, inflation, a COVID-19 resurgence and war all in the balance, any gained ground...
STOCKS・18 DAYS AGO
The Motley Fool

Here's what the Oracle of Omaha likes about these stocks.
STOCKS・3 DAYS AGO
Benzinga

Jim Cramer Recommends To Not Sell This Stock

On CNBC’s "Mad Money Lightning Round," Jim Cramer said American Airlines Group Inc AAL had a good quarter. However, he believes United Airlines Holdings, Inc’s UAL quarter was even better. When asked about OptimizeRx Corporation OPRX, Cramer said "There’s not enough there at that company." The "Mad...
STOCKS・24 DAYS AGO
Motley Fool

Forget Apple and Bank of America: This Is Warren Buffett's Favorite Stock

Warren Buffett has created more than $760 billion in value for shareholders since 1965. Although Apple and BofA are Berkshire Hathaway's largest holdings, Buffett has spent far more buying another stock. You’re reading a free article with opinions that may differ from The Motley Fool’s Premium Investing Services. Become a...
STOCKS・25 DAYS AGO

A member of a superyacht crew also told The Times of London that one owner had his bar stools made from whale foreskin.
BOATS & WATERCRAFTS・22 DAYS AGO
inputmag.com

Elon Musk, the world’s wealthiest man, who thinks tunnels are immune to natural disasters, is purchasing Twitter. The company confirmed on Monday afternoon that it had accepted the billionaire’s offer. “Twitter, Inc. today announced that it has entered into a definitive agreement to be acquired by an entity wholly owned by Elon Musk, for $54.20 per share in cash in a transaction valued at approximately $44 billion,” reads the official press release. “Upon completion of the transaction, Twitter will become a privately held company.”
BUSINESS・20 DAYS AGO
Fortune

Wall Street’s dark day finishes with a bloodbath as the Dow falls over 1,000 points in stocks’ worst day since 2020

Sign up for the Fortune Features email list so you don’t miss our biggest features, exclusive interviews, and investigations. U.S. stocks nosedived on Thursday, more than wiping out gains from Wednesday’s rally as investors continue to digest the Federal Reserve’s first half-point rate hike since 2000. The...
STOCKS・11 DAYS AGO

These three stocks could help your portfolio weather the current economic uncertainties.
STOCKS・3 DAYS AGO
The Motley Fool

Could This Stock's 9.9% Dividend Yield Be a Golden Ticket?

Can you rely on Omega Healthcare's extremely high payout?
STOCKS・3 DAYS AGO
The Motley Fool

Dividend stocks are a safe haven for investors in a period of market turmoil.
STOCKS・2 DAYS AGO
MarketWatch

Based on 19 bear markets in the last 140 years, here’s where the current downturn may end, says Bank of America

At nearly the halfway mark in a volatile year of trading, the S&P 500 index is down, but not out to the point of an official bear market yet. According to a widely followed definition, a bear market occurs when a market or security is down 20% or more from a recent high. The S&P 500.
STOCKS・9 DAYS AGO
The Motley Fool

1 Dividend Stock That Could Help You Retire Rich

It is both a growth and income stock that is poised for success.
STOCKS・3 DAYS AGO
Motley Fool

If You're a Coinbase Shareholder, Prepare for a Disappointing Q2

Market volatility is exposing problems with some growth stocks.
STOCKS・1 DAY AGO