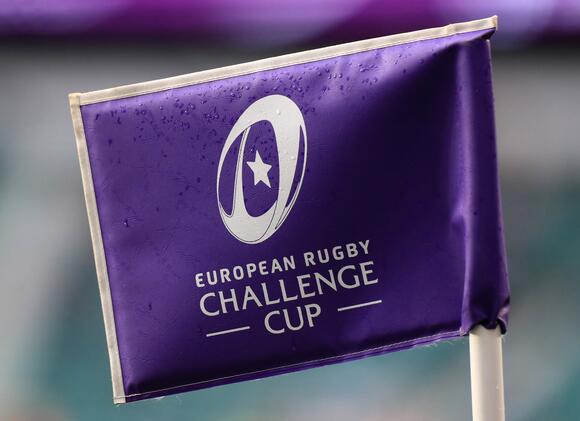 Newcastle ’s European Challenge Cup game against Toulon on Saturday has been cancelled due to coronavirus cases at the Gallagher Premiership club.

Tournament organisers European Professional Club Rugby said Newcastle had informed them they were not in a position to fulfil the fixture at Stade Felix-Mayol.

As a result, Public Health England has advised Newcastle not to travel to France.

Newcastle rugby director Dean Richards said: “It is bitterly disappointing news because we had been looking forward to this important fixture between the two unbeaten teams in our group.

“We understand it will be frustrating for those supporters who were planning to travel out to France, or who had already done so, as well as those looking forward to watching on TV.

“We have taken on board all the relevant advice from Public Health England, and unfortunately it just wasn’t possible for us to fly out to France and play the game in a safe manner.”

EPCR said that a match resolution committee will now be convened to determine the outcome of the game.

Sir Andrew Strauss aims to make the England men’s team “the best in the world at all formats” within the next five years.The former England captain and director of cricket is overseeing a high performance review into English cricket, with Sir Dave Brailsford and Dan Ashworth among a “wide range of experts” taking part.While England are one-day international world champions and ranked second in 50-over and T20 cricket, the red-ball side are bottom of the World Test Championship, winning just one of their last 17 matches.A wide-ranging investigation will look into domestic structures and whether the county system properly prepares...
SPORTS・3 HOURS AGO
The US Sun

SPURS fans have been revelling in a week of good news, with Champions League qualification and owners Enic making a £150million cash injection. And the club are set for a further boost as the growing success of their 63,000-capacity home increases the likelihood of a money- spinning naming rights deal.
NFL・26 MINUTES AGO
The Independent

Jose Mourinho resumes his hunt for trophies on Wednesday night, as his AS Roma side take on Eredivisie side Feyenoord in the first-ever Uefa Europa Conference League final.Neither club has been in the hunt for silverware on the domestic scene this term, with Feyenoord third in the Dutch top flight and Roma down in sixth in Serie A. But in Europe it’s a different matter, with both sides now having a glorious chance to end the 2021/22 campaign by writing their names into club folklore. The final itself is being held in Tirana, Albania, with Roma getting past the likes of Bodo/Glimt, Vitesse and Leicester en route. Feyenoord, meanwhile, saw off Partizan, Slavia Prague and Marseille to reach this stage.The Dutch club won the old Uefa Cup in 2002, their last continental trophy, while Roma have never won a major European competition - the Inter-Cities Fairs Cup dring the 60s and the Anglo-Italian Cup 50 years ago are their only triumphs on this stage, with no trophy of any sort won since the 2008 Coppa Italia. Mourinho and his side are going all-out to end that barren run. Follow the Europa Conference League final match action and updates below:
UEFA・51 MINUTES AGO