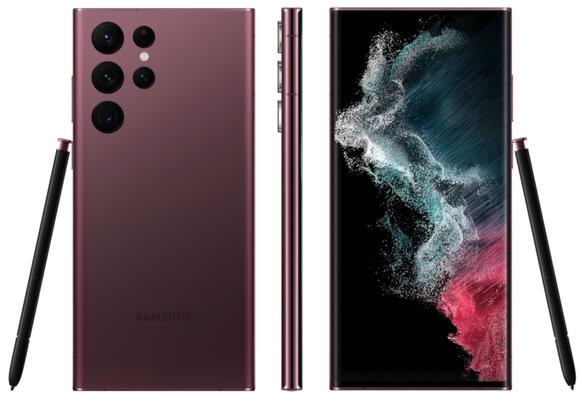 The first few months of the year belong to the newest Samsung flagship when it comes to hype and anticipation. Like its predecessors, the Galaxy S22 series is seeing similar buzz ahead of its mid-February launch. But unlike other Galaxy S versions, this time, it’s very different. Rumors say the Galaxy S22 Ultra will be the first Galaxy S model with a built-in S stylus. It’ll be the Note 22 equivalent that some buyers have been waiting for. And Samsung just went ahead and confirmed that the Galaxy S22 Unpacked launch event will take place in February. Moreover, the Korean giant practically confirmed the rebirth of the Note line.

Samsung mobile division president TM Roh penned a blog post on Samsung’s website where he confirmed the Galaxy S22 launch will happen in February 2022. The exec did not offer an actual date for the Unpacked event. That was not even the point of his editorial.

Instead, Samsung is all about driving up hype for the next-gen Galaxy S flagship:

At Unpacked in February 2022, we’ll introduce you to the most noteworthy S series device we’ve ever created. The next generation of Galaxy S is here, bringing together the greatest experiences of our Samsung Galaxy into one ultimate device.

The blog reads like an ode to the Galaxy Note, with Roh highlighting the iconic features of the Note series — the big display and the S Pen stylus. The Samsung exec also acknowledged the backlash for the Note cancelation last year. This all seems to imply that Samsung is about to fix everything with the new Galaxy S22 launch:

We know many of you were surprised when Samsung didn’t release a new Galaxy Note last year. You loved the unparalleled creativity and efficiency of the Galaxy Note series, which enabled you to switch from gaming nirvana to high-octane productivity in the blink of an eye. You raved about the lifelike S Pen, which many say rivals putting ink to paper. And we haven’t forgotten about these experiences you love.

Roh did not go as far as to confirm that the Galaxy S22 Ultra will be Samsung’s new Note model. After all, we saw plenty of leaks showing the final design of the handset . The Galaxy S22 Ultra looks like a Note and features a built-in stylus.

But the previous quote, which confirms the Galaxy S22 launch event, is also a brilliant teaser. The “most noteworthy S series” Samsung ever created can only be the Galaxy S22 Ultra. It’s the only device that can bring together “the greatest experiences of our Samsung Galaxy into one ultimate device.”

Finally, Samsung also released the following Galaxy S22 launch event teaser video, which shows two distinct phone designs merging into a single handset. As seen in the screenshot above, we’re looking at what appears to be a Galaxy S (left) and a Galaxy Note (right).

Separately, Samsung opened reservations for the “next Galaxy” on Friday. You can sign up to be among the first people to preorder the Galaxy S22 or the Galaxy Tab S8. As a reward, you’ll get an extra $50 Samsung credit for your order.

The Galaxy Z Fold 3 fixed several problems that affected the previous two generations. The 2021 handset is more durable than its predecessors, including the foldable screen. And it’s more affordable than Samsung’s previous Fold versions. But the Fold 3 still had some issues that customers complained about. One example is the camera, which Samsung might fix with the next-gen Galaxy Z Fold 4 phone.
CELL PHONES・3 DAYS AGO
BGR.com

Memorial Day 2022 is now exactly two weeks away. Yes, that means you’ll get to enjoy a long weekend and perhaps a barbecue. But more importantly, it means there are some seriously amazing sales out there right now!. To start things off on Monday, there’s a great deal that...
SHOPPING・3 DAYS AGO
BGR.com

Memorial Day 2022 is just over one week away and we’re sure you’re all looking forward to the long weekend. Of course, we’re far more excited about all the crazy deals out there right now!. Highlights on Thursday include Apple AirPods 3 for just $149.99. That matches...
ELECTRONICS・6 HOURS AGO
BGR.com

Do you want a professional-grade 4K camera drone from a big-name brand? Sadly, it can easily set you back $1,000 or even more. At best, you’re going to spend $800 if you want decent features and a 3-axis gimbal. That’s one of several reasons why we’re such big fans...
RETAIL・6 DAYS AGO
electrek.co

As part of a lawsuit between shareholders and Elon Musk regarding his “funding secured” tweet, new text messages and emails between Musk and people involved have been released. The communications pretty much confirmed how most people saw the situation: Elon Musk took a meeting with the head of...
BUSINESS・24 DAYS AGO
BGR.com

The signs that a massive shift is underway at the world’s biggest streaming service continue to mount. A looming Netflix password-sharing crackdown, the launch of an ad-supported tier, price increases, and fan-favorite shows canceled right and left — it’s led to something of a backlash from not only Netflix subscribers. But also the media and analysts who’ve breathlessly sung the company’s praises for years. And that’s not all.
TV & VIDEOS・4 DAYS AGO
Inc.com

Elon Musk, the world’s wealthiest man, who thinks tunnels are immune to natural disasters, is purchasing Twitter. The company confirmed on Monday afternoon that it had accepted the billionaire’s offer. “Twitter, Inc. today announced that it has entered into a definitive agreement to be acquired by an entity wholly owned by Elon Musk, for $54.20 per share in cash in a transaction valued at approximately $44 billion,” reads the official press release. “Upon completion of the transaction, Twitter will become a privately held company.”
BUSINESS・24 DAYS AGO
BGR.com

Get any new flagship smartphone and it’ll probably come with at least 128GB of storage onboard. The only odd exception is the 2022 iPhone SE refresh, which starts at 64GB. From 128GB, you can bump the flash memory to 256GB on most devices. Some flagships go even higher, offering 512GB and 1TB storage tiers. And some Android devices take microSD cards that let you expand available local storage even more. With that in mind, we expect the iPhone 14 phones to launch with at least 128GB onboard. But one rumor says that iPhone 14 Pro storage might start at double that amount, or 256GB.
CELL PHONES・1 DAY AGO
BGR.com

Everyone loves smart home gadgets and it’s pretty easy to see why. They can add so much convenience to your life by simplifying daily tasks. On top of that, it’s just so cool to be able to control things with your smartphone or a voice command. We’re truly living in the future, especially with Amazon Alexa smart plugs that let you control things with simple voice commands!
ELECTRONICS・6 DAYS AGO
BGR.com

Nintendo Switch 2 could be on track to launch in 2024

March was the five-year anniversary of the launch of the Nintendo Switch. The Switch has been an unmitigated success story for Nintendo, receiving critical acclaim for its design and a robust library of games. Nintendo has shipped more than 100 million Switch consoles. The Switch is also the best-selling console of 2022 in the US so far, topping PlayStation and Xbox. But as with every console generation, this one will come to an end eventually. As such, one industry analyst is predicting that Nintendo will launch the Switch 2 in 2024.
VIDEO GAMES・2 DAYS AGO
BGR.com

If you purchase an independently reviewed product or service through a link on our website, we may receive an affiliate commission. When you hunt for deals on Amazon, you’re probably often looking for popular products like Apple AirPods and Instant Pots. Yes, it’s great to save some money on best-sellers like those, but you’re not going to wow anyone with them. There are so many cool gadgets on Amazon. And some of the best Amazon finds cost under $40!
ELECTRONICS・8 HOURS AGO
BGR.com

Power strips on Amazon are great, but it should go without saying that smart plugs are essential tech in any smart home. They also happen to provide what is by far the easiest way to add smart features to any dumb device. It couldn’t be any easier to set up...
ELECTRONICS・1 DAY AGO
BGR.com

The weekend has arrived! And thankfully, it brought a ton of spectacular deals with it. Highlights from today’s abridged roundup include a #1 best-selling smart TV for just $99.99. Or, if you want an even better deal, you can score a TCL 40-inch Roku TV and soundbar bundle for just $229.95. That’s a $200 savings!
ELECTRONICS・5 DAYS AGO
BGR.com

Reports said a few months ago that Disney is studying an ad tier subscription for its Disney Plus streaming service, without disclosing any details about the subscription option. But that was an indication that, unlike Netflix, Disney is looking to reduce prices and ensure more people keep paying a subscription, even if that means incorporating ads into the experience.
TV & VIDEOS・1 DAY AGO
BGR.com

With Memorial Day and Father’s Day both creeping up fast, there are tons of terrific deals to check out on Sunday. Prices start at just $19.99 for the Fire TV Stick Lite while it’s on sale. And for $24.99, you can score the #1 best-selling THISWORX handheld car vacuum.
ELECTRONICS・4 DAYS AGO
BGR.com

Not all wireless earbuds are made equally. You’re almost never going to find the exact same design for any pair of earbuds. Each company is trying to put out its version of the best possible wireless earbud. A company that has been in the audio game for many years is Skullcandy. Its latest entry, the Skullcandy Mod true wireless earbuds, are being marketed for their audio abilities and usability.
ELECTRONICS・2 DAYS AGO
BGR.com

Prime Day doesn’t officially start for at least another two months. But if you check out all the Amazon deals we found today, it certainly seems like Prime Day 2022 is already here!. Score the #1 best-selling digital meat thermometer on Amazon for only $14.99. Plus, you can get...
WEIGHT LOSS・6 DAYS AGO
BGR.com

AirPods Pro 2 to launch alongside the iPhone 14, report claims

Apple is widely expected to refresh the AirPods Pro this year, with various insiders offering similar AirPods Pro 2 launch claims for the product. It’s the second half of 2022, according to one analyst. Or fall 2022, according to a well-known insider. But a different leaker has another take...
ELECTRONICS・2 DAYS AGO