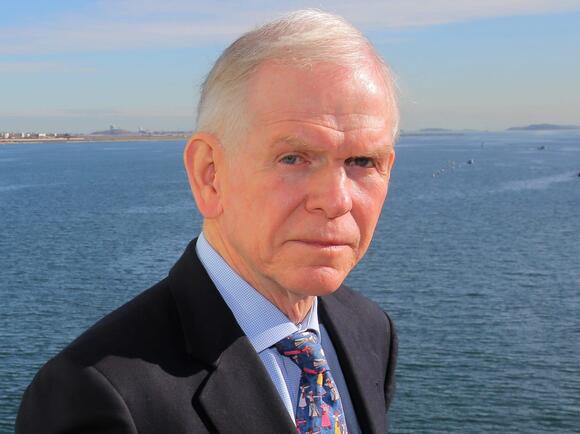 The rampant speculation in meme stocks, joke cryptocurrencies, and other questionable assets has already passed its zenith, Jeremy Grantham told Bloomberg's "Front Row" in an interview scheduled to air next week.

"I think the peak of crazy behavior is behind us, I really do," the notorious doomsayer and GMO cofounder said . "We're now in the 'buy the dip' mode, which the superbubbles specialize in."

Grantham, who called the last three market bubbles, pointed out that brokers make more money by telling their clients to double down instead of declaring, 'The game's over, guys. Duck.'"

Moreover, it takes time for the hype and exuberance in markets to fade. "You don't have two years of buying frenzy dying overnight," Grantham said, noting there have been some "magnificent rallies" after investor exuberance has peaked in the past.

Grantham sounded the alarm on the fourth US "superbubble" in the past century, and warned a devastating crash is coming, in a research note this week. He called out GameStop, AMC, Hertz, dogecoin, and non-fungible tokens (NFTs) as examples of unprecedented speculation.

The market historian told Bloomberg that even if the Federal Reserve rushes to contain the fallout after the bubble bursts, it will struggle to stop the S&P 500 from plunging to 2,500— a 44% decline from its current level, which is already 7% below where it started the year.

Grantham also asserted that the recent strength of blue-chip stocks, and the concurrent sell-off in speculative assets, have reinforced his forecast of an impending crash.

"This has been exactly how the great bubbles have broken," he said, noting high-risk stocks slumped 30% in the months before The Great Crash in 1929, after surging in the previous year.

Read more: The creator of a Michael Burry subreddit explains why 'The Big Short' investor's selling spree is a huge red flag — and lays out why it's a major endorsement for the few stocks he has left

If the market crashes Bidens approval will drop from the already distrust 30s to 0! Alot of people have turned a blind eye on his incompetence because they're making a killing in the market! The rich made the most money from the all the stimulus checks! The markets kept going up based on all the money Biden was giving away! People spent all that money they saved staying home plus all the stimulus and now we have a major shipping crisis so businesses can't get their goods, no one wants to work and inflation is so high all the wage increases are outweighed by inflation! And let's not forget he gave Putin the oil business so gas prices are high as well as everything else! Biden has very SUCCESSFULLY created the perfect storm!

Thank you for warning us sir , I totally agreed with your truthful way of telling us that the party 🎉 rampage spending is over , the crashing of our economy is here for those people the can see the economic desastre arrival

the dems are doing all they can to crash economy. That's very obvious.It follows their mantra "tax and spend, it's a very old saying needing an up date to Extort and waste.

The stock market won't find its bottom until the Federal Reserve pauses its current tightening cycle, the consensus on Wall Street seems to be. For the Fed to pause hiking interest rates, it needs to see lower gas prices, inflation, and GDP growth, according to Stifel. Stocks will bottom "when...
STOCKS・3 DAYS AGO
Markets Insider

"You're going to have an environment of negative real returns," Dalio said. "Everything can't go up all the time. That system won't work that way."
BUSINESS・3 DAYS AGO
Markets Insider

A deeper drop in Russian oil supply is likely to trigger a global recession and a full-blown energy crisis, Bank of America warns

A further decline in Russian oil supply is likely to spark a global recession, Bank of America said Friday. The bank warned oil prices could hit $150 a barrel, and an energy crisis could ensue, if supplies fall sharply. Russia's oil production has fallen by around 1 million barrels per...
ENERGY INDUSTRY・23 HOURS AGO

Elon Musk is no longer part of the $200 billion club as Tesla's stock continues to slide, but he's still comfortably the richest person in the world

Elon Musk's wealth fell 5.4% to $193 billion on Tuesday as Tesla shares dropped 7%. Uncertainty over Musk's purchase of Twitter has driven a sell-off in shares of Tesla, which have fallen 41% this year. Musk is no longer worth $200 billion, but he's still $65 billion richer than Jeff...
STOCKS・3 DAYS AGO
Markets Insider

The average gallon of gas in the US hit a record high of $4.59 on Tuesday, about 51% higher than a year ago.
TRAFFIC・1 DAY AGO
Daily Mail

In another setback for the budding, yet controversial, telehealth mental health company Cerebral, it now will no longer have its prescriptions filled by CVS and Walmart - two of the largest retail pharmacies in America. It has been a turbulent month for the San Francisco, California-based, company so far, with...
ECONOMY・1 DAY AGO
Markets Insider

The US was a net importer of natural gas just seven years ago. Today, it's a top exporter. In contrast, Europe is now facing an energy crunch in part due to under-investment in fossil fuels. The crisis is sparking a rethink of the world's transition to green energy.
ENERGY INDUSTRY・1 DAY AGO

Billionaire George Soros said Europe may have more bargaining power than it thinks it has to deal with Russian President Vladimir Putin.
ECONOMY・3 DAYS AGO
Markets Insider

Twitter jumps 4.5% after Elon Musk puts up another $6.25 billion of his own wealth to fund the takeover deal

Musk had previously declared his Twitter takeover "on hold" - but has now upped the amount of equity he's committing to the deal.
STOCKS・2 DAYS AGO
Markets Insider

Bill Miller touted his longstanding bets on Amazon and bitcoin during a recent podcast. Investors are in a new era of rising rates and inflation, the Miller Value Partners boss said. Miller took aim at Warren Buffett's criticism of bitcoin as an unproductive, worthless asset.
STOCKS・2 DAYS AGO
Markets Insider

Elon Musk is funding more of his $44 billion Twitter buyout with his own wealth and seeking additional backers after Tesla stock dip, report says

Musk's plan to fund the buyout includes $33.5 billion in equity, up from the initial $27.25 billion, according to a regulatory filing.
BUSINESS・2 DAYS AGO
Markets Insider

What's next for the US housing bubble? Industry experts break down the bull and bear cases for home prices in the months ahead.

Where are home prices headed the rest of this year? Here's a look at both sides of the argument from some of the most renowned experts in real estate.
REAL ESTATE・1 DAY AGO
Markets Insider

Markets aren't confident that the Federal Reserve can tame record inflation, Bill Ackman tweeted Tuesday. He predicts that inflation can only come down if the Fed aggressively raises rates, or if stocks crash. "It ends when the Fed puts a line in the sand on inflation and says it will...
BUSINESS・3 DAYS AGO
Markets Insider

US stocks ended higher Wednesday after a volatile session that saw the release of the Fed's May meeting minutes. Policy makers want to move "expeditiously" with rate hikes to tame hot inflation. Consumer discretionary stocks led a gain on the S&P 500.
STOCKS・2 DAYS AGO
Markets Insider

The US will enter a recession as soon as this year and the Fed can't stop food and energy inflation, hedge fund manager Kyle Bass says

The US could hit a recession by this year or early 2023, according to hedge fund manager Kyle Bass. "We're in a scenario where we have a stagflationary environment," Bass told CNBC Thursday. At the same time, the Fed won't be able to stop energy and food prices from climbing...
BUSINESS・1 DAY AGO
Markets Insider

Small-cap stocks are flashing signs of a 'nasty recession' on the horizon and investors should stick with cyclical names to thrive in the bear market, Jefferies says

Small-cap stocks are pricing in a steep recession, Jefferies said in a note to clients Tuesday. The Russell 2000 has dropped 28% from its all-time high and has declined 20% so far in 2022. Jefferies reiterated its overweight stance on cyclical stocks.
STOCKS・4 DAYS AGO
Markets Insider

Burry, who has warned rampant market speculation will end in the "mother of all crashes," said he takes no pleasure in seeing asset prices tumble.
MARKETS・3 DAYS AGO
Markets Insider

"It's hard right now to see how we avoid a recession," World Bank's David Malpass said, given the Ukraine war's impact on prices of energy, food, and fertilizers.
MARKETS・2 DAYS AGO