The new year looks like it's starting off on the wrong foot for investors. After a 27% increase in 2021, the S&P 500 stumbled in January. Tech stocks continue to fall as the world copes with the relentless economic woes of the pandemic. But that doesn't mean there aren't any great investing opportunities. If you have $500 available to invest after paying off any debt and saving for emergencies, there are great options that offer different benefits when the market may not look like it's in growth mode. Consider Costco Wholesale (NASDAQ: COST) , Realty Income (NYSE: O) , and PayPal Holdings (NASDAQ: PYPL) .

Costco stock didn't make a lot of waves last year, but it still gained more than 50% . That's a lot more than many growth stocks, and once again, it demonstrates the retail behemoth's market power. 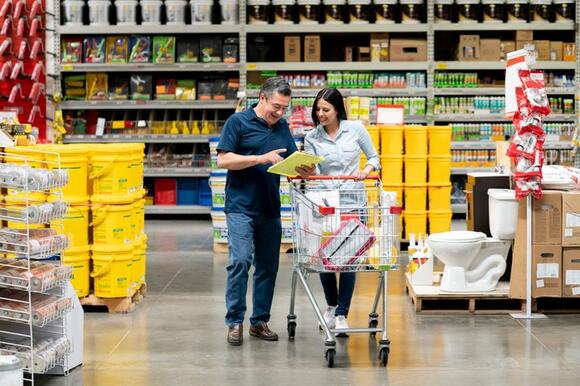 Costco's sales have been rising since the pandemic started, but unlike other retailers whose comparable store sales -- or sales at stores open at least a year -- have begun to decelerate as people go back to other kinds of spending, Costco's continue to stay robust.

There might be several reasons for Cosco's superior performance. One important and probably temporary catalyst is inflation. As prices rise, consumers tend to shop where they can get the most for their money, and Costco's low prices attract more customers. Costco has also had to raise some prices to account for rising costs due to both inflation and supply chain issues. But there are many reasons to be confident that Costco will keep growing even in a regular economic atmosphere or in any kind of market.

Costco ended fiscal 2021 with an 18% revenue increase to $192 billion. Customers love shopping there because of its low prices, and it typically boasts around a 90% membership retention rate.

Executive memberships are increasing, which cost double the standard membership fee, and the company still has a relatively low store count -- 828 worldwide, with only 572 in the U.S. It opened 20 stores in fiscal 2020 and plans for 27 new stores in 2022.

Wherever the economy turns this year, Costco is likely to be a winner. Shares cost almost $500 these days, but one share can get you far.

When the stock market is volatile, there's one thing that can help you get through: dividends. Although, as we saw in 2020, even dividends can stop when the situation calls for it. That's a highly unlikely scenario, though -- most companies have continued their dividends throughout this difficult time. Even if you're not counting on dividends to fund retirement, they can be a great source of income to hedge against unstable market prices for any portfolio. 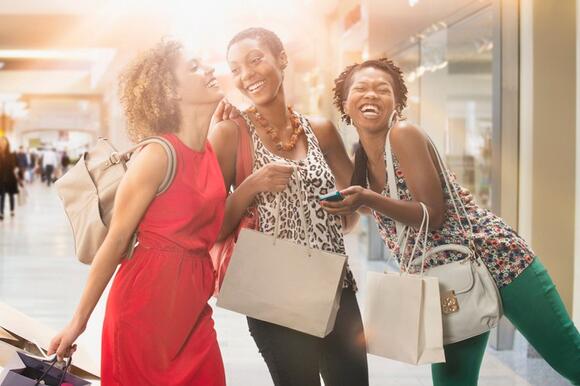 Realty Income is one of the best dividend stocks on the market. It pays a monthly, growing dividend with a high yield -- 4.3% at the current share price.

The company has increased its dividend 112 times since it went public in 1994 and has paid out 618 consecutive monthly dividends since its founding in 1969. That continued throughout the 2008 crash and all of the smaller corrections over decades.

Realty Income is structured as a real estate investment trust (REIT). It owns properties all over the world, and it's increased its property count from 630 when it went public to more than 10,000 today, including its merger with VEREIT at the end of 2021. It has 650 tenant clients in 60 industries, but its focus on essentials makes it stand out. Its top three clients are 7-Eleven , Walgreens , and Dollar General .

Shares cost less than $70, so even if you don't have a lot to invest, you can benefit from owning Realty Income stock.

PayPal stock has been on the receiving end of the backlash against tech stocks, and its value has fallen 29% over the past year.  It's one of the major companies powering digital payments, and with the shift to online shopping and other forms of cashless payments, PayPal continues to grow in importance and sales. 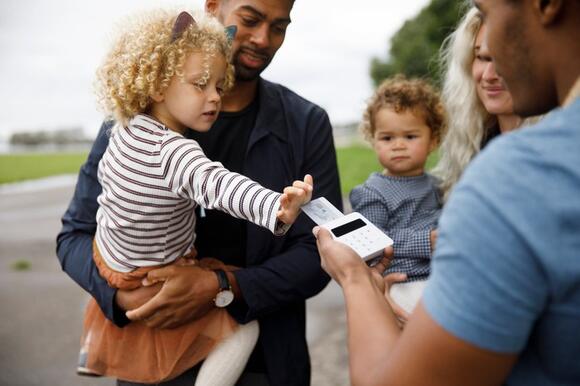 In 2020, PayPal posted some of its best quarters ever, but it began to slow toward the end of 2021. That was due to tough comps to beat from 2020, its split with eBay, and the general macroeconomic environment. it still posted a 26% year-over-year increase in total payment volume to $310 billion and a 13% revenue increase to $6.8 billion in the third quarter; it's expecting an 18% year-over-year revenue increase for all of 2021.

PayPal isn't anywhere near slowing down. It recently signed a new deal with Amazon for users of it Venmo service to be able to use the app at checkout, and many companies are signing up for QR code checkout. Digital payments are only going to get stronger, and PayPal has an edge in its size and innovative culture.

At the current price of about $170, the shares are trading at 42 times trailing 12-month earnings. That brings the valuation down to a more reasonable level in line with -- or even inexpensive compared with -- the company's future growth prospects. That makes this a great time to buy shares of this fintech stock .

10 stocks we like better than Costco Wholesale
When our award-winning analyst team has a stock tip, it can pay to listen. After all, the newsletter they have run for over a decade, Motley Fool Stock Advisor , has tripled the market.*

They just revealed what they believe are the ten best stocks for investors to buy right now... and Costco Wholesale wasn't one of them! That's right -- they think these 10 stocks are even better buys.

You could make even more with several of the stocks continuing to soar this year.
STOCKS・1 DAY AGO

Silk Road founder Ross Ulbricht is forfeiting billions of dollars worth of Bitcoin (BTC) and other crypto assets to the US government. According to a new court filing, Ulbricht will relinquish any claim to over 69,000 BTC and undisclosed amounts of Bitcoin Gold (BTG), Bitcoin SV (BSV) and Bitcoin Cash (BCH) worth a combined $3 billion as part of a settlement.
PUBLIC SAFETY・27 DAYS AGO
The Motley Fool

Three companies that can beat the market in the coming years.
BUSINESS・2 DAYS AGO

These stocks have great long-term prospects.
STOCKS・11 HOURS AGO
The Motley Fool

The retailer's bargain-priced goods are in high demand.
STOCKS・3 DAYS AGO
The Motley Fool

It's advice worth taking right now.
STOCKS・10 HOURS AGO
The Motley Fool