Jefferson City Board of Education to hold closed meeting 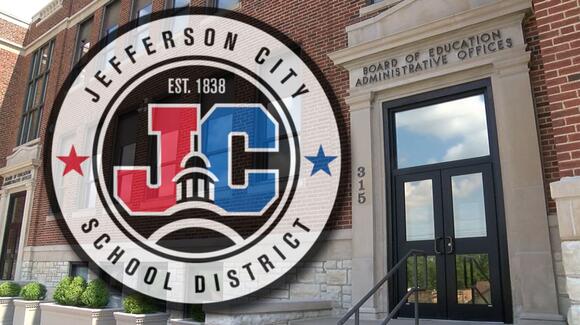 The Jefferson City School District Board of Education is set to meet behind closed doors Friday morning to discuss personnel.

The meeting scheduled for 7 a.m. comes as the JC Schools is out of class in an effort to "ease the strain caused by the ongoing staffing shortages," according to a letter sent to families.

The letter continued saying the projections for the remainder of the week showed that staffing issues continued to be a concern.

It is unsure exactly what will be discussed at the meeting, which also comes a day after Columbia's Board of Education met to increase teacher pay due to the ongoing substitute shortage.

Cole county has reported 1,127 new cases in the past seven days. That's up 10.1% from the week prior, according to the Missouri's COVID-19 dashboard .

The Cole County's positivity rate has also risen in the past seven days, up to 38.6%.

The post Jefferson City Board of Education to hold closed meeting appeared first on ABC17NEWS .

Members of Missouri's first public library union are asking their employer for raises and increased benefits, but where would that money come from? The post Union’s effect on tax-funded library’s budget not yet clear appeared first on ABC17NEWS.
COLUMBIA, MO・1 DAY AGO
KMIZ ABC 17 News

JEFFERSON CITY, Mo. (KMIZ) A lockdown was lifted Wednesday morning for most of the Jefferson City Correctional Center following a fight among inmates. The incident involved about 25 inmates who were using the yard on Tuesday, according to the Missouri Department of Corrections. A spokeswoman said two JCCC staff members were hurt during the incident The post Lockdown lifted at Jefferson City Correctional Center after fight involving 25 inmates appeared first on ABC17NEWS.
JEFFERSON CITY, MO・17 HOURS AGO

In just a few weeks, Art in the Park will return for the first time since before the pandemic. In July, Columbia hosts the Show-Me State Games followed by other sporting events and festivals like Summerfest. The post Columbia’s economy supported by tourism when college students leave appeared first on ABC17NEWS.
COLUMBIA, MO・2 DAYS AGO
KMIZ ABC 17 News

COLUMBIA, Mo. (KMIZ) A US Air Force member stationed at Wright Patterson Air Force Base in Ohio is facing a rape charge from 2018 in Columbia. A Boone County prosecutor has charged Nathan Repka with a second-degree rape charge. In August 2018, Repka visited the victim and went to a party where he became “blackout The post US Air Force member charged in 2018 rape in Columbia appeared first on ABC17NEWS.
COLUMBIA, MO・8 HOURS AGO
KMIZ ABC 17 News