But no matter how high the stock market climbs, value can always be found -- especially if your investing time frame is measured in years or decades.

Best of all, with most online brokerages eliminating minimum deposit requirements and commissions, any amount of money -- even $100 -- can be the perfect amount to invest and grow your wealth. If you have $100 ready to invest, the following are some of the smartest stocks you can buy right now for 2022. 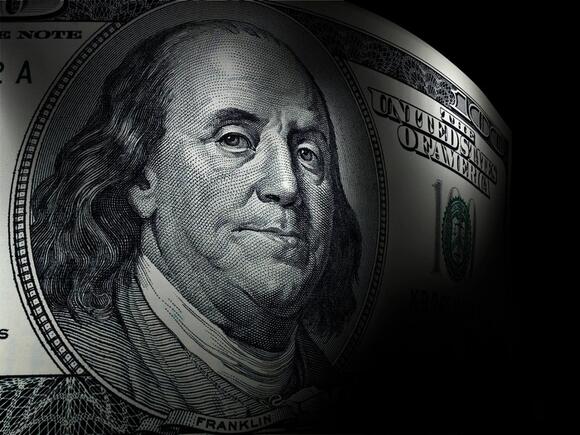 If you're an investor who appreciates brand-name companies and solid value stocks , Bank of America (NYSE: BAC) is one of the smartest stocks you can buy with $100 right now.

The first thing to understand about BofA (and bank stocks as a whole) is its cyclical nature. This is just a fancy way of saying that Bank of America tends to grow its loans outstanding and deposits when the U.S. and global economy are growing, and it struggles under the weight of rising loan delinquencies when recessions strike. Although recessions are an inevitable part of the economic cycle, history has shown that they don't last very long (usually a couple of quarters). By comparison, periods of economic expansion can last years or even more than a decade. Buying a bank stock like BofA simply means taking advantage of a numbers game that's undeniably working in favor of long-term investors.

Bank of America is in a perfect position to thrive during the early years of an economic recovery, which is where we are now. Not only should it benefit from increased loan activity and improving credit quality, but it's the most interest-sensitive of the money-center banks . This is to say that as interest rates rise, it'll see more of a net interest income boost than any other big bank. During the third quarter, BofA noted that a 100-basis-point parallel shift in the interest rate yield curve would bring in an estimated $7.2 billion in added net interest income.  With inflation hitting a 39-year high in November, higher interest rates seem like a foregone conclusion at this point.

Investors will also be impressed with Bank of America's digitization efforts . To be clear, BofA isn't a high-growth fintech stock. However, it did have nearly 41 million customers banking digitally (online or via mobile app) as of the end of September. What's more, 43% of all sales were completed digitally in the third quarter, which was up 16 percentage points from the comparable quarter in 2018.  Investing in digitization is helping BofA reach a younger generation of customers, as well as allowing the company to consolidate some of its physical branches to reduce costs. 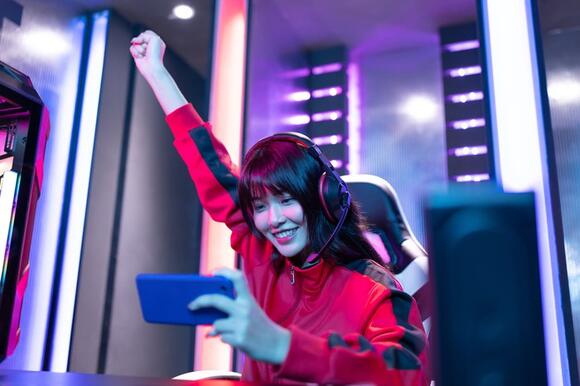 Like most growth stocks, Skillz has been completely obliterated over the past 11 months. Some of this weakness has to do with Wall Street fearing that fast-paced companies will deliver weaker growth in subsequent years as the nation's central bank raises interest rates to combat rapidly rising inflation. But more specific to Skillz, investors seem to be concerned with higher short-term costs tied to marketing and increased headcount.

To begin with, the operating model is designed to generate a consistently high operating margin . Whereas mobile game development is expensive and highly competitive, the cost to maintain and operate a gaming platform as a middleman isn't anywhere near as cost-intensive. Through the first nine months of 2021, Skillz brought in $275.2 million in sales with a cost of revenue totaling just $16.3 million. That's a gross margin of a delectable 94%!

A third reason to be excited about Skillz is the company's multiyear agreement signed with the National Football League (NFL) last February. The expectation is for NFL-themed games to make their debut on the platform this year. With football being the most popular sport in the U.S. by a mile, it's a good bet to drive new users to the platform. 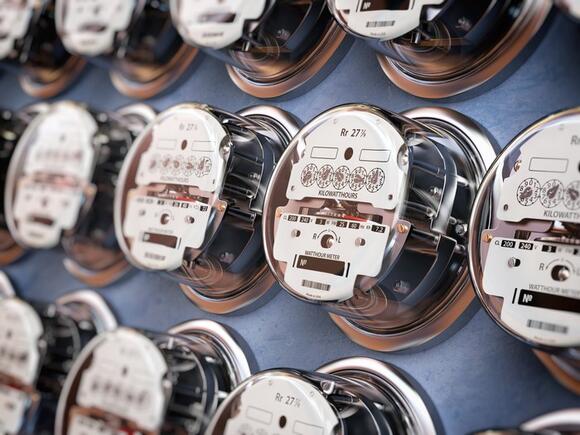 Finally, conservative investors who aren't fans of volatility and favor consistency should consider electric utility NextEra Energy (NYSE: NEE) as one of the smartest stocks they can buy in 2022 with $100. After all, NextEra has delivered a positive annual total return, including dividends, in 19 of the past 20 years .

The clear and obvious benefit of buying utility stocks is the predictability of cash flow that comes with the sector. For instance, since virtually every homeowner and renter needs electricity, demand doesn't fluctuate much from one year to the next. This demand transparency is what helps utilities undertake infrastructure projects and acquisitions without compromising their profitability or dividend.

But what makes NextEra so special is that it's not like most electric utilities. Its differentiating factor is that no utility in the country comes close to matching its generating capacity from wind and solar power. The company plans to spend an aggregate of $50 billion to $55 billion on new infrastructure projects between 2020 and 2022. Though nominally pricey, these projects are being financed at historically low interest rates, and they've significantly lowered NextEra's electric generation costs. While most electric utilities are growing by a low single-digit percentage, NextEra Energy has delivered a high single-digit compound annual growth rate for more than a decade.

The beauty here is that the company also benefits from its traditional regulated utility operations (i.e., those not powered by renewable energy). Though it might sound burdensome for the company to have to clear rate hikes with state public utility commissions, doing so keeps NextEra from being exposed to potentially volatile wholesale electricity pricing.

Considering NextEra Energy's rich history of outperformance, it looks like a genius stock to buy with $100 right now.

10 stocks we like better than Bank of America
When our award-winning analyst team has a stock tip, it can pay to listen. After all, the newsletter they have run for over a decade, Motley Fool Stock Advisor , has tripled the market.*

They just revealed what they believe are the ten best stocks for investors to buy right now... and Bank of America wasn't one of them! That's right -- they think these 10 stocks are even better buys.

Known more for its income, this company has lots of room to continue expanding.
STOCKS・1 DAY AGO

The recent tech sell-off has created buying opportunities for long-term investors.
STOCKS・1 DAY AGO
The US Sun

RH's stock has sold off, but patience will likely pay off.
STOCKS・2 DAYS AGO

Enjoy your "Golden Years" while these stocks preserve and build your nest egg.
STOCKS・22 HOURS AGO
The Motley Fool

The two retail stocks moved in opposite directions in a rising market.
RETAIL・3 DAYS AGO
The Motley Fool

With a solid foundation and a decent plan in place, it gets much easier to make the right decisions for your long-term financial health.
STOCKS・1 DAY AGO
Markets Insider

Find out why the pros on Wall Street expect great things from these beaten-down growth stocks.
STOCKS・4 HOURS AGO
The Motley Fool

Should You Buy This High-Yielding Big Pharma Stock?

Novartis can provide investors with a market-crushing 3.8% dividend yield -- and that isn't all the stock has to offer.
STOCKS・1 DAY AGO
The Motley Fool

Buying dips this steep isn't for the fainthearted, but with a long-term focus they could be high-growth opportunities.
STOCKS・2 DAYS AGO