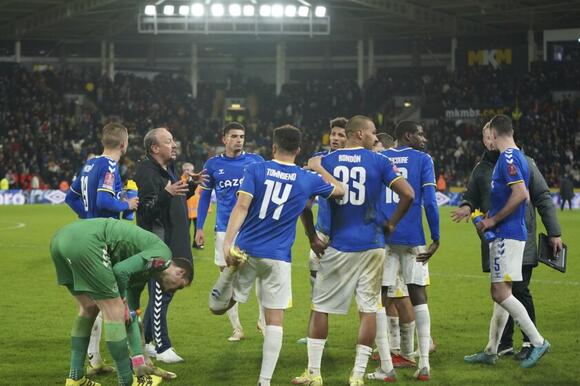 Everton owner Farhad Moshiri has injected another 100 million pounds ($135 million) into the club, saying Friday it demonstrates his commitment at a turbulent time as the team plunges toward the Premier League’s relegation zone.

The cash injection turned a loan into equity and saw Moshiri take his shareholding in Everton to 94% by acquiring a further 33,333 shares through his Blue Heaven Holdings.

“I promise you that my determination to deliver for Everton will not waver,” Moshiri said in a letter to fans, which are rare public comments by an Iranian businessman who has spent nearly $700 million on transfers since buying a majority share in the club in 2016.

Everton posted a combined loss of 265 million pounds ($360 million) for the last three financial years, which affected the club’s ability to spend in the offseason. A failure to significantly strengthen the squad led to a downturn in results under Rafa Benitez, who was fired on Sunday after only a half season in the position.

While Everton conducts a search for a new manager, Duncan Ferguson — an assistant to Benitez and previous managers at the club — will lead the team starting with a league match at home against Aston Villa on Saturday.

“He is a remarkable man,” Moshiri said of Ferguson, “and I know he will give his all in leading the team, as he did so impressively during his spell as caretaker boss in December 2019.

“I understand the frustration felt by everybody who loves Everton because of our inconsistent form in recent seasons.”

Everton is in 16th place in the league, six points above the relegation zone.