Axios Charlotte exists to make Charlotte smarter and better connected. Get smarter, faster about what’s happening in your backyard, curated by local reporters.

Spanning his 17-year career as a professional soccer player, the Charlotte FC defender estimates he has around 200 at his primary home in New York. Over 100 hang in his “ man cave ,” a space he credits his wife with creating, while the rest are in a closet.

Why it matters: The Austrian is probably the most recognizable face on Charlotte’s Major League expansion franchise, given his time in the Premier League. He was also the model for Charlotte FC’s first jersey launch last month.

Of course: He also has a memorable last name: No, it’s not pronounced like the f-bomb, but he’s taken advantage of the similarity with lifestyle brand and a distillery #NoFuchsGiven , plus his other entrepreneurial ventures.

What he’s saying: “I’m not into collecting, but it just accumulates over time,” Fuchs told me this week. 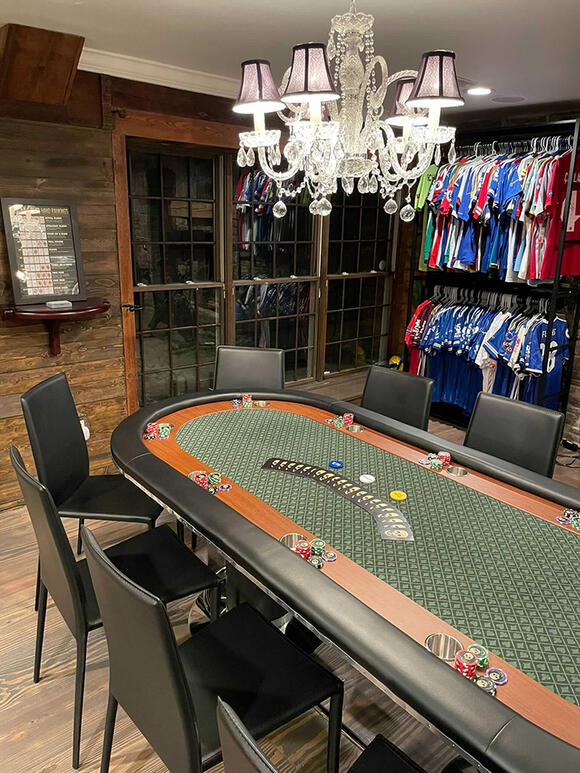 His collection includes jerseys from leagues and competitions across Europe. Some are from well-known players — Raul, Wayne Rooney and Kasper Schmeichel — but the ones that mean the most to him are team signed jerseys.

When it comes to Charlotte FC, he wants to keep the first two jerseys. 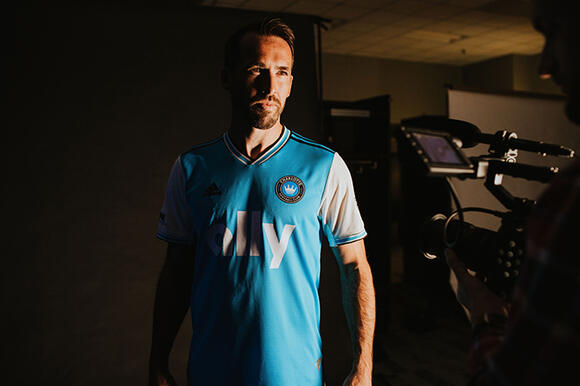 The Golden State Warriors finished off the Memphis Grizzlies in Game 6 of their NBA Playoff series on Friday. Good thing because had they gone to Game 7, Stephen Curry might not have had time to study and graduate college. The Warriors star received his degree from Davidson College on...
SAN FRANCISCO, CA・19 HOURS AGO
Axios Charlotte

NBA superstar Steph Curry will receive his degree from Davidson College today as a member of the class of 2022. Why it matters: The Davidson legend and Golden State Warriors’ guard quietly completed his final semester this spring, fulfilling a promise he’d made to his coach, Bob McKillop and family when he left college early for […] The post Davidson College can finally retire Steph Curry’s jersey appeared first on Axios Charlotte.
DAVIDSON, NC・1 DAY AGO
Hoops Rumors

Warriors not ruling Gary Payton II out for conference finals

Golden State Warriors guard Gary Payton II suffered a fractured left elbow in the team’s second-round series against the Memphis Grizzlies, but Payton could still return next round, head coach Steve Kerr said. Payton sustained the injury on May 3 and was given a three-to-five-week return timetable. “We’re not...
SAN FRANCISCO, CA・16 HOURS AGO
MLB Trade Rumors

Cardinals shut down Alex Reyes due to shoulder soreness

Cardinals right-hander Alex Reyes has yet to pitch this season due to shoulder problems, and it now looks like Reyes could be missing significantly more time. Manager Oli Marmol told reporters, including Jeff Jones of The Belleville News-Democrat, that Reyes was shut down after he experienced some continued soreness in his right shoulder after a throwing session this week.
SAINT LOUIS, MO・16 HOURS AGO

Axios Charlotte exists to make Charlotte smarter and better connected. Get smarter, faster about what’s happening in your backyard, curated by local reporters.