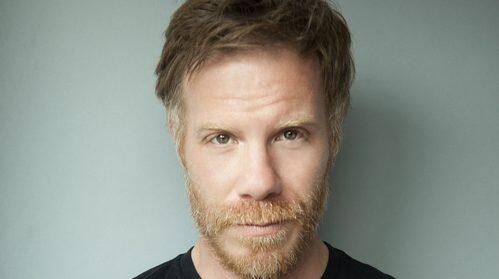 EXCLUSIVE : Marc Menchaca ( Ozark , The Outsider ) is the latest addition to the cast of Gareth Edwards ’ New Regency film, True Love , which has entered production in Thailand.

He’ll star alongside previously announced cast members including John David Washington, Gemma Chan, Allison Janney, Benedict Wong and Sturgill Simpson. (The latter recently took over the part that was originally to have been played by Danny McBride, as we told you first .)

The latest film written and directed by Edwards ( Rogue One: A Star Wars Story , Godzilla ) is billed as an original sci-fi story set in the near future. Specifics as to its plot are currently undisclosed.

Edwards is producing the pic with his Rogue One collaborator Kiri Hart and New Regency, which has provided the film’s financing.

Menchaca is perhaps best known for his scene-stealing turns as Jack Hoskins in HBO’s hit series The Outsider , and as Russ Langmore in the Emmy Award-winning Netflix drama series Ozark . The actor most recently wrapped production on the Netflix feature No One Gets Out Alive , and the action-thriller Gypsy Moon alongside Lena Headey and Sam Worthington. He made a recent appearance on HBO’s Curb Your Enthusiasm and will soon be featured in its upcoming series The White House Plumbers , as well as an upcoming episode of Amazon Prime’s Jack Ryan . Additional television credits include Black Mirror , Homeland , MacGyver , Blue Bloods , Chicago P.D. , Sleepy Hollow , The Blacklist , Law & Order: SVU, CSI and Law & Order: Criminal Intent .

Click here to read the full article. Top Gun: Maverick’s Cannes Film Festival premiere marks another high point in the movie star career of Tom Cruise. The actor turns 60 on July 3, and unlike most leading men of that age who become quicker to call for the stunt double, Cruise shows little evidence of slowing down after 43 films. If anything, his Mission: Impossible stunts seem to grow more ambitiously dangerous, not to mention the fact that he and director Doug Liman will become the first to actually shoot a space film in space for real—aboard one of Elon...
MOVIES・2 DAYS AGO
Deadline

Click here to read the full article. EXCLUSIVE: Here is the first trailer for movie Peter Five Eight, marking the first footage released at a market for a Kevin Spacey project in almost five years. Pic follows Sam (Jandreau), a seemingly poised and glamorous real estate agent in a small mountain community who is revealed to be an unhinged and troubled alcoholic with a dark secret. Spacey will play “a charismatic” stranger who arrives out of the blue at the behest of his powerful and shadowy boss, Mr Lock. The completed project is being handled for worldwide sales by VMI International. Rebecca De Mornay, Jet...
NFL・19 HOURS AGO
Deadline

Click here to read the full article. EXCLUSIVE: Dree Hemingway (The Unicorn) is the latest addition to the cast of Yale Entertainment’s darkly comedic thriller The Kill Room, from writer Jonathan Jacobson and director Nicol Paone. She joins an ensemble that also includes Uma Thurman, Samuel L. Jackson, Joe Manganiello, Maya Hawke, Debi Mazar and Larry Pine, as previously announced. The Kill Room centers on hitman, Reggie (Manganiello), his boss (Jackson), an art dealer (Thurman) and their money laundering scheme that accidentally turns the hitman into an overnight Avant-Garde sensation, forcing the dealer to play the art world against the underworld....
NFL・17 HOURS AGO

Click here to read the full article. Writer-director James Gray has been to the Cannes Film Festival in competition on four previous occasions with We Own the Night, The Yards, The Immigrant and Two Lovers but has yet to walk away with a prize. Maybe the fifth time will be the charm? It certainly would be deserving as Gray comes back to his beloved New York City roots with the highly autobiographical and intriguingly titled Armageddon Time.  Lest you think that with that title this is more akin to his previous film, the Brad Pitt-starring sci-fi Ad Astra, think again. It couldn’t be farther...
NFL・15 HOURS AGO
Hello Magazine

Robin Roberts got emotional as she opened up about her relationship with partner Amber Laign, especially in the midst of a challenging health battle. The Good Morning America star made an appearance on The Ellen DeGeneres Show to promote her new book, Brighter By the Day. VIDEO: Robin Roberts enjoys...
CELEBRITIES・24 DAYS AGO
Deadline

Click here to read the full article. UPDATED: When America fell asleep watching the election returns last night, Dave McCormick led Dr. Mehmet Oz 31.2% to 31.1% in the race to become the Republican nominee in the election for the Pennsylvania Senate seat being vacated by Pat Toomey. What a difference a day makes. Late today, those results had flipped, with Oz registering 31.2% and McCormick 31.1%. A New York Times tally had the lead at just over 1200 votes. Thousands of votes are outstanding — many of them mail in ballots — and, according to several reports, they could take...
PENNSYLVANIA STATE・1 DAY AGO
The Independent

Depp said he discovered Disney would not recast him in "Pirates" days after Amber Heard's Washington Post op-ed article was published.
FAIRFAX, VA・24 DAYS AGO
Popculture

One of the stars of This Is Us is on the move to a new network in advance of the show's series finale. Deadline reported in March that Chris Sullivan, who plays Toby on the NBC series, will headline a comedy pilot for ABC. His new show is set to be titled The Son In Law.
TV SERIES・23 DAYS AGO
Us Weekly

The show — and the vacation — must go on. Jada Pinkett Smith determined that the family trip to India wasn't going to be canceled due to Will Smith's Oscars slap. "Will and Jada have taken the family on [a] vacation that was already planned," a source exclusively tells Us Weekly. The Concussion star, 53, […]
CELEBRITIES・25 DAYS AGO
Outsider.com

“NCIS: Los Angeles” star Daniela Ruah absolutely killed it on the red carpet and stage last night at the International Portuguese Music Awards. While everyone at home was preparing for tonight’s “NCIS: Los Angeles” episode, Daniela Ruah was getting all dressed up to host the IMPA Awards. The ceremony took place at the Providence Performing Arts Center in Providence, Rhode Island, on Saturday, April 23.
LOS ANGELES, CA・25 DAYS AGO

After weeks of silence, Chris Rock has finally addressed his now-infamous incident with Will Smith at March's 94th Annual Academy Awards. During another sold-out show at Baltimore's Lyric Performing Arts Center on Friday, Rock directly referenced the slap, but only spent a second on it before moving on with his set.
BALTIMORE, MD・25 DAYS AGO
Hello Magazine

Gwyneth Paltrow is a doting mom to two teenage children, Apple and Moses, who she shares with ex-husband Chris Martin. The family are notoriously private, but over the weekend the award-winning actress gave a rare insight into their upcoming plans - and how they are changing things up this year for Mother's Day.
FAMILY RELATIONSHIPS・23 DAYS AGO
Deadline

Click here to read the full article. Paramount is moving one of its upcoming Yellowstone spinoffs from its streaming service to linear. 6666, from Taylor Sheridan, is moving to Paramount Network, having originally been announced as a Paramount+ original. Paramount sources said that as it produces and develops these series, it is regularly thinking about how to maximise the release strategy and being nimble is key. The series takes place when Comanches still ruled West Texas and no ranch in America is more steeped in the history of the West than the 6666. Still operating as it did two centuries before, and encompassing...
TV SERIES・1 DAY AGO
IndieWire

Click here to read the full article. Nearly 50 years after the original “Rocky” hit theaters, the classic boxing franchise keeps getting up off the mat. Ryan Coogler breathed new life into the series with 2015’s “Creed,” which followed Sylvester Stallone’s Rocky Balboa as he trained a young boxer named Adonis (Michael B. Jordan), the son of his late rival Apollo Creed. The film earned strong reviews for taking the franchise in a modern direction while maintaining what people loved about the original films, and sequels were quickly planned. When “Creed II” was released in 2018, it cemented Michael B. Jordan’s...
MOVIES・25 DAYS AGO
hotnewhiphop.com

It seems Coi Leray is getting fed up with the drama. She and her father, Benzino, have not seen eye to eye for quite some time, and despite numerous attempts to mend their relationship, they keep ending up back at square one. Yesterday, 50 Cent, whose been feuding with Benzino...
CELEBRITIES・25 DAYS AGO
PopCrush

Spring is always a big time for engagements and weddings, and two beloved internet personalities are the latest to update their relationship status. On April 18, Rachel "Seltzer" Quirico revealed she and longtime boyfriend Trevor "TorcH" Housten were tying the knot after 17 years together. Both of them are beloved figures in the esports world, with Seltzer notably starring in the Syfy reality show WCG Ultimate Gamer. She's also hosted numerous esports tournaments and events for TV/streaming outlets; she also made a recent appearance on G4 TV's Boosted.
RELATIONSHIP ADVICE・24 DAYS AGO
Complex

Benzino is once again airing out some family business. After previously calling 50 Cent the “first hip-hop rat,” and getting into various other conflicts with his daughter Coi Leray, the rapper has now name-dropped both of them in a Twitter tirade. On Sunday, Fif took to Instagram to...
CELEBRITIES・24 DAYS AGO