QUESTION OF THE DAY: Should the definition of fully vaccinated be changed? 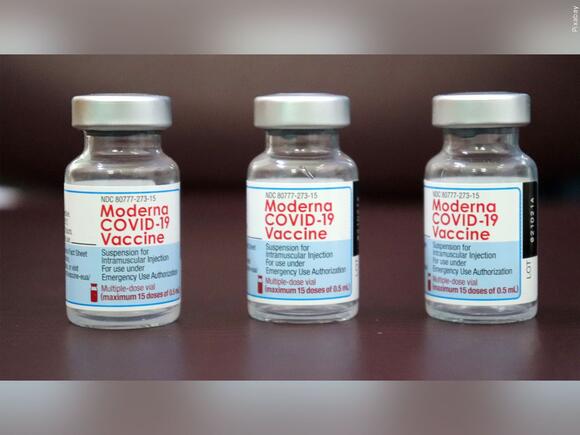 MU Health Care announced Thursday that it will require employees to get a coronavirus vaccine booster shot by April 5.

The Centers for Disease Control and Prevention recommends boosters for all adults and many medical experts believe the definition of fully vaccinated should be changed to include boosters. The now-dominant omicron variant has proven better at evading protection from vaccines, but studies show a booster helps keep people from developing severe illness.

Do you think the definition should change? Answer in the poll below.

The post QUESTION OF THE DAY: Should the definition of fully vaccinated be changed? appeared first on ABC17NEWS .

Walking at a brisk pace for just 75 minutes every week could cut your risk of depression, a new study finds. The World Health Organization recommends everyone should exercise for at least two-and-a-half hours every seven days. But researchers at Cambridge University, England, found adults who got half as much...
FITNESS・21 DAYS AGO
US News and World Report

It’s a story many have heard before. COVID-19 enters a household whether through a spouse, parent, sibling or caretaker – but despite extensive exposure, not everyone gets sick. [. SEE:. Latest Coronavirus and Vaccine News ]. And it could be a more common occurrence than some think. The...
PUBLIC HEALTH・25 DAYS AGO
Insider

Common supplements, such as St. John's wort, calcium, and iron, can reduce the efficacy of certain drugs, like antibiotics and antiviral medication.
LOS ANGELES, CA・5 DAYS AGO
House Digest

Though helpful for cleaning and disinfecting, Lysol contains a number of harmful chemicals that can irritate your eyes, skin, and respiratory system.
HEALTH・20 DAYS AGO

MILLIONS of Brits have been urged to take up a rapid test to see if they have bowel cancer. The Health Secretary has called on men over 60 to make sure they have the life-saving checkups. It couldn't be easier - with a home testing kit on offer, or use...
CANCER・21 DAYS AGO
Insider

Christine Bronstein took at home colon cancer test after seeing blood in her stool. It was positive, but her doctor texted: "You don't have cancer :)"
CANCER・20 DAYS AGO
One Green Planet

In a follow-up on the 14th Ebola Virus Disease (EVD) outbreak in the Democratic Republic of the Congo (DRC) (HERE and HERE), the World Health Organization (WHO) tweeted today:. Health authorities in #DRC confirmed a 2nd case of #Ebola in Mbandaka on 25 April. The 25-year old woman, now deceased, began experiencing symptoms 12 days earlier. Investigations indicate that as the 1st case patient’s sister-in-law, she was a high-risk contact.
PUBLIC HEALTH・20 DAYS AGO
MedicalXpress

Shielding those vulnerable to COVID-19, while allowing the virus to spread, largely unmitigated, through the rest of the population, would have failed according to a new modeling paper published today in PLOS Global Public Health by University of Bath scientists. Shielding strategies or "focused protection", as advocated for in the...
SCIENCE・20 DAYS AGO
KMIZ ABC 17 News

TUESDAY UPDATES: State of Missouri reports an increase of over 1,200 new coronavirus cases this week

Check back for updates related to the COVID-19 pandemic. The post TUESDAY UPDATES: State of Missouri reports an increase of over 1,200 new coronavirus cases this week appeared first on ABC17NEWS.
MISSOURI STATE・6 DAYS AGO

COLUMBIA, Mo. (KMIZ) A growing number of people are being left with a potentially deadly allergy to meat due to tick bites. It's called Alpha-Gal syndrome also commonly known as the tick bite meat allergy. Dr. Lawrence Landwehr, an allergist at Allergy & Asthma Consultants in Sedalia says he's noticed a rise in cases at The post Tick bite could lead to large number of people left with a potentially deadly allergy to meat appeared first on ABC17NEWS.
COLUMBIA, MO・6 DAYS AGO
KMIZ ABC 17 News

Why You Shouldn't Drink Water During The Night

Drinking enough water is vital for your health and well-being, but you should try to finish your daily water intake a few hours before going to bed. Here's why.
HEALTH・2 DAYS AGO