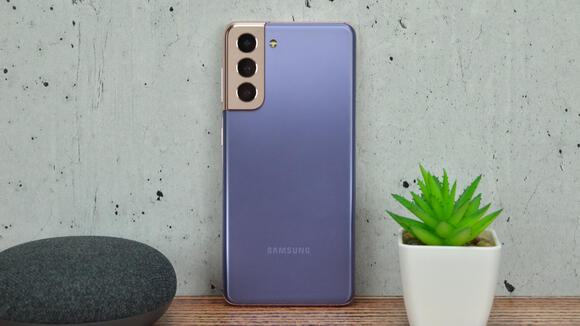 New phones are expensive. If you want the latest, high-end model from Apple , Samsung , or any other vendor, you’re going to spend close to $1,000. That’s why so many people choose to trade in their old devices when they’re ready to upgrade. Unfortunately, the companies that make your phones decide how much the old phones are worth as well. And you never know exactly when your phone’s value is going to suddenly plummet . For example, this week, Apple lowered the trade-in prices of more than 20 Android phones with no warning. Some of its own products were affected as well.

As noted by MacRumors on Wednesday, Apple has lowered the maximum trade-in prices on a number of phones from Samsung and Google. The actual value depends on the device, model, manufacturer, and condition. But the most you can receive for the devices listed below is now lower than it was as recently as last week. Here are all of Apple’s updated trade-in prices for Android phones:

As you can see, Samsung’s most recent flagship phones took the biggest hit. Apple now offers $110 less for a pristine Galaxy Note 21 Plus than before. That said, the Galaxy S21 series is nearly a year old, and reports suggest Samsung will announce the Galaxy S22 early next month. Nevertheless, trading a Galaxy device from 2021 into Apple just became far less appealing.

Mac and iPad trade-ins are also worth less

Once again, some of these price drops are far more significant than others. The latest MacBook Pro is suddenly worth over $200 less than it was just days ago, even if it’s in perfect condition. Others are far less notable, like the $10 drop for the iPad Air or $15 for the MacBook. Either way, it’s worth keeping an eye on Apple’s trade-in page , as the company doesn’t announce these changes.

With June creeping up around the corner, we’re only a few short months away from Apple introducing its 2022 iPhone 14 lineup at a special event in September. While iPhone designs since the iPhone X haven’t changed that drastically, the iPhone 14 is poised to shake things up. According to several credible reports, Apple’s iPhone 14 Pro models will ditch the famed notch entirely.
CELL PHONES・2 DAYS AGO
BGR.com

iPhone 14 Pro: This might be our best look at Apple’s unreleased smartphone

The iPhone 14 might be more than three months away, but the smartphone is not exactly a secret. We saw a variety of reports that detailed Apple’s four 2022 handsets, including the iPhone 14, iPhone 14 Max, iPhone 14 Pro, and iPhone 14 Pro Max. We think we know everything about their designs and specs. And we have price leaks that indicate the iPhone is getting more expensive this year. But the leaks will continue, and we’ve just received what might be our best look at Apple’s iPhone 14 Pro design.
CELL PHONES・1 DAY AGO
BGR.com

First things first: you need to see our roundup of the best Memorial Day 2022 sales out there. You’ll find so many fantastic deals, but they won’t last much longer. Once you’re done with that, it’s time to check out some of the awesome daily deals we found on Tuesday.
ELECTRONICS・3 DAYS AGO
BGR.com

A report early this week from Nikkei Asia revealed that production on at least one of Apple’s 2022 iPhone models is running behind schedule due to the ongoing COVID-19 lockdowns in China. According to Haitong International Securities analyst Jeff Pu, the iPhone 14 Max was the model in the report. If you haven’t been keeping up with all the leaks and rumors, the iPhone 14 Max is the 6.7-inch model that will replace the iPhone 13 mini.
CELL PHONES・1 DAY AGO

At some point, I started spending far more time in my Gmail account every day than I do in any social media app, the constant influx of messages stacking up at the top of my inbox basically replicating the idea of a News Feed for me (a much more useful one, at that). And, depending on where you work, a Gmail account might be even more essential than that, as it can be a connector to a shared Google calendar or Google Docs arrangement.
INTERNET・2 DAYS AGO
BGR.com

We recently updated our roundup of the best Memorial Day 2022 sales available right now. You’ll find so many crazy deals in there, but that’s just the tip of the iceberg. On top of all that, there are so many great daily deals you need to check out.
SHOPPING・1 DAY AGO
BGR.com

Playing music while running a navigation app on your phone has just gotten easier, as Waze just added support for Apple Music. The iPhone maker’s streaming service is the latest to receive Waze Audio Player support. Waze’s popular navigation app already works with various Apple Music alternatives, but this will be a big bonus for Apple fans.
CELL PHONES・2 DAYS AGO

The wide selection of available smartphone accessories on Amazon out there is a mixed bag. All those options for high-quality accessories are great, of course. But there are so many different choices out there that people often have trouble making decisions. Needless to say, we’re here to help you narrow...
CELL PHONES・3 DAYS AGO
BGR.com

If you’ve ever been frustrated on a video or audio call because overwhelming background noise makes it difficult for other people to hear you, there’s a somewhat hidden feature baked into iOS 15 that is nothing short of a lifesaver. It’s called Voice Isolation and like many great iPhone tips that aren’t widely known, this feature is hiding in plain sight.
CELL PHONES・4 DAYS AGO
BGR.com

At least one iPhone 14 model is behind schedule after China lockdowns, report claims

In the past few months, the Chinese government imposed strict lockdown measures in response to a new wave of COVID-19. The restrictions impacted production and logistics in the region. Apple’s suppliers were also affected, with the iPhone maker having already warned that it expects to lose up to $8 billion in the June quarter. We wondered whether the iPhone 14 would see launch delays following the lockdowns, even though development seemed to be on schedule.
CELL PHONES・2 DAYS AGO
BGR.com

iPhone 14 Max release might not be delayed, insider claims

A series of reports claimed earlier this week that the iPhone 14 production isn’t necessarily on track. First, a story from Asia said that at least one iPhone 14 model is behind schedule following the China lockdowns without identifying the device. Then, an analyst said the iPhone 14 Max might be the model at risk of experiencing release delays. A well-known insider has weighed in on Apple’s iPhone 14 development schedule, saying that the company can still catch up with the regular schedule.
CELL PHONES・19 HOURS AGO
BGR.com

With the long weekend right around the corner, you definitely need to see the best Memorial Day 2022 sales right now. There are some truly terrific offers that you won’t believe. Of course, that’s just the tip of the iceberg. BGR Deals has managed to dig up so many...
ELECTRONICS・2 DAYS AGO
BGR.com

Sure, Memorial Day 2022 means you’ve got a long weekend coming up. But it also means there are tons of incredible deals out there to take advantage of!. Today, you’ll find so many spectacular sales to check out. There’s a big one-day sale on popular mosquito repellers and a laser hair removal gun that people are obsessed with.
SHOPPING・4 DAYS AGO
BGR.com

Earlier this week, Apple announced that the WWDC 2022 keynote will kick off on June 6th at 10:00 a.m. PT / 1:00 p.m. ET. During the keynote, we should get our first look at a number of upcoming software updates, including iOS 16. Unsurprisingly, Apple has yet to share details about those updates, but a recent iOS 16 concept video visualizes some of the new features and improvements that might be in store for the mobile OS.
CELL PHONES・2 DAYS AGO
BGR.com

Apple buying gaming studio EA might seem like a strange proposition, but it wouldn’t be the craziest deal we’ve seen in recent months. Microsoft bought Activision Blizzard for $69 billion. Then, Sony got Bungie for $3.6 billion. Microsoft and Sony are active players in the console gaming business, so the acquisitions are logical developments.
BUSINESS・4 DAYS AGO
BGR.com

This is your last chance to shop the best Memorial Day 2022 sales over Memorial Day weekend. Miss out now, and you may never forgive yourself. Well, not until Prime Day 2022 in July, at least. There are some seriously impressive deals available right now, however. Starting things off is...
ELECTRONICS・17 HOURS AGO
BGR.com

The start of Memorial Day sales has begun and you need to be on your game. This will help you get the best deals on the items you’ve been wanting. There’s a reason you waited until they went on sale. One of the best events each year, the Best Buy Memorial Day sale, is already underway.
SHOPPING・1 DAY AGO
BGR.com

How to Backup Your iPhone

If you’re an iPhone user who has been wanting to backup your iPhone, you’ve come to the right place. For those of us who actively use our phones, losing data and files is one of the most dreadful things that could ever happen. Many of us use our phones to access crucial messages, emails, pictures, videos… you name it. It doesn’t matter if your phone was stolen or your kid decided it was a good idea to give your phone a bath—losing the data stored on your phone can set you back years.
CELL PHONES・3 DAYS AGO
BGR.com

Are you looking for the fastest and most responsive experience possible on a laptop computer? You don’t need to spend a small fortune on a custom gaming machine with a gazillion gigabytes of RAM. All you need is a new Apple notebook with Apple’s incredible M1 chip. And prices actually start much lower than you might think! That’s especially true for Apple’s thinnest M1 laptop. As a matter of fact, Amazon’s lowest MacBook Air price of the year is available right now!
COMPUTERS・18 HOURS AGO