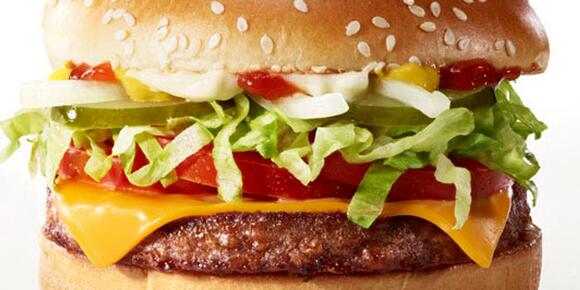 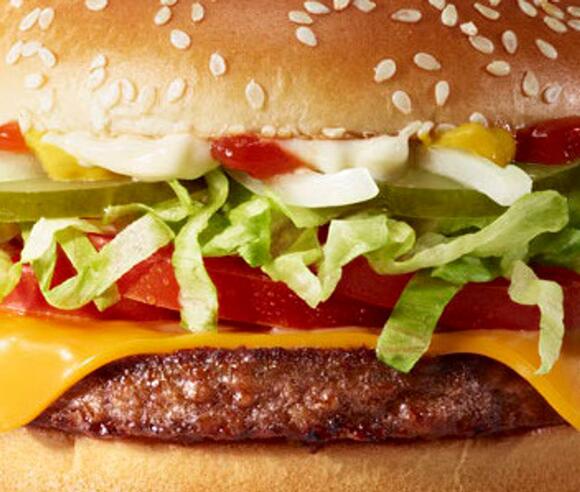 McDonald’s Corp. said Thursday that it is expanding its test of McPlant plant-based sandwich to about 600 locations in the San Francisco Bay and Dallas-Ft. Worth areas, starting February 14.

Made with peas, rice and other plant-based ingredients, the sandwich will be available for a limited time and while supplies last.

“McDonald’s USA is expanding the test to select restaurants in your area to help us understand customer demand,” the fast-food giant said in a statement.

The sandwich, co-developed with Beyond Meat Inc. (BYND) was first launched in eight locations in 2021 .

“Restaurants tend to kick off the New Year with better-for-you platforms, and this year has started off with a spotlight on plant-based menu items,” Credit Suisse said.

McDonald’s (MCD) is making the McPlant announcement a week ahead of its fourth-quarter earnings, which are scheduled to be released on January 27, according to a FactSet calendar.

Beyond Meat had a long list of troubles that impacted its most recent earnings, but the partnership with McDonald’s was a highlight, said BTIG analysts in November.

Want intel on all the news moving markets before the day starts? Sign up for our daily Need to Know newsletter.

Bank of America rated Beyond Meat underperform, with a $55 price objective.

“The key underlying assumption change is that plant-based meat will now only reach a penetration rate of 2.5% of total U.S. meat sales by 2030 (less than 1% penetration in 2021) vs Beyond Meat’s initial projection of a 13% penetration rate, in-line with the plant based milk market,” Bank of America analysts wrote in a January 5 note.

“We believe consumers develop more habitual routines when using plant-based
dairy (creaming coffee, etc.) leading to a higher penetration vs Beyond Meat products which are consumed less frequently. We also outline the potential McPlant opportunity for Beyond Meat in the U.S. which we think could be worth ~$235 million in revenue over time, but likely only ~$30 million of gross profit.”

Beyond Meat is scheduled to release fourth-quarter earnings on March 3, according to the FactSet calendar.

McDonald’s stock has gained 18.6% over the last year. Beyond Meat shares have been halved, down 54.4%, for the period. And the Dow Jones Industrial Average (DJIA) is up 11.4%.

It’s never easy for an executive to witness losing two-thirds of his company’s value in just five months. But Chris Kemp, founder, chair and chief executive of Astra Space ASTR, , based in Alameda, California, has a remarkably measured view in what’s been a rocky year for profitless technology companies, and the space sector in particular. Virgin Orbit.
ALAMEDA, CA・15 HOURS AGO
Popculture

McDonald's U.K. removed the Chilli Cheese Bites, an item unfamiliar to American fans, from its menu last month. The Chilli Cheese Bites had their devoted fans, but they were also at the center of a viral Facebook post. In March, Burger King U.K. made fun of McDonald's U.K. for adding it to their menu, 15 years after Burger King U.K. began offering a very similar menu item.
RESTAURANTS・2 DAYS AGO

"The server refuses to give me another drink because he says we are sharing drinks and [they are] watching our table like we are little kids," the man said.
FOOD & DRINKS・29 DAYS AGO
Inc.com

Jeff Bezos, the founder and former CEO of Amazon, and Elon Musk, the CEO of Tesla and soon-to-be owner of Twitter, don't strike me as best buds. The two men have competed over the past few years for the title of the world's richest man, a title Musk holds. They also sort of compete in space, with Bezos' Blue Origin competing against Musk's SpaceX.
BUSINESS・29 DAYS AGO
WWD

Guess Inc. is seeing customers wanting to dress up again, with women and men both improving their wardrobes after two years of casual dressing and working at home. The Los Angeles apparel, accessories and footwear company, however, said there have been some headwinds to contend with, including the China lockdown, steep shipping costs and a strong dollar putting a crimp on overseas revenues.
LOS ANGELES, CA・19 MINUTES AGO