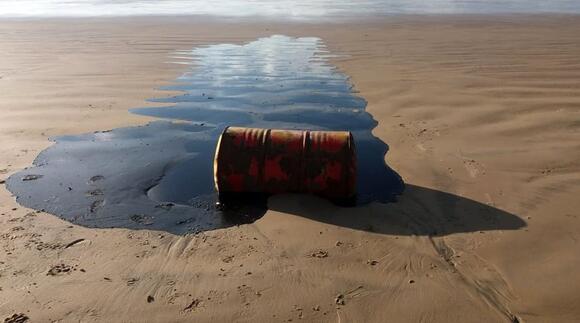 Oil has been rallying to start the year, with no shortage of bullish factors working to lift prices to their highest levels in more than seven years, raising expectations that the per-barrel cost of the commodity will soon reach $100.

So far this year, prices based on the front-month contracts are up more than 15% for WTI, and nearly 14% for Brent, according to Dow Jones Market Data.

There are four factors behind oil’s rise, Naeem Aslam, chief market analyst at AvaTrade, explained in a recent market update.

The first is a “supply issue” linked to the Organization of the Petroleum Exporting Countries, he said. “The cartel doesn’t see any need to increase supply aggressively, and it has also said that it alone can’t bring higher oil supply.”

Secondly, “investment and lending in the fossil fuel space have also dropped dramatically due to a shift towards renewable energy,” he said. “This is creating further pressure on producers who are failing to find investors for their projects.”

See Good news for uranium: Nuclear energy has record reliability, despite past disasters

Meanwhile, the coronavirus omicron variant “isn’t adversely influencing oil demand” as previously anticipated, Aslam said. While there have been some travel restrictions, those are being rolled back, he said. “The regional lockdowns that were introduced have only lasted for a very short period.”

And if the end of the pandemic is in sight, as some believe, that would mean more demand for oil, he said.

The oil market has also been closely following geopolitical developments, given their potential impact on global supplies. Unrest in Kazakhstan earlier this month raised concerns over the nation’s oil production, an attack on oil infrastructure in the United Arab Emirates , and a temporary disruption to crude flows through the Kirkuk-Ceyhan pipeline have contributed to the climb in oil prices.

The geopolitical situation is “becoming worse day by day,” said Aslam. U.S. President Joe Biden is “adopting a strong stance against Russia, and he has vowed to punish Russia if it attacks Ukraine. These geopolitical tensions are creating threats for supply disruptions, which many traders think is a negative factor but positive for oil prices.”

For oil, “I believe the $100 is a done deal now, regardless of escalation,” Aslam said.

Oil may need a trigger

However, some analysts believe the situation between Russia and Ukraine would need to worsen further for oil to reach triple digits.

Crude could go to $100 if Russia was to invade Ukraine, and there is “the perception of risks to oil exports, or sanctions from western powers that impact energy imports,” Marshall Steeves, energy markets analyst at IHS Markit, told MarketWatch.

He believes the omicron variant is the “wildcard” to the “extend that it has yet to peak in the U.S., even as some metropolitan areas are starting to see signs” of it peaking.

“Demand growth could roar back if omicron peaks in the next month in the U.S. and other OECD countries,” said Steeves.

The Bank of Russia Thursday lowered its key interest rate to 11% from 14%, following two rate cuts in April,
BUSINESS・1 HOUR AGO
MarketWatch

The Russian Defense Ministry is promising to open a safe corridor to allow foreign ships to leave Black Sea ports. A separate corridor will be open to allow ships to leave Mariupol by sailing from the port on the Sea of Azov port to the Black Sea. Mikhail Mizintsev, who...
INDUSTRY・2 HOURS AGO
Newsweek

"After Ukraine, if we're given the command, in six seconds we'll show you what we're capable of," Chechen leader Ramzan Kadyrov said.
POLITICS・11 HOURS AGO

Sign up for the Fortune Features email list so you don’t miss our biggest features, exclusive interviews, and investigations. U.S. tariffs on Chinese imports survived a change in administration, but the trade-war-era levies may not survive record inflation. “We’re certainly looking at where we see costs being raised and,...
PRESIDENTIAL ELECTION・29 DAYS AGO
Newsweek

The intelligence the U.S. shared with Ukraine helped it continue to resist Russian invading forces and even shoot down a transport plane carrying hundreds of Russian troops, a new report revealed. According to current and former U.S. officials who spoke with NBC News on Tuesday, the U.S. provided critical intelligence...
MILITARY・29 DAYS AGO
Business Insider

International order will be thrown out the window if Russia is able to escape consequences over its invasion of Ukraine, US Gen. Mark Milley told CNN.
POLITICS・29 DAYS AGO
US News and World Report

Kim Jong-un has vowed to bolster North Korea’s nuclear forces at “maximum speed” in a defiant speech during a massive military parade on Monday night.In his speech, Mr Kim also made an open threat that North Korea would use its “nuclear forces” against countries that provoked it.The military parade that started late on Monday night showcased the country’s largest-known intercontinental ballistic missile (ICBM) among other weapons.“We will continue to implement measures aimed at strengthening and developing our country’s nuclear forces at the maximum speed,” Mr Kim told his troops and the crowd gathered for the parade at a Pyongyang...
POLITICS・29 DAYS AGO
Salon

On March 6, 2022, 14 days into Russia's war against Ukraine, a video was shared on Facebook showing seven-year-old Amelia Anisovych singing "Let it Go," the hit song from the Disney musical "Frozen," inside a crammed Kyiv bunker. A sign of beauty, resilience and hope, it was viewed more than eight million times within days of posting.
POLITICS・23 HOURS AGO
Rolling Stone

At the core of Russia’s recent invasion of Ukraine is the notion of sovereignty — and in particular, whether Ukraine deserves it. Ukrainians, and the vast majority of people and governments in the rest of the world, say it does. Russia, which invaded the country in late February in an attempt to overthrow its government and make it into a subservient vassal state, says it doesn’t. Apparently, U.S. Senator Rand Paul also believes Ukraine isn’t a state, based on this head-scratching exchange with Secretary of State Anthony Blinken.
FOREIGN POLICY・29 DAYS AGO
97.1 FM Talk

In an interview with Russian TV, Sergei Lavrov said that Russia is essentially at war with NATO. This rhetoric has some worried that Russia may use nuclear weapons in Ukraine. Lt. Col. Dakota Wood weighed in on the likelihood of this happening.
POLITICS・29 DAYS AGO
ohmymag.co.uk

Yulia Navalnaya is the wife of the sole remaining Russian opposition leader, Alexey Navalny, the most prominent critic of Vladimir Putin's regime. When her husband was poisoned by the Kremlin, 'Navalnaya was a revelation,' as Vanity Fair writes. Who is Alexey Navalny's wife, Yulia Navalnaya?. Yulia was born in Moscow...
CELEBRITIES・29 DAYS AGO
Reuters

Iran says minimal but good progress made in relations with Saudi

DAVOS, May 26 (Reuters) - Iran has made "minimal but good progress" in relations with Saudi Arabia, Iran foreign minister Hossein Amir-Abdollahian said on Thursday, adding that he may meet his Saudi counterpart soon in a third country. He also told the World Economic Forum that Iran still saw the...
MIDDLE EAST・10 MINUTES AGO
MarketWatch

Chinese telecom-equipment makers including ZTE Corp. jumped on Thursday after a top Beijing official said the country should accelerate the construction of digital infrastructure. ZTE’s Hong Kong-traded shares. 763,. +5.63%. rose as much as 7.6%, while its Shenzhen-listed stock. 000063,. +7.41%. added 8.8%. In the A-share market, radio-frequency components...
TECHNOLOGY・3 HOURS AGO
MarketWatch

It’s never easy for an executive to witness losing two-thirds of his company’s value in just five months. But Chris Kemp, founder, chair and chief executive of Astra Space ASTR, , based in Alameda, California, has a remarkably measured view in what’s been a rocky year for profitless technology companies, and the space sector in particular. Virgin Orbit.
ALAMEDA, CA・1 DAY AGO