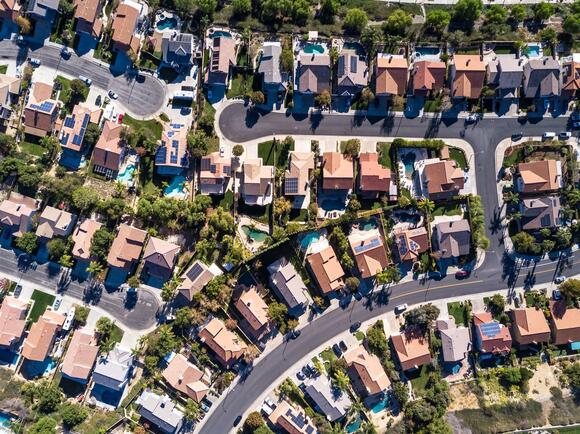 Mortgage rates rose to levels last seen in March 2020 as markets continued to price in expectations of an upcoming interest-rate increase from the Federal Reserve.

The 30-year fixed-rate mortgage averaged 3.56% for the week ending Jan. 20, up 11 basis points from the previous week, Freddie Mac (FMCC) reported Thursda y. A year ago this time, the 30-year loan was averaging 2.77%

To put these numbers in perspective, the last time the rate on the benchmark 30-year loan was this high there had been just over 15,200 total COVID-19 cases in the U.S., according to data from the U.S. Centers for Disease Control and Prevention. Today, the total number of cases in the country has reached nearly 68.6 million, according to data from The New York Times.

Mortgage rates roughly track the direction of long-term bond yields, including the 10-year Treasury (BX:TMUBMUSD10Y) which rose over the past week as data underscored the likelihood that the Federal Reserve will rollback its stimulus activities to curb high inflation.

For home buyers, this means that the monthly mortgage bill will be significantly higher than it was a year ago. According to an analysis from Realtor.com, at today’s rates buyers can expect to pay $238 more per month on their mortgage than they would have if they had bought property at this time in 2021. That adds up to nearly $3,000 more per year, on account of the higher interest rate.

This will hit first-time buyers especially hard, said Realtor.com manager of economic research George Ratiu, and will shrink the budgets of what they can afford to buy — at a time when home prices continue to rise.

It’s never easy for an executive to witness losing two-thirds of his company’s value in just five months. But Chris Kemp, founder, chair and chief executive of Astra Space ASTR, , based in Alameda, California, has a remarkably measured view in what’s been a rocky year for profitless technology companies, and the space sector in particular. Virgin Orbit.
ALAMEDA, CA・15 HOURS AGO
The US Sun

May is almost here, and millions of households are looking forward to their next SNAP payments. See: Surprising Things You Can Buy With Food StampsFind: SNAP 2022 -- Is My State Giving Out Extra Money...
AGRICULTURE・4 DAYS AGO
Reuters

DUBLIN, May 26 (Reuters) - Irish consumer sentiment fell for the fourth successive month in May as concerns around the cost of living continued to build and worries about a global recession intensified, a survey showed on Thursday. The KBC Bank Ireland consumer sentiment index dropped to 55.2 in May...
ECONOMY・14 MINUTES AGO