As stock-market turbulence revs up, this ETF theme has drawn 32% of flows in 2022 so far: ‘This isn’t a flash in the pan’ 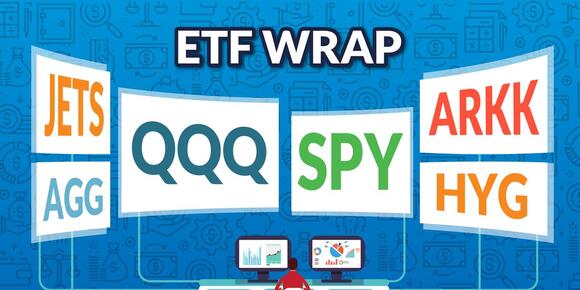 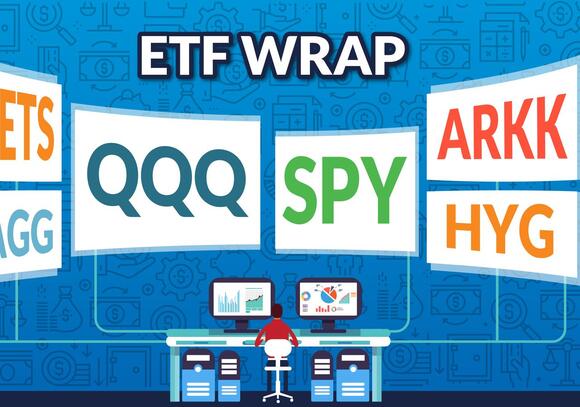 Thank god its Thursday! The Nasdaq Composite posted its first correction since March and equity benchmarks were trying to stage a mini rally, at last check on Thursday.

See: The Nasdaq Composite just logged its 66th correction since 1971. Here’s what history says happens next to the stock market.

Is this the beginning of the end or the end of the beginning? We asked some pros in exchange-traded funds, and markets broadly, to walk us through a game plan for the stomach-churning drops and the neck-snapping rallies.

Don’t fret! Low-cost ETFs are still one of the best ways to gain exposure to the markets while avoiding single-stock risk, but we’ll walk you through some strategies and help to identify what has been working and what hasn’t since the start of the year.

Send tips, or feedback, and find me on Twitter at @mdecambre or LinkedIn , as some of you are wont to do, to tell me what we need to be covering.

Read: What is an ETF? We’ll explain.

The bad …and the good Value in vogue

ETF Wrap caught up with Bloomberg ETF analyst Eric Balchunas on Thursday and he walked us through the landscape in funds, with the Nasdaq Composite Index (COMP) in correction, and choppy trade in the Dow Jones Industrial Average (DJIA) and the broad-market S&P 500 index (SPX) becoming more the norm so far in January.

His message was pretty clear: value is the place where investors this year feel that they need to be, and he predicted that the shift taking shape in the value factor, an area of the market hat has taken a back seat to growth and highflying technology stocks since the 2008 financial crisis, thus far in 2022, may be the real deal.

“This isn’t a flash in the pan,” Balchunas said. “Value [investors] are saying that it’s time and I am committed,” the Bloomberg Intelligence analyst said.

Read : Value stocks have pulled ahead of growth in recent weeks. Is it a head-fake?

And it isn’t merely about the performance of value over growth that Balchunas is highlighting. Thus far, 32% of the net inflows this year, or $5.6 billion of $17.6 billion, have been directed to value factor ETFs.

The year-to-date outperformance is besides the point but still notable, with the comparable iShares S&P 500 Growth ETF (IVW) looking at an over 7 percentage point gap between itself and the IVE (see attached of the iShares Value ETF’s performance versus growth so far this year). That is the largest outperformance over the first 13 days of the year on record (based on data back to 2001), according to Dow Jones Market Data.

And international value, ETFs focused on the factor outside of the U.S., also are buzzing. The iShares MSCI EAFE Value ETF (EFV) is up 4.8% so far this year and within the top three of funds attracting investors, Balchunas said.

Growth on the other hand is getting smacked around, but the bulk of that pain is being felt in the Invesco QQQ Trust (QQQ) which is down 6.4% so far in 2022 and has seen about $3.3 billion come out of the ETF, representing a chunk of the $6.5 billion that has flowed out of growth factor funds so far this year.

How do you play this wacky market?

We chatted with Frank Cappelleri, executive director and technical analyst at Instinet and he offered a few insights on the carnage he’s seen as well as the potential opportunities.

Cappelleri said buy-the-dip traders may be losing confidence with this recent bout of volatility. He said that the fact that we haven’t gotten to so-called oversold conditions yet makes him cautious about wading into the market with both feet.

The S&P 500 hasn’t been officially oversold, based on momentum measures such as the relative strength index, “since 3/12/20–a run of 468 straight days—one of the longest streaks in recent history,” Cappelleri said.

The market is still looking for an oversold reading, which might signal a healthy flush out, or capitulation by the bulls, which might merit an entry point into an increasingly choppy market. A downturn that signals a washout or a rally that must be chased by fund managers could be one indicator that it is time to get in, he noted. But it’s only one factor.

“The way I look at it, you never know which one of these bounces is going to be meaningful,” Cappelleri said.

The Instinet exec said that speculative investments such as the Cathie Wood’s ARK Innovation ETF (ARKK) and the SPDR S&P Biotech ETF (XBI) were “breaking down.”

He also said that semiconductor funds, which represent the heart of the technology sector’s outlook for growth, have been hammered.

“SMH or SOXX look similar [and has] really been having a lot of back and forth and now potentially breaking down from a two-month topping formation,” Cappelleri said, referring to the ticker symbols for the funds.

So, what should investors being thinking about as the market whipsaws?

Cappelleri said look for assets and funds to produce lower lows and higher highs to help determine whether an uptrend or a downtrend is in effect. He said knowing the difference between an uptrend and a downtrend is crucial because you want to sell rallies in a downtrend and buy the dip in an uptrend. (As an aside, long-term investors shouldn’t make a practice trying to time the market)

Cyclical sectors such as the energy (XX:SP500) (XLE) and financials (XX:SP400) (XLF) also have been hot so far this year, while communication services (XX:SP500) (XLC) were seen trying to stabilize, Cappelleri said.

…and one more thing

Bloomberg’s Balchunas says that individual investors are showing signs of their commitment to this market, which may serve as a bullish indicator for some market watchers. He said that retail investors were seeing an opportunity for cheap beta and taking it. He said retail was showing “diamond hands” times 10, an expression often used in social-media platforms to refer to an investor who isn’t inclined to sell and is holding a good investment for the long term.

That said, Balchunas sees cash-like investments also growing in popularity as Treasury yields, such as the 10-year (BX:TMUBMUSD10Y) and 2-year Treasurys (BX:TMUBMUSD02Y) rise and as market turbulence persists. The iShares Short Treasury Bond ETF (SHV) which tracks a market-weighted basket of short-term securities, is one area that he pointed to as having typically drawn flows among investors who turn to cash. The ETF manages over $13 billion and carries a 0.15% expense ratio, translating to an annual expense of $1.50 for every $1,000 invested. He also called out the slightly longer-term iShares 1-3 year Treasury Bond ETF (SHY) which carries the same expense ratio and manages $21 billion.

Have a question about your own retirement savings? Email us at HelpMeRetire@marketwatch.com.
REAL ESTATE・19 HOURS AGO
MarketWatch

Have a question about your own retirement savings? Email us at HelpMeRetire@marketwatch.com
BUSINESS・19 HOURS AGO
MarketWatch

'I don’t feel that we can or should afford to pay 45% of our take home income towards housing when we have a baby on the way.'
LOS ANGELES, CA・20 HOURS AGO

The grief-stricken husband of a fourth-grade teacher killed in the Uvalde, Texas, school massacre died of a heart attack just two days after the mass shooting, family said on Thursday. Joe Garcia died in the aftermath of the Robb Elementary School shooting that killed 19 children and two teachers —...
UVALDE, TX・1 DAY AGO
MarketWatch

The Russian Defense Ministry is promising to open a safe corridor to allow foreign ships to leave Black Sea ports. A separate corridor will be open to allow ships to leave Mariupol by sailing from the port on the Sea of Azov port to the Black Sea. Mikhail Mizintsev, who...
INDUSTRY・2 DAYS AGO