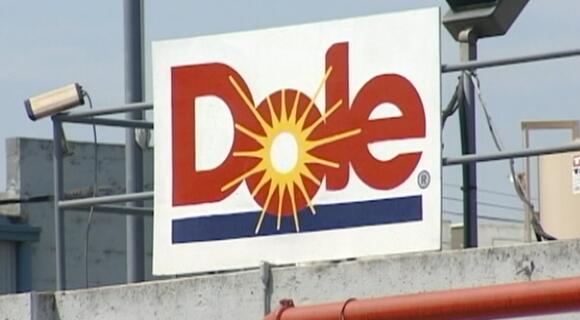 The FDA reported listeria contamination in a single package of shredded iceberg lettuce produced in the Yuma facility.

"We performed extensive sanitation of both plants, including disassembly of all processing lines, machinery, and supporting components,” Goldfield said, "Finally, we performed a detailed root cause analysis to formulate an understanding of the events leading up to the recalls and suspension of operations."

There was also contamination reported from a plant in North Carolina which has also resumed normal production.

According to the CDC, listeria is a bacteria that infects over a thousand people a year.

16 people got sick from this outbreak and two died.

Dole said it received FDA approval to re-open the plants.

Channah Rock is an environmental science professor at the University of Arizona.

She says listeria is a common bacteria.

“It’s coming from the environment, and it’s being transferred onto a crop as it comes into a facility,” Rock said.

While it's a nown bacteria, Rock also says listeria contaminations in shipped produce is rare.

She adds consumers should always store their food safely at home, but feel confident what they buy at the grocery is safe.

"We strive to reduce risks as much as possible, and unfortunately there are things now and then that do occur and bacteria can make it into fresh produce," Rock said.

SPECIAL REPORT: How local law enforcement is dealing with fentanyl throughout Yuma County

Fentanyl, a synthetic opioid, has become a growing problem throughout the United States. The same can be said for Yuma County. The post SPECIAL REPORT: How local law enforcement is dealing with fentanyl throughout Yuma County appeared first on KYMA.
YUMA COUNTY, AZ・3 DAYS AGO

The Department of Homeland Security is asking a federal judge for a ruling on Title 42 by Friday, saying it will help them better prepare for what ever comes next. The request for a faster ruling comes as numbers continue to rise. The post Department of Homeland Security asks federal judge for quicker ruling on Title 42 appeared first on KYMA.
YUMA, AZ・2 DAYS AGO
KYMA News 11

A dog’s breath says a lot about their health  

Dog breath can be an annoyance to pet owners but it could be a bigger sign of your dog’s health.  The post A dog’s breath says a lot about their health   appeared first on KYMA.
YUMA, AZ・6 DAYS AGO

The summer months in the Desert Southwest are not only the warmest they're also the most scarce when it comes to donations. The post USPS is making giving easier this Saturday with Stamp Out Hunger program appeared first on KYMA.
YUMA, AZ・8 DAYS AGO
KYMA News 11

The legal battles over the controversial pandemic policy that allows border patrol to expel migrants before they claim asylum continued Friday. The post Federal judge to rule on Title 42 before May 23rd expiration date appeared first on KYMA.
YUMA, AZ・8 DAYS AGO
KYMA News 11

Local immigrants being taken to Washington D.C. on buses

State communications director C.J Karamargin confirming with us. The first bus departed from Yuma on Monday, with 20 migrants on board, arriving in Washington D.C on Wednesday. The post Local immigrants being taken to Washington D.C. on buses appeared first on KYMA.
YUMA, AZ・9 DAYS AGO

Local law enforcement came together Sunday night all to honor those who have made the ultimate sacrifice. The post Community gathered to remember law enforcement officers who sacrificed their lives appeared first on KYMA.
YUMA, AZ・6 DAYS AGO
KYMA News 11

The Salton Sea, a body of water created from a 1905 spill over from the Colorado River. The post SPECIAL REPORT: Lithium Valley – Recovery metal from the Salton Sea appeared first on KYMA.
SALTON CITY, CA・8 DAYS AGO
KYMA News 11

In today's Home Grown, the crops that were grown over dry desert land are responding well to the trial in Somerton. The post Home Grown: Watermelon and bell peppers show clay soil trial is doing well appeared first on KYMA.
SOMERTON, AZ・11 DAYS AGO
KYMA News 11

Congratulations! The post Congrats to our 2022 Mom of the Year! appeared first on KYMA.
YUMA, AZ・10 DAYS AGO
KYMA News 11

According to Datasembly, data shows 31% out-of-stock rate in April 2022 for baby formula, which is up 11% nationwide compared to November 2021. A skyrocketed increase from the first half of 2021 when the out-of-stock rate was relatively stable between 2-8%. The post Imperial Valley residents still having trouble finding baby formula appeared first on KYMA.
IMPERIAL COUNTY, CA・12 DAYS AGO
KYMA News 11