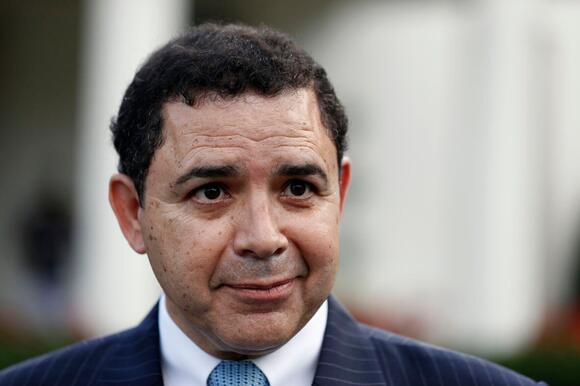 (The Center Square) – The Laredo, Texas, home and campaign office of Democratic U.S. Rep. Henry Cuellar, a vocal critic of the president, was raided by the FBI on Wednesday.

"The FBI was present in the vicinity of Windridge Drive and Estate Drive in Laredo conducting court-authorized law enforcement activity," FBI spokesperson Rosanne Hughes said in a statement. "The FBI cannot provide further comment on an ongoing investigation."

The congressman is fully cooperating, his office said.

“Congressman Cuellar will fully cooperate in any investigation. He is committed to ensuring that justice and the law are upheld,” his spokesperson said.

Cuellar has represented Texas’s 28th Congressional District since 2005. His district includes communities located along the border with Mexico, spanning as far south as Reynosa along the Rio Grande River, stretching northwest to Laredo and northeast to San Antonio.

Cuellar hasn’t been shy about criticizing the Biden administration or asking it for help. He’s called on President Joe Biden to halt his administration’s open border policies, which Cuellar argues has burdened local law enforcement, endangered local communities, led to increased crime, drug and human trafficking, cartel and gang violence, and the spread of the coronavirus.

Last year, Laredo’s Democratic mayor sued the Biden administration for busing illegal immigrants from other areas of the border to Laredo, and straining its local health-care resources. Laredo officials learned after the fact that a large percentage of those being bused in were sick with the coronavirus.

A small border town, Laredo doesn’t have the financial or health-care resources to meet such a burden, its mayor said. The Biden administration responded by agreeing to not bus illegal immigrants reportedly sick with the coronavirus to Laredo, instead busing them to Houston, Dallas and other larger cities.

Cuellar also individually and as a leader of a Democratic congressional delegation called on the president to restore Medicaid funding to Texas, which the administration halted last year. Halting the funding has hurt some of the poorest communities in Texas, he and the delegation argued. Texas Attorney General Ken Paxton sued over the halted funding, which has yet to be restored.

Last year, U.S. Customs and Border Patrol reported the greatest number of encounters of illegal immigrants in the agency’s recorded history after the Biden administration reversed a range of immigration policies. In addition to no longer enforcing immigration laws passed by Congress, the administration halted construction of the border wall, halted the Remain in Mexico program, reduced Title-42 expulsions, and introduced sweeping changes to arresting, detaining and deporting illegal immigrants. While Paxton has sued the administration seven times over immigration and won, the Remain in Mexico program, in which immigrants were returned to their home country while the asylum process played out, is still not being fully implemented, and Title 42’s fate remains tenuous.

In the last primary election, Cueller beat Cisneros by roughly 2,700 votes. She’s referred to him as “Trump’s favorite Democrat” and criticized his willingness to work with Republicans in the spirit of bipartisanship.

Benavides has argued the district needs a more progressive Democrat.

If the FBI really want a real job, they need to raid Hunter Biden's house. You know it's bad when your own (Democrats) turn on you.

probably has nothing to do with whether he does or doesn't like Biden and everything to do with his ethics. Republican or Democrat they all need to be investigated if they're doing something wrong. I don't get why they aren't trying to figure out what Trump has on all these Republicans though. there's got to be some compromising something there somewhere