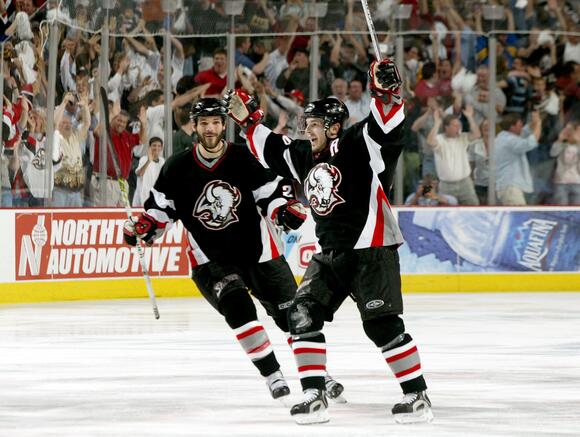 According to Icethetics, a website dedicated to hockey jersey designs, says the team will bring back its black and red jerseys as a third jersey starting next season.

Viktor Maudr tweeted from the Czech Republic, "the jersey is in official offer list for NHL fan shops for next season."

Icethetics reports one of their sources has confirmed this will be the team's third jersey in the 2022-23 season.

Icethetics also notes there are some minor tweaks to the third jersey logo from the original 1996-2006 logo.

This has not been confirmed by the Sabres.

In one quote, former Buffalo Bills great Bruce Smith captured the grasp of a community, as he joined in the efforts in response to the mass shootings in Buffalo that claimed 10 lives. Read more here:
3 DAYS AGO
WBEN 930AM

Buffalo, N.Y. (WBEN) - Garth Brooks is coming to Buffalo and will play Highmark Stadium July 23rd. The appearance will be Brooks’ first visit in seven years.
12 DAYS AGO