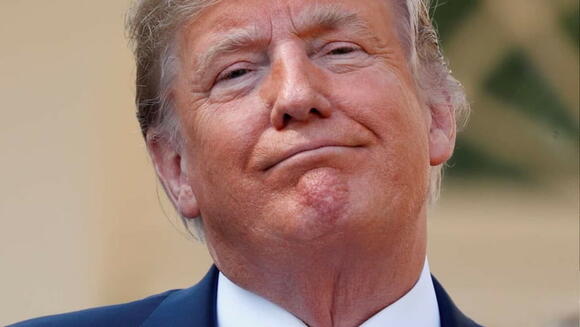 Donald Trump has tried to twist President Joe Biden ’s words to falsely argue that the 2020 election was fraudulent, despite having no evidence to support the repeated claims.

“President Biden admitted yesterday, in his own very different way, that the 2020 election may very well have been a fraud, which I know it was,” the former president said in a statement on 20 January, the anniversary of his last day in office. “I’m sure his representatives, who work so hard to make it look legit, are not happy.”

During his first press conference of 2022 on Wednesday, Mr Biden was asked if he believes the upcoming midterms will be fairly conducted and that the results will be legitimate even if Democrats are unable to pass voting rights legislation before the elections are held this autumn.

Mr Biden said that “it all depends on whether or not we’re able to make the case to the American people that some of this is being set up to try to alter the outcome of the election”, referring to Republican state-level voting laws, which some observers, civil rights organisations, and Democrats have argued make it harder for mostly Democratic constituencies to vote.

“Remember how we thought not that many people were going to show up to vote in the middle of a pandemic? We had the highest voter turnout in the history of the United States of America,” Mr Biden added. “Well, I think if, in fact — no matter how hard they make it for minorities to vote, I think you’re going to see them willing to stand in line and — and defy the attempt to keep them from being able to vote.

“I think you’re going to see the people who they’re trying to keep from being able to show up, showing up and making the sacrifice that needs to [be made] in order to change the law back to what it should be,” he said. “But it’s going to be difficult. I make no bones about that. It’s going to be difficult. But we’re not there yet. We’ve not run out of options yet. And we’ll see how this moves.”

Mr Biden said during the press conference that “the increase and the prospect of” the 2022 midterms “being illegitimate is in direct proportion to us not being able to get these reforms passed”.

White House Press Secretary Jen Psaki was asked on Fox News on Thursday “if you’ll continue to say the 2022 elections will be illegitimate?”

“I talked to the president a lot about this and he absolutely is not predicting that the 2022 elections would be illegitimate,” she said. “The point he was raising is both that in 2020, even among challenging circumstances, efforts to suppress the vote in the midst of a pandemic, there was record turnout” among both Democrats and Republicans .

“The point [Mr Biden] was making is that the former president asked a number of states, seven or more in fact, to overturn the outcome of the election,” she added. “If there’s an effort to do that, we have got to fight against that, that’s what commitment is.”

Ms Psaki said Mr Biden “was not making a prediction” and that he has “confidence in the American people and we’re going to do everything we can to protect people’s rights”.

Greene testified on Friday that she didn't recall whether she asked Trump to invoke military rule, despite telling Meadows to relay the idea to Trump.
ATLANTA, GA・20 DAYS AGO
WashingtonExaminer

When President Joe Biden named Kamala Harris as his running mate, he promised his former campaign rival would be one of the most influential voices in the White House.
PRESIDENTIAL ELECTION・20 DAYS AGO
The Independent

Republican Pennsylvania Senate candidate Kathy Barnette is facing heat from influential Republicans — including Fox News host Sean Hannity — now that she's surged to a front-runner position just days before the state's primary.GOP operatives backing celebrity talk show host Dr Mehmet Oz's candidacy have circled the wagons and begun attacking Ms Barnette to try to hobble her ahead of the primary, NBC News reports. On Thursday, former President Donald Trump weighed in, launching an attack on Ms Barnette to try to boost the chances of his preferred candidate, Dr Oz. He did hedge his bets, however, and said...
PRESIDENTIAL ELECTION・2 DAYS AGO
The Independent

New York congresswoman Elise Stefanik, the third-ranking Republican in the US House of Representatives, has been roundly criticised for calling her political opponents the “usual pedo grifters” as she joined GOP officials attacking the White House and congressional leadership for their response to a nationwide shortage of baby formula.She claimed that the administration has “no plan” to address the shortage; the White House and House Speaker Nancy Pelosi have put forth plans to tackle the crisis, including a forthcoming vote to boost supplies for low-income families.Congresswoman Stefanik’s use of “pedo” on 13 May follows an explosion of casual smears...
CONGRESS & COURTS・2 DAYS AGO

Biden's leadership of Democrats faces test in next primaries

In his telling, President Joe Biden's political philosophy is rooted in Pennsylvania, where the son of Scranton grew up watching families struggle to make ends meet.But as Democrats in the president's home state choose a nominee on Tuesday for a critical U.S. Senate seat, the moderate candidate long viewed as an heir to the Biden wing of the party is at risk of being trounced by a progressive once backed by Vermont Sen. Bernie Sanders.On the opposite coast, U.S. Rep. Kurt Schrader of Oregon, the first candidate Biden endorsed this year, faces a spirited challenger from the left. And...
PRESIDENTIAL ELECTION・5 HOURS AGO
The Independent

Vladimir Putin is so popular in Russia that he has the “political space” to withdraw his forces from Ukraine, said Boris Johnson.The prime minister said the Russian president still has “massive backing” from his own people despite international outrage over the invasion.“The Russian public overwhelming back Putin,” Mr Johnson told Talk TV. “Therefore he has the political margin for manoeuvre from within Russia … Putin has far more political space to back down, to withdraw.”The PM added: “There could come a point when he could say to the Russian people, ‘The military-technical operation that we launched in Ukraine has...
POLITICS・19 DAYS AGO
The Independent

A legal effort to ban Marjorie Taylor Greene from standing for re-election has been given the go-ahead by a federal judge, who denied the far-right Georgia congresswoman’s attempt to have the case against her thrown out – paving the way for further proceedings by the end of this week.The news led Ms Taylor Greene to complain that “I have to go to court on Friday and actually be questioned about something I’ve never been charged with and something I was completely against.”Ms Greene, a hardline pro-Trump Republican who has long circulated false conspiracy theories, is accused by campaigners of...
CONGRESS & COURTS・26 DAYS AGO
The Independent

A former official in Donald Trump’s administration is sounding the alarm about the danger of far-right rhetoric in the wake of the mass shooting in Buffalo, New York.Miles Taylor, a former deputy chief of staff at the Department of Homeland Security, wrote on Twitter early on Sunday morning that the words of “leaders” of the GOP, including presumably Donald Trump, was responsible for “directly” inspiring violence like the attack an 18-year-old is accused of carrying out in a Buffalo supermarket on Saturday that left 10 dead and others injured.“I spent a decade working in counterterrorism. The rhetoric we are...
PUBLIC SAFETY・17 HOURS AGO

The Kremlin has refused to acknowledge its death toll in Ukraine, though a spokesperson admitted that Russia suffered "significant losses."
MILITARY・20 DAYS AGO
BIN: Black Information Network

A federal judge cleared the legal path for Georgia voters to stop Greene from being able to run for re-election. The Georgia rep was stripped of her committee assignments over racist comments she made online.
GEORGIA STATE・25 DAYS AGO
Business Insider

Harvard polled Americans under 30 who are likely to vote in the midterms and found 85% of them want some government action on student loan debt.
PRESIDENTIAL ELECTION・20 DAYS AGO

EXCLUSIVE: A group of Republican senators is introducing legislation to block the Biden administration from sending personnel and funding from the Department of Veterans Affairs (VA) to alleviate the crisis at the southern border. The senators are alarmed by the Biden administration's announced termination of Title 42 on May 23,...
CONGRESS & COURTS・19 DAYS AGO
Business Insider

"There's something you want me to ask about FEMA?" Trump reportedly asked Lamont. "Well, ask me nicely."
CONNECTICUT STATE・19 DAYS AGO
HuffPost

Greg Gutfeld had argued that abortion rights advocates "don't have the balls to state their case plainly."
ENTERTAINMENT・4 DAYS AGO
americanmilitarynews.com

The intelligence the U.S. shared with Ukraine helped it continue to resist Russian invading forces and even shoot down a transport plane carrying hundreds of Russian troops, a new report revealed. According to current and former U.S. officials who spoke with NBC News on Tuesday, the U.S. provided critical intelligence...
MILITARY・19 DAYS AGO
Newsweek

The former president referenced scoring well on a cognitive test in 2018, which is designed to detect whether a person has early stages of dementia.
DELAWARE COUNTY, OH・21 DAYS AGO
Washington Examiner

Russian President Vladimir Putin on Monday accused Western intelligence services, specifically the CIA, of advising Ukraine on how to assassinate a senior Russian propagandist, Vladimir Solovyov. While Putin said his Federal Security Service disrupted the plot against Solovyov, the evidence for the plot's existence is far from convincing. After all,...
POLITICS・20 DAYS AGO
The Independent

Vladimir Putin is “very ill with blood cancer” an oligarch with close ties to the Russian leader has reportedly been recorded as saying.The unnamed oligarch was recorded discussing Putin’s health with a Western venture capitalist in mid-March in a recording obtained by New Lines, a US magazine.The new claims come amid mounting health concerns about the Kremlin leader who has appeared frail at public events including the Victory Day celebrations last week while videos have circulated showing president Putin “shaking uncontrollably.” Publicly the Kremlin has stated that Mr Putin is fit and well but his strict precautions during the...
CELEBRITIES・2 DAYS AGO
Business Insider

Approximately 15,000 Russian troops died in the invasion of Ukraine, per UK's Defense secretary.
MILITARY・20 DAYS AGO