The ultimate guide to making Korean BBQ at home, with tips and tricks from chefs

By Connie Chen
Insider
16 days ago 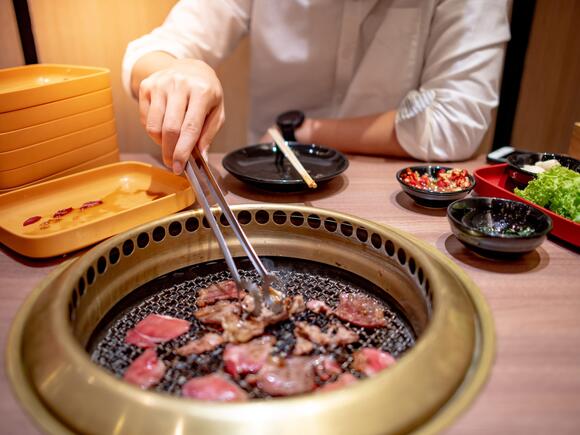 Prices are accurate at the time of publication.

When you buy through our links, Insider may earn an affiliate commission. Learn more.

Korean barbecue might be my favorite way to grill. More than just a grilling technique, it's a multi-part and multi-sensory social experience, enjoyed among friends and family gathered around the table. If you want to save money on a Korean BBQ restaurant or you don't have one nearby, the KBBQ experience is actually pretty easy to replicate at home.

The basic gist of Korean BBQ is that you cook different cuts of meat in the center of the table, wrap it in a lettuce leaf or piece of rice paper, dip it in a sauce (if it's not already marinated), and eat it alongside a large array of "banchan" (side dishes).

"When you do this at home once, you'll want to make KBBQ at home over and over again," said Bobby Yoon, owner of Korean barbeque restaurant Yoon Haeundae Galbi in New York City.

A checklist for preparing Korean BBQ at home

We'll go over each part below, along with product suggestions, where to buy ingredients, and cooking tips. With everything prepped and a guest list of hungry friends and family, you're ready for a DIY Korean barbeque night.

Equipment and tools you need for Korean BBQ

In Korean barbecue, the grill is the center of the experience. It sits in the middle of the table, rather than off to the side, so you can watch and be directly part of the action.

At restaurants, the grill is built into the table, but at home, you can recreate the setup by using a portable butane stove with a grill plate or an indoor portable grill .

You'll also need a pair of cooking tongs to cook and serve the meat, and kitchen scissors to cut the meat into smaller portions. Have a large number of small bowls or dipping trays on hand to serve sauces and the various banchan. 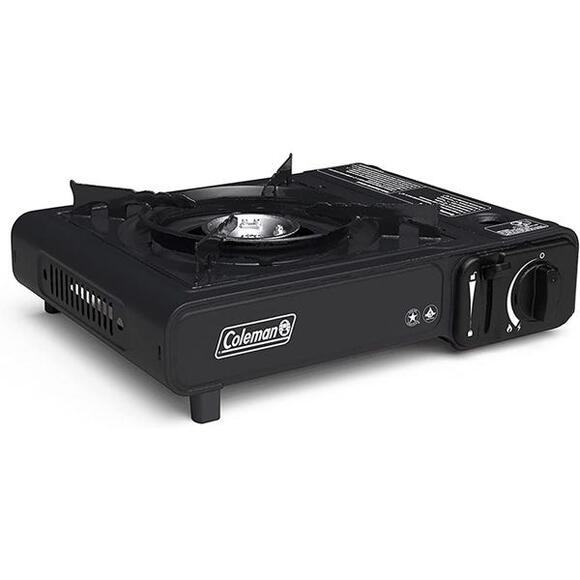 Coleman Butane Stove A butane stove is convenient because butane is usually cheaper than propane, but you'll have to make sure you can get your hands on it easily enough. Butane, while considerably cheaper, also burns hotter, so you'll get a better flame out of it. $34.99 FROM AMAZON 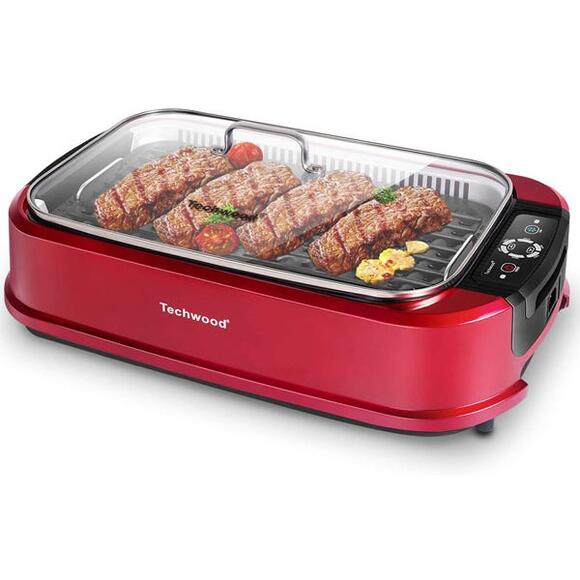 Techwood Indoor Electric Grill This high-tech grill has digital temperature control, letting you get an exact cook on all your meat. It's also smokeless so you don't need to turn on the fan in your kitchen. $131.98 FROM AMAZON 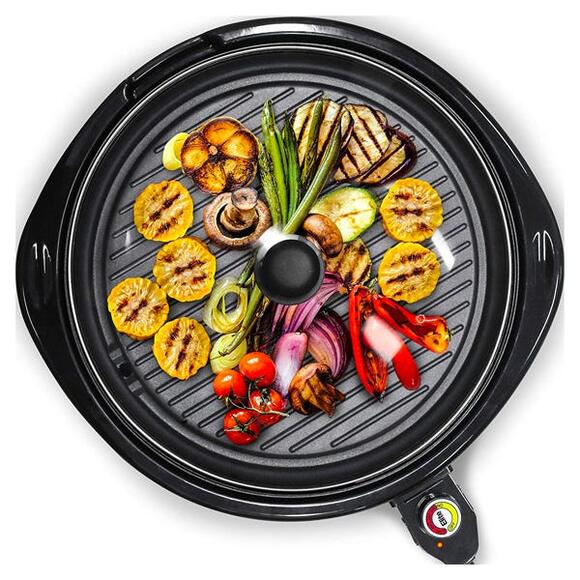 Elite Gourmet Electric Round Grill This grill is a favorite among home KBBQ grillers for its quick and even heat, large size, and easy cleanup process. It's lightweight, so setting up your table won't be difficult. $39.99 FROM AMAZON

Meat and vegetables you need for Korean BBQ

The kinds of meat and vegetables to grill are really up to you — KBBQ is more about the format of communal grilling than the specific foods that you must eat, explained Deuki Hong, the owner of Korean fried chicken spot Sunday Bird in San Francisco and author of " Koreatown: A Cookbook ."  Hong was also the executive chef at Korean BBQ restaurant Kang Ho Dong Baekjeong in New York City.

Typical cuts of meat include:

These meats can be marinated the night before cooking, or you can dip them in various sauces after cooking. You can usually find these cuts at an Asian grocery store like HMart or 99 Ranch Market .

Sauces and marinades you need for Korean BBQ

You can make your own sauces and marinades at home, or you can buy premade ones from an Asian grocery store. Both Yoon and Hong recommend the brand CJ Foods for its marinades. One tip from Hong: dilute the marinades with a little water. The flavor can be a little intense so dilution isn't a bad idea. We also love Omsom's spicy bulgogi starter .

As for a dipping sauce, ssamjang is popular. It's made from Korean soybean paste, Korean chili paste, and a handful of pantry staples like garlic, toasted sesame oil, honey, and sesame seeds ( here's a recipe to try ).  Again, you can buy it premade online or at your local Asian market. 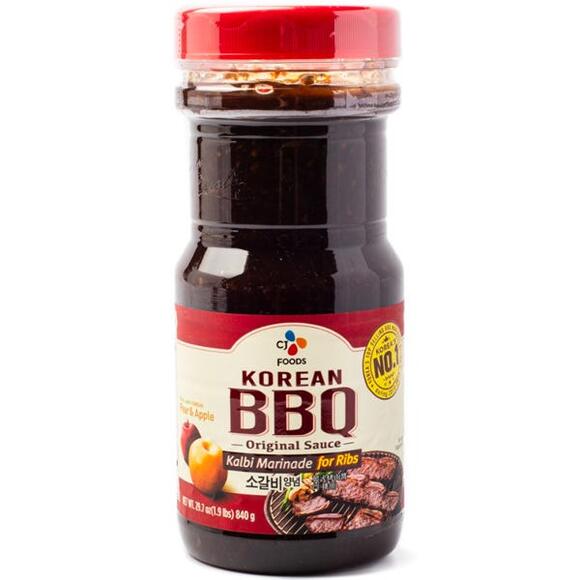 CJ Foods Korean BBQ Kalbi Marinade One of Bobby Yoon's favorite store-bought marinades is from CJ Foods. The sweet marinade can be used on short ribs, chicken, and more. $5.99 FROM WEEE! 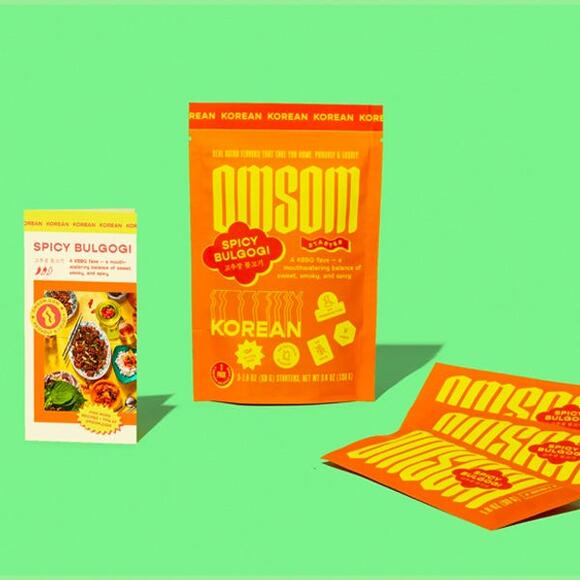 There's an art to cooking Korean BBQ, including which meats to cook first and how often to flip them on the grill. Hong recommends starting with non-marinated meats and ending at the marinated, most fatty meats. If you start with a marinated, fatty pork first, the heavier flavor will coat the inside of your mouth and make it harder to differentiate among flavors and eat more later.

And though it's fun and tempting to keep flipping the meats, "when cooking beef, you only flip once," said Yoon. Use high heat, cook one side until it browns, then flip it over and cook until medium-rare or medium. Pork is fattier and can get crispier, so he likes to flip it about three times on each side.

Yoon's unique tip to make Korean BBQ extra special is to use a special salt (truffle salt, Japanese sansho salt , or salt and pepper with sesame oil). "You can sprinkle this over the meat when done cooking or even dip the meat just lightly in the salt with each bite," he said.

Hong recommends grilling unexpected items, like kimchi, and taking advantage of the natural meat juices on the grill. "Grilling kimchi along with your pork belly is so good and I feel [using the pork fat] is a really underrated thing."

Side dishes to go with Korean BBQ

Korean BBQ is as much about the delicious sides as it is about the meat — it simply wouldn't be complete without banchan crowding the table. Often acidic or pickled, banchan is also important because it cuts through the flavor of fatty meats and balances out the whole meal. "The biggest step is making sure that your side dishes are things that really contrast the meat," said Hong.

Some banchan you can make include:

In general, you can't go wrong with any pickled, crunchy vegetable as a side. Yoon said, "I like vegetables with a good crunch like onion, jalapeno, radish, chayote, even cauliflower and broccoli. The pickling ratio should be 1:1:1 of soy sauce, vinegar, and sugar."

If you don't make them from scratch, you can often find banchan in the hot foods section or refrigerated aisles of a Korean market.

Alcohol and drinks to have with Korean BBQ

Wash down the salty richness of Korean BBQ with soju, beer, and makgeolli (a Korean rice wine). Online, you can pick up these drinks from services like Drizly .

Lunar's hard seltzers , with flavors like yuzu and plum, also pair well with the meal. If you prefer a non-alcoholic option, we suggest Sanzo's lychee and calamansi sparkling waters . 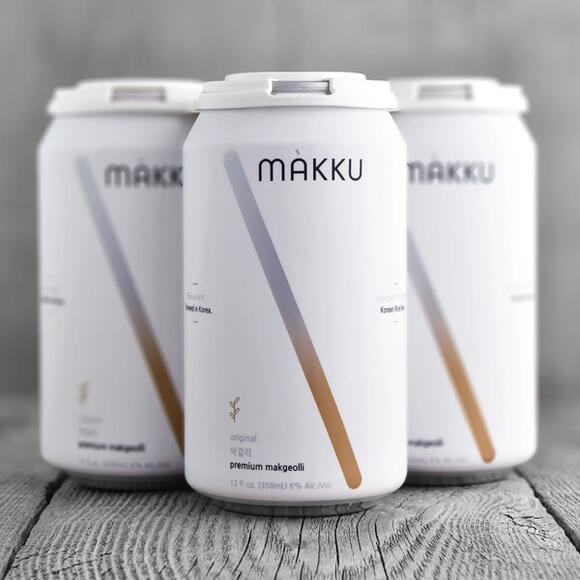 Makku Korean Rice Beer (4-pack) A nice milky drink that is sweet and refreshing. It's easy to drink and pairs well with a lot of different foods. $10.99 FROM TOTAL WINE 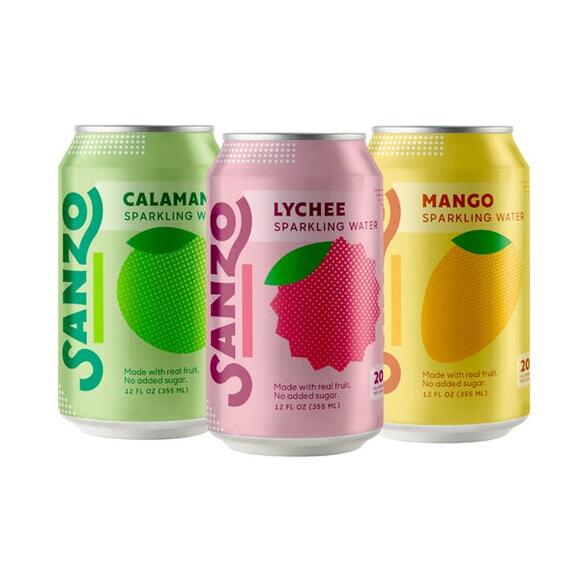 Where to buy Korean BBQ ingredients and supplies online

Now that you're fully briefed on how to have a Korean BBQ at night, here's where you can shop online. Note that shipping and delivery areas vary.

What's mise en place? How to use the pro organization technique in your own kitchen, according to chef instructors

Mise en place is a term that chefs use to describe their prep before cooking. Using it at home makes cooking easier and less stressful.
RECIPES・11 HOURS AGO
Insider

I ate lunch at one of the oldest restaurants in Paris that's loved by royalty and world leaders, and the Michelin-starred meal transported me back in time

I tried 3 celebrity chefs' recipes for pasta salad, and the best doesn't use any mayonnaise

I tried Guy Fieri, Robert Irvine, and Sunny Anderson's recipes for the classic potluck dish to find the best one to enjoy this Memorial Day weekend.
RECIPES・9 HOURS AGO

Starting a charcoal grill is easiest with a chimney starter, but you can also use charcoal, newspaper, and a lighter.
FOOD & DRINKS・9 HOURS AGO
Insider

I've stayed in 3 types of rooms on cruises, and the cheapest was never worth it. Here's what to book instead.

Interior staterooms, ocean-view staterooms, and balcony staterooms offer different experiences. Here's what to know before booking for a family.
TRAVEL・1 DAY AGO
Insider

The 14 best shampoos for thinning hair, according to experts

Thinning hair can be caused by many factors, from genetics to stress. These expert-recommended shampoos can help promote healthier, stronger hair.
HAIR CARE・1 DAY AGO
Insider

These are the best protein bars for snacking or fueling up after a workout, approved by a dietitian

If you want to increase your daily protein intake, protein bars are an easy and delicious solution to do so. Here are our 5 favorites.
NUTRITION・10 HOURS AGO

We tried every Casper mattress ahead of its Memorial Day sale. Here are the ones worth buying.

We've tested every Casper mattress, pillow, sheet set, and more. Here are reviews for all the brand's products.
LIFESTYLE・8 HOURS AGO
Insider

The grinder salad sandwich has gone viral despite the creator starting out with just 70 followers. She told Insider how it took over TikTok.
RECIPES・1 DAY AGO
Insider

7 effective ways to improve gut health, according to registered dietitians

Your gut health plays a key role in your mental and physical well-being so it's important to keep a happy, balanced microbiome — here's how.
MENTAL HEALTH・7 HOURS AGO
Insider

From a tender filet mignon to a marbled ribeye to a lesser-known, flavorful picanha, a wide variety of steaks are delicious on the grill.
FOOD & DRINKS・9 HOURS AGO
Insider

I roadtripped the Kentucky Bourbon Trail and stayed in an Airbnb that used to be a distillery. Here's a look inside.