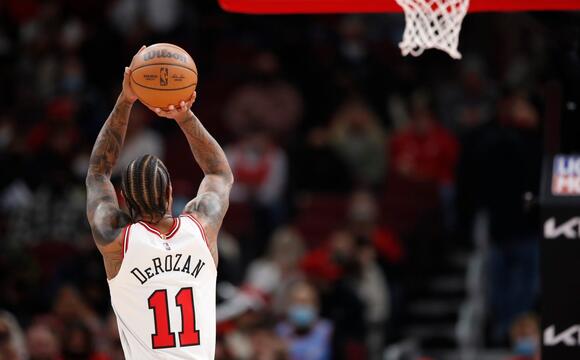 DeRozan continued to lead all East guards by a wide margin in All-Star fan voting in the latest returns released by the NBA on Thursday. DeRozan has garnered more than 4.1 million votes, easily outpacing the Hawks’ Trae Young (2.14 million), Bulls teammate Zach LaVine (1.98 million) and the Nets’ James Harden (1.96 million).

Fan voting makes up 50% of the All-Star ballot in deciding the starters for the game. Media and player voting also make up 25% apiece.

NBA head coaches select the All-Star reserves. Two team player captains then hold a draft to select their squads among the players who were named All-Stars, regardless of conference affiliation.

TNT will reveal the All-Star starters and team captains on Jan. 27. Reserves will then be revealed on Feb. 3. The All-Star Game will be held on Feb. 20 in Cleveland.

DeRozan is averaging 25.7 points per game, which ranks eighth in the NBA, to go with 5.0 rebounds and 4.9 assists.

Coming from humble beginnings, Young evolved from an unranked, overlooked recruit into a bona fide NFL prospect over five years at Lenoir Rhyne. Making a big leap to the NFL with the Seahawks, his former receivers coach doesn't expect his pupil to be fazed at all by the jump in competition.
SEATTLE, WA・12 MINUTES AGO