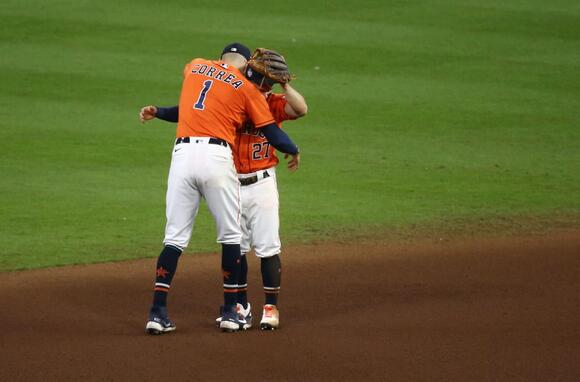 With All-Star Shortstop Carlos Correa in the midst of free agency, why would he change his representation?

Recently, MLB Insider Jon Heyman reported that former Houston Astros shortstop Carlos Correa had switched his representation to baseball super agent Scott Boras. The timing of this move seems potentially unprecedented. Now, while unusual, players have switched agencies during free agency before. However, with the MLB still in the midst of their first work stoppage in 27 years, this presents another element of uncertainty for Correa’s free agency.

With more questions than answers at this point, what would prompt such a move from Correa at this time?

The picture can be painted through examining the dominoes that have already fallen. Correa had long been rumored to be seeking a reunion with his former manager AJ Hinch who is currently managing the Detroit Tigers. Now, with Javier Báez headed to the Tigers on a six-year, $140 million contract, that door appears shut.

Historically, the key to securing maximum pay days has been getting the young rebuilding teams to enter bidding wars against established contenders. Unfortunately for Correa, the Tigers aren’t the only option in this category to come off the board. The Texas Rangers are another team whose position as leverage is now off the table. Having landed two middle infielders in Corey Seager and Marcus Semien for over half a billion dollars, the Rangers have no place for Correa. With two big spenders gone in Texas and Detroit, the majority of teams left at the negotiation table currently sport high payrolls.

In the absence of typical MLB negotiation strategies, turning to the most successful agent in the game is the last leverage play Correa had left. Throughout his career nobody else has been able to garner leverage out of thin air quite like Boras.

Narratives such as Bryce Harper’s desire to stay out of Philadelphia have driven conversations and price tags for his clients. Plus, even though Boras likes to wait for markets to develop, he still is best positioned to negotiate a mega-deal quickly for the shortstop as seen through his success at the Winter Meetings prior to the 2020 season.

With the New York Yankees and Houston as the main suitors left, Boras gives Correa an advantage here. Boras is the agent for both José Altuve and Yankees ace Gerrit Cole, the faces of their respective organizations. The familiarity between Boras and the franchises will help facilitate and speed up negotiations.

While on the surface Correa’s move seems questionable, breaking down the logistics make it clear that it was a strong and strategic decision for the All-Star shortstop. With the leverage only Boras seems to generate, Correa can continue to set his sights on a $330 million plus offer . After all, it wouldn’t be the first time Boras got a deal done at that number.

It's Time to Be Concerned About Philadelphia Phillies' Realmuto

Philadelphia Phillies' catcher J.T. Realmuto has slumped to begin 2022. Can the Phillies expect more from him, or is it time to panic?
PHILADELPHIA, PA・2 DAYS AGO
Inside The Phillies

The Philadelphia Phillies found their stride late to take a 4-3 victory over the Los Angeles Dodgers.
PHILADELPHIA, PA・2 DAYS AGO
Inside The Phillies

The latest edition of Inside the Phillies' newsletter Phillies Phocus is here!
PHILADELPHIA, PA・1 DAY AGO
Inside The Phillies

John Kruk underwent surgery on Monday and is confident to return to the booth in June.
PHILADELPHIA, PA・7 HOURS AGO

The Philadelphia Phillies top catching prospect put together a magnificent week at the plate.
PHILADELPHIA, PA・1 DAY AGO
Inside The Phillies

The Philadelphia Phillies travel south to Atlanta where they will open the season series with a four-game set.
PHILADELPHIA, PA・1 DAY AGO
Inside The Phillies

The Philadelphia Phillies won the series opener against the Atlanta Braves on Monday night.
PHILADELPHIA, PA・9 HOURS AGO