The Life Of Draco: Soulja Boy Dishes On The Making Of His New REVOLT Docuseries [Exclusive] 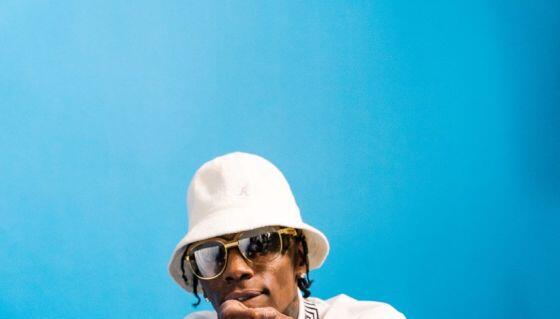 Get excited — Soulja Boy has a new docuseries on its way, courtesy of REVOLT.

Adding to his extensive list of firsts , Big Draco is now the very first rapper to have his own show on the REVOLT app. The Life of Draco will follow the artist, producer, and entrepreneur as he navigates life, giving fans an inside look at what it’s like to walk in his shoes. Fans can also look forward to a ton of cool guest appearances.

“The vlog-style series will candidly document Soulja Boy’s daily experiences as he tours across Chicago, Nashville, Cincinnati, and Miami on the 2021 Millennium Tour,” an official press release adds. “ The Life of Draco will feature a roster of exciting guest appearances from some of today’s biggest artists and cultural leaders including Justin Bieber, Bow Wow, T.I, Rich The Kid, DJ Akademiks, and more. From performing on stage, exclusive backstage access, shopping sprees, and non-stop funny moments from Soulja Boy and his crew, viewers and Hip-Hop fans alike will enjoy an exclusive look into never-before-seen moments from the platinum-selling artist’s life.”

We can’t wait to tune in — especially because Soulja took a few minutes to speak with Global Grind and he’s equally excited. Get into our quick chat below for more on how The Life of Draco came about and what we can expect.

On How Talks Got Started With REVOLT: “They came to me, said they want to work and I just said whatever we do, it gotta be big. It gotta be something nice. So, we bounced ideas and we came up with this series… The Life of Draco . Me on tour, me behind the scenes, performing — my whole life. Me and my celebrity homies, my everyday camp, my artists, my record label, everything… you get to see the ins and outs.”

On How Much Fans Will Learn About Soulja Boy As A Person:

“Y’all gonna get to learn about me. You’ll see from the moment I wake up until the moment I go to sleep… just working, put that work in. I’m the hardest working artist in the game. This is gonna showcase that… this is gonna showcase how hard I work behind-the-scenes, behind the music, the businesses… everything I got going on. It’s going to give people better insight on how hard I work.”

“I feel like I done got used to it now… there be so many cameras on me anyway,” Soulja said with a laugh. “If I’m out, they’re putting cameras in my face… there’s paparazzi. Man, I might as well have my own camera,” he added.

On Where He Gets His Sense Of Humor :

Tune in on the REVOLT app Friday, January 21st at 5pm EST.

Artist Anderson .Paak's family story is a wild ride. Check out fan reactions to a viral tweet that has him trending inside.  The post Oxnard Family Drama: Fans React To Anderson .Paak’s Crazy Family Story Causing Him To Trend On Twitter appeared first on Global Grind.
OXNARD, CA・9 HOURS AGO
Hello Magazine

Click here to read the full article. It seems like everyone was rooting for Renée Zellweger and Ant Anstead to get together, including an unexpected duo: the Property Brothers. Drew and Jonathan Scott recently revealed that they were the ones that ended up getting Zellweger and Anstead to meet, and subsequently fall in love. And their hard work ended up paying off! Back on April 14, 2022, the Scott brothers sat down with ExtraTV to talk about everything from Drew’s upcoming fatherhood to Jonathan loving GF Zooey Deschanel’s Vanity Fair gown. While we loved the entire interview, we’re losing it over...
CELEBRITIES・24 DAYS AGO

Everybody Hates Chris… Pratt: A Viral Tweet Calls For The Marvel Star To Be Replaced & Director James Gunn Claps Back

One viral tweet asked for Chris Pratt to be replaced in the Marvel Cinematic universe, because of his alleged political affiliation and his church’s anti-LGBTQ views. However, Guardians of the Galaxy director James Gunn clapped back with a series of tweets to defend the Marvel star. Read more inside.
CELEBRITIES・19 DAYS AGO
Hello Magazine

Gwyneth Paltrow is a doting mom to two teenage children, Apple and Moses, who she shares with ex-husband Chris Martin. The family are notoriously private, but over the weekend the award-winning actress gave a rare insight into their upcoming plans - and how they are changing things up this year for Mother's Day.
FAMILY RELATIONSHIPS・22 DAYS AGO
OK! Magazine

Ryan Seacrest is weighing in on the ongoing court battle between the Kardashian-Jenner family and Blac Chyna.According to a new report from Radar, the TV producer made some bombshell claims in his deposition, which the famous family is trying to get blocked from the jury. As reported by the outlet, Seacrest — who is scheduled to take the stand in the trial — shockingly revealed in his deposition that he wanted Chyna's show with Rob Kardashian, Rob & Chyna, to move forward, despite the Kardashian-Jenner squad's claim that there was fear over Rob's safety as a result of the exes'...
CELEBRITIES・22 DAYS AGO
hotnewhiphop.com

Flo Milli is setting some boundaries. The Alabama native is known for hits like "In The Party," "May I," and "Not Friendly," and while she loves to see fans in the audience having a good time and turning up at her shows, she's not impressed with watching them snort lines from up on stage.
CELEBRITIES・24 DAYS AGO

Princess Eugenie has taken to her Instagram Stories to make an exciting announcement related to The Anti-Slavery Collective, which she co-founded with her best friend Julia de Boinville back in 2017. Resharing a message from the charity organisation, the mother-of-one revealed she was posting "news from my charity". WATCH: Princess...
CELEBRITIES・22 DAYS AGO
Popculture

One of the stars of This Is Us is on the move to a new network in advance of the show's series finale. Deadline reported in March that Chris Sullivan, who plays Toby on the NBC series, will headline a comedy pilot for ABC. His new show is set to be titled The Son In Law.
TV SERIES・22 DAYS AGO
Hello Magazine

Kate Hudson has realized one of her dreams and has taken to Instagram to share the incredible news with her 15 million followers. Sharing two pictures of her looking casual in a pair of baggy dip-dyed trousers and a white tank top, and singing into a microphone, the actress announced a surprising career change.
CELEBRITIES・23 DAYS AGO
Us Weekly

It seems Coi Leray is getting fed up with the drama. She and her father, Benzino, have not seen eye to eye for quite some time, and despite numerous attempts to mend their relationship, they keep ending up back at square one. Yesterday, 50 Cent, whose been feuding with Benzino...
CELEBRITIES・24 DAYS AGO
SheKnows

The funny things that kids say are sometimes the cutest. With Eli currently in a coma, we haven’t seen Days of Our Lives actor Lamon Archey in action in Salem for a while now but he recently showed off a new look that had his daughter not only asking him why he decided on the change but also giving her opinion on why he did it in the first place.
CELEBRITIES・22 DAYS AGO
hotnewhiphop.com

50 Cent cast doubt on Megan Thee Stallion's recent comments about not having been in an “intimate relationship” with Tory Lanez, prior to the infamous shooting in July 2020 which left her with gunshot wounds. Megan's comment came during a recent interview with Gayle King, during which she...
CELEBRITIES・22 DAYS AGO
HipHopDX.com

Too $hort has worked with a score of legendary producers throughout his almost 40-year career, from Jermaine Dupri and Lil Jon to Daz Dillinger and DJ Pooh. But one big-name beatsmith he passed up the opportunity to work with was Kanye West. During a recent interview with VladTV, the Bay...
CELEBRITIES・22 DAYS AGO
IndieWire

Click here to read the full article. Nearly 50 years after the original “Rocky” hit theaters, the classic boxing franchise keeps getting up off the mat. Ryan Coogler breathed new life into the series with 2015’s “Creed,” which followed Sylvester Stallone’s Rocky Balboa as he trained a young boxer named Adonis (Michael B. Jordan), the son of his late rival Apollo Creed. The film earned strong reviews for taking the franchise in a modern direction while maintaining what people loved about the original films, and sequels were quickly planned. When “Creed II” was released in 2018, it cemented Michael B. Jordan’s...
MOVIES・24 DAYS AGO
Outsider.com

She’s definitely embracing the Hawaii lifestyle, and now “NCIS: Hawai’i” star Vanessa Lachey is showing off her everyday surrounding to her Instagram followers. “Hawai’i = Home,” Vanessa Lachey declares in her latest social media post. The “NCIS: Hawai’i” star also shares a snapshot of her sitting in a breathtaking area in Hawaii.
HAWAII STATE・22 DAYS AGO
The Independent

A woman has revealed several “red flags” that she found in the apartment of the man she’s dating, which included two books about pregnancy and a woman’s ring.In a recent video shared to TikTok, Devin, @discoveringdevin, filmed herself sitting on a bed and putting her thumb down, as the text reads: “Red flags in his apartment.”She then began by showing four Apple MacBooks, all placed on top of each other, on a desk. “Four laptops…what are you hiding?” Devin wrote in the text over the clip.Next, she documented what appeared to be a “girl’s ring” on a white shelf....
RELATIONSHIP ADVICE・23 DAYS AGO
GlobalGrind

We Like! Lizzo & Latto Among Celebrities Participating In Viral TikTok Challenge

A dance trend soundtracked by Guy's "I Like" has captivated the world, especially TikTok. Click inside to learn more about the viral challenge and see some videos of your favorite celebrities participating.
BEHIND VIRAL VIDEOS・26 DAYS AGO