The Weeknd Breaks This Billboard Global 200 Record With ‘Dawn FM’ 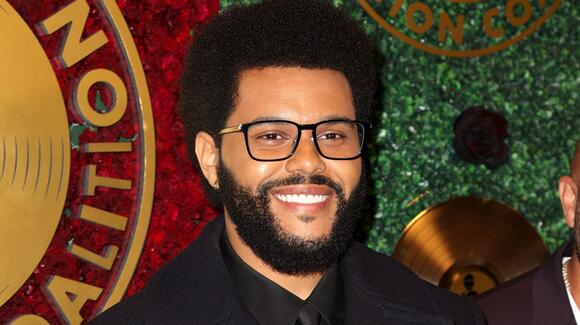 And just like that, The Weeknd breaks the record for the most songs charting in a single week by a male solo artist on Billboard’s Global 200 chart. The Toronto-bred crooner had 24 songs charts simultaneously as of Wednesday (Jan. 19).

His fifth studio album, Dawn FM, became an international success as it topped the charts in the U.K., Australia, Ireland, Switzerland, Sweden, and his home country, Canada. From the 16-track LP, “Sacrifice” charted at No. 2, while “Gasoline,” “Out of Time,” “Is There Someone Else?” and “How Do I Make You Love Me?” trailed behind one another.

Dawn FM debuted at No. 2 on the Billboard Global 200, selling 148,000 equivalent album units. However, the singer recently released an “alternate world,” deluxe version of the album with three new tracks following its Jan. 7 release.

Monte Lipman, Republic Records founder and CEO, spoke on the album’s impact in a statement, “The impact of Dawn FM speaks to The Weeknd’s undeniable global appeal and further reinforces the healing power of music. The non-traditional rollout represents Abel’s pure dedication to his fans by making new music available in real time. This body of work has captured the imagination of both the creative community and the overall marketplace.”

Check out the stunning visual for “Sacrifice” below:

Click here to read the full article. Introduced by Diddy as the first female rapper from Atlanta to go platinum, the lively host named “Big Energy” his theme song as Latto appeared on stage. Stepping out in a white and silver bustier adorned with gems and low-rise sparkly, sheer pants, Latto was joined by dancers in matching silver unitards to bring her chart-topping hit to life. The 23-year-old rapper switched back and forth between delivering her lyrics and hitting choreography alongside her dancers, sometimes doing both. “Billboard I need y’all on your feet right now,” she said as the lively performance...
MUSIC・7 DAYS AGO
Vibe

Click here to read the full article. On Friday (May 13), Burna Boy dropped a new single, “Last Last,” accompanied by a self-directed music video. The Chopstix-produced song samples Toni Braxton’s “He Wasn’t Man Enough” and was teased on Instagram Live by the Twice As Tall artist earlier this year. Much like Braxton’s 2000 breakup tune, “Last Last” finds Burna Boy reflecting on romantic woes to the rhythm of a bouncy, mid-tempo beat. Presumably a single from the Afro-fusion star’s anticipated sixth studio album, Love, Damani, this drop punctuates an especially active time for the soon-to-be 31-year-old. In April, he became...
MUSIC・9 DAYS AGO
Hello Magazine

Robin Roberts got emotional as she opened up about her relationship with partner Amber Laign, especially in the midst of a challenging health battle. The Good Morning America star made an appearance on The Ellen DeGeneres Show to promote her new book, Brighter By the Day. VIDEO: Robin Roberts enjoys...
CELEBRITIES・27 DAYS AGO

Sharon and Ozzy Osbourne are planning to offer up properties on their Buckinghamshire estate to two Ukrainian families fleeing Russian invasion. The former Black Sabbath frontman, 73, and his rock manager wife, 69, are due to move back to their Grade II-listed mansion - called Welders House - in the village of Jordans, Buckinghamshire, in just a matter of weeks.
CELEBRITIES・27 DAYS AGO
inputmag.com

Elon Musk, the world’s wealthiest man, who thinks tunnels are immune to natural disasters, is purchasing Twitter. The company confirmed on Monday afternoon that it had accepted the billionaire’s offer. “Twitter, Inc. today announced that it has entered into a definitive agreement to be acquired by an entity wholly owned by Elon Musk, for $54.20 per share in cash in a transaction valued at approximately $44 billion,” reads the official press release. “Upon completion of the transaction, Twitter will become a privately held company.”
BUSINESS・27 DAYS AGO
Insider

Depp said he discovered Disney would not recast him in "Pirates" days after Amber Heard's Washington Post op-ed article was published.
FAIRFAX, VA・27 DAYS AGO
TheStreet

Once again, Disney (DIS) - Get Walt Disney Company Report is finding itself embroiled in a political quagmire owing to its support of the LGBTQ community, after Florida Gov. Ron DeSantis punished Disney for denouncing his “Don’t Say Gay Bill,” by seeking to revoke Disney World’s designation as a special tax district (which as we pointed out, is ultimately a meaningless gesture).
FLORIDA STATE・26 DAYS AGO

After weeks of silence, Chris Rock has finally addressed his now-infamous incident with Will Smith at March's 94th Annual Academy Awards. During another sold-out show at Baltimore's Lyric Performing Arts Center on Friday, Rock directly referenced the slap, but only spent a second on it before moving on with his set.
BALTIMORE, MD・28 DAYS AGO
Popculture

Netflix has canceled another one of its major shows, with this one getting the ax after only two seasons. Variety reports that hit sci-fi drama Raising Dion has been dropped by the streamer, following its recent season debut. The news seems to have been revealed by series star Sammi Haney, who shared the news with fans on Instagram. "Sad to say that Raising Dion is CANCELED [sic] Thank you for all of the amazing support we got from all of our wonderful fans!" Haney wrote, in part. "Season 2 was a success, equal to Season 1, even if just looking at how many people watched all of it and wanted a season 3!"
TV SERIES・26 DAYS AGO
musictimes.com

Andrew Woolfolk, popularly known for being Earth, Wind & Fire's longtime saxophonist, has passed away at the age of 71; what was his cause of death?. Fellow bandmate Philip Bailey took to Instagram to confirm the tragic news and recalled their early years, saying they met in High School and quickly became friends and bandmates.
BILOXI, MS・26 DAYS AGO
Outsider.com

“NCIS: Los Angeles” star Daniela Ruah absolutely killed it on the red carpet and stage last night at the International Portuguese Music Awards. While everyone at home was preparing for tonight’s “NCIS: Los Angeles” episode, Daniela Ruah was getting all dressed up to host the IMPA Awards. The ceremony took place at the Providence Performing Arts Center in Providence, Rhode Island, on Saturday, April 23.
LOS ANGELES, CA・28 DAYS AGO

Dorsey, who was CEO of the company until November 2021, took to the platform to pen his thoughts on the new changes.
BUSINESS・26 DAYS AGO
Outsider.com

Click here to read the full article. On the Season 7 finale of The Masked Singer, Teyana Taylor was unveiled as the Firefly and took home the crown. Throughout the season, the singer won over the affection of the judges with her renditions of classic hits including Usher’s “Bad Girl,” Michael Jackson’s “P.Y.T. (Pretty Young Thing),” Robin Thicke’s “Lost Without You,” and Chaka Khan’s “Ain’t Nobody.”More from VIBE.comMichael Jackson 'Thriller' 40th Anniversary Album To Include Unreleased MusicJanet Jackson Celebrates Birthday With Star-Studded Las Vegas Surprise PartyMaxwell Performs Michael Jackson's "Lady In My Life" At 2022 Billboard Music Awards Taylor shared that she...
MUSIC・3 DAYS AGO
Vibe

Click here to read the full article. Rap star Megan Thee Stallion sent the crowd at the MGM Grand Garden Arena into a frenzy during her 2022 Billboard Music Awards performance on Sunday evening (May 15). Ripping through her recent hits “Plan B” and “Sweetest Pie,” the Houston-bred hottie delivered one of the more engaging sets of the night, commanding the stage with a presence reflective of her demeanor on wax. Beginning her performance with her most recent release, “Plan B,” Meg took the stage dressed in a black one-piece outfit and matching boots, standing stoically while delivering her man-eating bars...
MUSIC・7 DAYS AGO
Vibe

Click here to read the full article. Rapper Travis Scott gave his second performance of the year at the 2022 Billboard Music Awards on Sunday (May 15), which also marked his first televised set since the fallout from the Astroworld Festival tragedy in November 2021. In a performance of his 2021 single, “Mafia,” that was aired during the show, Scott is captured on a set that gives wintry vibes, wearing a white thermal and beige bottoms while donning shades. Garnering a warm reception from the crowd of attendees at the MGM Grand Garden Arena, Travis’ performance at the 2022 Billboard Music...
MUSIC・7 DAYS AGO
Popculture

Spring is always a big time for engagements and weddings, and two beloved internet personalities are the latest to update their relationship status. On April 18, Rachel "Seltzer" Quirico revealed she and longtime boyfriend Trevor "TorcH" Housten were tying the knot after 17 years together. Both of them are beloved figures in the esports world, with Seltzer notably starring in the Syfy reality show WCG Ultimate Gamer. She's also hosted numerous esports tournaments and events for TV/streaming outlets; she also made a recent appearance on G4 TV's Boosted.
RELATIONSHIP ADVICE・27 DAYS AGO
Vibe

Click here to read the full article. It’s looking a lot like Mo’Nique season. The acclaimed actress who was previously blackballed after her 2009 Oscar win has officially returned to the entertainment industry with back-to-back roles. 50 Cent was one of the few people who publicly expressed his intention to put her “back on,” and the rapper-turned-TV-executive has kept his promise. In a clip shared on social media this past Monday (May 9), Mo’Nique appeared dressed as her new character on the hit series BMF. “My name is Goldie. You know who the f**k I am,” she cooly stated in a behind-the-scenes...
TV & VIDEOS・12 DAYS AGO
Vibe

Click here to read the full article. Frank James, the 62-year-old man in custody for the April 12 subway shooting in Brooklyn seems to have made a new friend in jail—R. Kelly. According to the Daily News, their “behind bars bromance” began at the Metropolitan Detention Center in Sunset Park. The disgraced R&B singer is awaiting sentencing after being found guilty in his federal sex trafficking and racketeering case. James, however, is awaiting trial for the mass shooting in which 10 people were wounded.More from VIBE.comTrey Songz Facing $5 Million Settlement For Allegedly Exposing Woman's Breast At A 2013 PartyR. Kelly Seeks...
BROOKLYN, NY・6 DAYS AGO