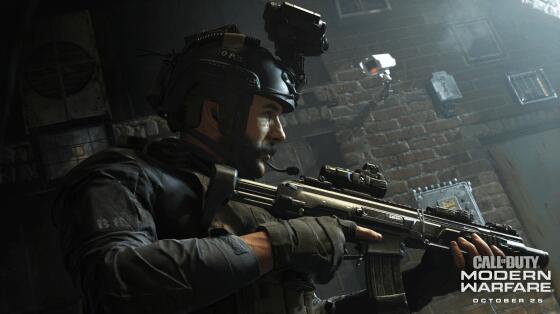 Sony broke its silence following Microsoft’s purchase of Activision Blizzard , specifically regarding the status of multiplatform games like Call of Duty .

Speaking with the Wall Street Journal , a spokesperson for Sony revealed the company expects multiplatform from Activision Blizzard to remain on their consoles. “We expect that Microsoft will abide by contractual agreements and continue to ensure Activision games are multiplatform,” the spokesperson stated. Keep in mind that Sony could be referring to the current contractual agreements it still has with Activision Blizzard, and titles like Crash Bandicoot could very well become an Xbox exclusive.

Microsoft has a history of honoring those contractual agreements for games like Arkane’s Deathloop and Tango’s Ghostwire: Tokyo. Both are currently PS5 exclusives.

Following the announcement of the acquisition of Activision Blizzard, many gamers took to social media to sound off about the massive deal, mainly concerned about the status of the developer’s crown jewel, Call of Duty . Phil Spencer spoke on the matter, taking the same route he did after his company dropped $7 billion for Zenimax, the parent company of Bethesda Games. Spencer said the acquisition of Activision Blizzard was not meant to “pull communities away” from PlayStation platforms.

PS4 and PS5 owners worried they would no longer play core Call of Duty titles could probably get some solace from one analyst’s assessment of the situation. David Cole, the founder of analyst firm DFC Intelligence, believes COD exclusivity could determine if the deal can get past regulators without a hiccup. “The big issue is if [Call of Duty] becomes a Microsoft exclusive. Right now, I don’t think [it will]. For one thing, it would be hard to get it past regulators if they want to lock the competition out,” he said.

This is still a fluid situation, but we honestly hope that Xbox doesn’t gobble all of these franchises up. The acquisition of Activision Blizzard isn’t the same as buying smaller studios and making those games exclusive to their consoles. But, at the same time, you don’t drop a damn near $70 billion bag on a game studio like Activision Blizzard and not keep all the goodies to yourself eventually.

Your boring white console is getting some more flavor with the addition of these new PS5 console covers. But it will cost you some coins. The post HHW Gaming: 3 New PS5 Console Covers Are Dropping In June appeared first on The Latest Hip-Hop News, Music and Media | Hip-Hop Wired.
VIDEO GAMES・6 DAYS AGO
HipHopWired

Jeff Bezos, the founder and former CEO of Amazon, and Elon Musk, the CEO of Tesla and soon-to-be owner of Twitter, don't strike me as best buds. The two men have competed over the past few years for the title of the world's richest man, a title Musk holds. They also sort of compete in space, with Bezos' Blue Origin competing against Musk's SpaceX.
BUSINESS・28 DAYS AGO
HipHopWired

HHW Gaming: Here Is When You Scare The Daylight Out of Yourself While Playing ‘Dead Space’ Remake

Get your rig and plasma cutter ready. Motive Studios revealed when Dead Space fans would be heading back to the USG Ishimura.
VIDEO GAMES・12 DAYS AGO
9to5Mac

Apple on Tuesday released the 2022 edition of its traditional Apple Watch Pride bands. Although in the past the company discontinued the old Pride bands after launching a new one, this time Apple is still selling the 2021 Pride Braided Solo Loop band for Apple Watch. The Pride Braided Solo...
TECHNOLOGY・24 MINUTES AGO
HipHopWired

Twitter and one Bloomberg financial opinion writer called Elon Musk's threats to back out of the $44 billion deal straight cap. The post Twitter Plans On Enforcing Merger After Elon Musk Threatened To Flake On The Acquisition appeared first on The Latest Hip-Hop News, Music and Media | Hip-Hop Wired.
BUSINESS・6 DAYS AGO