England and Joe Root were warned there is “no silver bullet” to remedy the various complaints about first-class cricket that have arisen following a dismal Ashes campaign.

An uncomfortable spotlight has shone on the LV= Insurance County Championship after a 4-0 thrashing Down Under with Test captain Root and England and Wales Cricket Board chief executive Tom Harrison calling for a red-ball “reset”.

There will be five rounds of Championship matches in June and July, as opposed to just three last year, as the competition returns to its regular two-division structure following a couple of revamped seasons caused by the pandemic.

But the season is set to start on April 7, with four successive weeks of red-ball matches, and finish on September 26 – with no Championship fixtures at all in August when the second edition of The Hundred will take precedence.

Neil Snowball, the ECB’s managing director of county cricket, admitted that the schedule is far from ideal in striking a balance between the formats but any significant changes will have to wait until at least next year.

“The fixture schedule is a step forward from last year but don’t expect this schedule to be everything that we need it to be to address some of the challenges of red-ball cricket,” Snowball said.

“We know there’s no silver bullet, all of the different things that we need to consider have been talked about a lot – whether it’s what type of ball we use, what type of pitches we play on, the format of competitions, etc.

“It needs a comprehensive review. I think there’s a feeling that we haven’t got the balance right (between the formats) at the moment and that’s what we need to look at.

“We need to get the first-class counties, the ECB, the PCA (Professional Cricketers’ Association) and the other stakeholders together and then work out a plan through this year hopefully so that we can start making some changes from 2023. But there’s absolute commitment to do that.”

Yorkshire’s placement in Division One led to the suggestion relegation will not be part of their punishment for bungling Azeem Rafiq’s racism allegations although Snowball was unable to shed little fresh light on the issue.

He rejected suggestions the delay in announcing this season’s fixtures had been down to awaiting what penalties might be handed down to Yorkshire following an ECB investigation, which is still ongoing.

“If anything changes then everybody will communicate it in due course.” 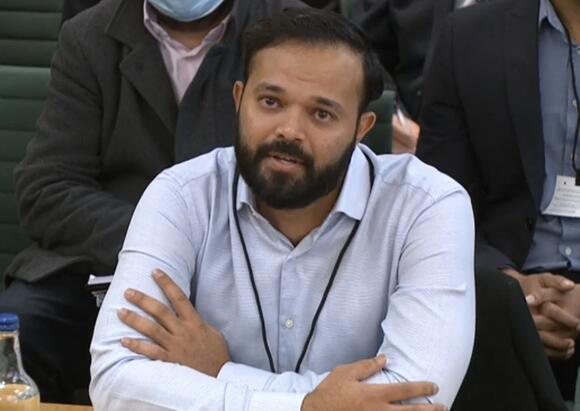 A First-Class County Select XI has been created to take on New Zealand and South Africa, the main Test opposition this summer, in one-off matches with the idea of giving England players or those on the margins some meaningful time in the middle after getting scant preparation ahead of facing India in last year’s marquee home event.

There are no plans to stage the curtain-raising Champion County match this year while the Bob Willis Trophy in its current guise has been scrapped – although the ECB is eager to honour the late fast bowler with a match this term and discussions with his family are ongoing.

The Vitality Blast will be played over a seven-week window, beginning on May 25 and ending with Finals Day at Edgbaston on July 16, marking the earliest conclusion to the competition which is entering its 20th year.

Additionally, the tournament will have 10 double-headers alongside the women’s Charlotte Edwards Cup T20 matches, which will be played back-to-back at the same venue, emulating a successful formula from The Hundred last year.

The Royal London One-Day Cup will once again run concurrently with The Hundred but the final on September 17 will revert to a Saturday, having been controversially held on Thursday last year, while the Rachael Heyhoe Flint Trophy’s showpiece on September 25 is set to be held at Lord’s for the first time.

Boris Johnson said England has a “tough group” after he was invited to attend the 2022 World Cup in Qatar.The Emir of Qatar, Sheikh Tamim bin Hamad Al Thani, used a bilateral discussion with the Prime Minister to invite the British leader to travel to watch the winter global football competition in the Middle East.England has been drawn in the same group as Iran, the US and the winner of the play-offs between Wales and either Scotland or Ukraine.The World Cup, which was shifted to November and December due to Qatar experiencing hot weather during the summer months when the...
FIFA・1 HOUR AGO
The Independent

Follow live updates from the French Open as round one continues on the third day of play at Roland Garros. Daniil Medvedev has opened his campaign with a comfortable victory against Facundo Bagnis, who looked to be struggling with a calf injury. The US Open champion and Australian Open finalist has the chance to regain his spot at World No 1 if he advances further than Novak Djokovic in Paris, and now has his first victory since returning from hernia surgery. Later on, last year’s French Open finalist Stefanos Tsitsipas should face a tougher first-round match against 20-year-old Italian Lorenzo...
TENNIS・1 HOUR AGO
The Independent

Chris Woakes faces an indefinite period out as Warwickshire head coach Mark Robinson revealed there is “no timescale” on the England all-rounder’s return from a knee injury.The World Cup winner has not featured for club or country since March as an ankle niggle plus a longstanding knee problem have kept him sidelined for the start of the county season.Woakes is one of a number of England fast bowlers unavailable for next month’s first Test against New Zealand at Lord’s and it remains uncertain as to when the 33-year-old will make a comeback.“He has been struggling with a knee injury and...
SPORTS・3 HOURS AGO
The Independent

Emma Raducanu has turned to pumping iron in a bid to keep up with the heavyweights at Roland Garros.British number one Raducanu knows she needs to improve on her physicality having picked up a series of injury niggles since her memorable US Open triumph eight months ago.The 19-year-old also knows she no longer has the element of surprise that helped carry her to success at Flushing Meadows.So Raducanu has embarked on a new fitness regime, which already seems to be paying off at the French Open after she outlasted Czech teenager Linda Noskova over three sets in the first round...
SPORTS・1 HOUR AGO

The first rule of relegation battles is not to invoke Mahatma Gandhi. The second is not to quote Mother Teresa. Jesse Marsch broke both and got away with it. The more meaningful element is that, while the Leeds manager invited mockery by revealing he draws inspiration from iconic figures, he did the short-term task required. His return of 15 points from 12 games was more than respectable, especially as the American took over a team who had lost their previous four games by an aggregate score of 17-2. Marcelo Bielsa’s legacy was admirable in many respects but he contrived to...
SOCCER・3 HOURS AGO
The Independent

UFC’s rising star Paddy Pimblett has vowed to shed weight in time for the sport’s event in London in July.It’s thought he is currently at 200lbs and so Pimblett will need to lose weight to fight in the lightweight bracket. It’s understood the fighter is making his return to the octagon in July, having not fought since he defeated Rodrigo Vargas in March.And while his potential opponent has not been confirmed, Pimblett insists when he makes weight he will be able to beat anyone.“Get this weight off lad and I’ll be ready to punch anyone’s head in whenever you want...
UFC・1 HOUR AGO
The Independent

Stan Wawrinka hit out at the umpire in his French Open defeat to wildcard Correntin Moutet because of the “fricking freezing” water.Wawrinka was knocked out in the first round 2-6 6-3 7-6 (7-2) 6-3 and took exception to the drinking water and even asked for it to be changed.“It is not normal at a Grand Slam,” he said. “Is that normal? Do you think it is normal? So you call someone. It has been three changeovers, I asked you for some water that is not fricking freezing.“Because it is not good. You are at the French Open and you cannot...
TENNIS・1 HOUR AGO
The Independent

Wimbledon runner-up Karolina Pliskova has branded the WTA’s decision to strip the tournament of its ranking points this year as “unfair”.Following SW19 champion Ashleigh Barty’s decision to retire earlier this year, Pliskova is the player with the most points to lose.Nevertheless the Czech, currently the world number eight, still intends to compete there.“I think it’s super tough and unfair and bad decision,” she said. “But I suppose there’s not much you can do about it. I still want to go and compete there, that’s for sure, because I’m not playing because of the points, not even because of the money.“I just, of course, I want to win and I want to succeed and I want to maybe get the trophy because I was quite close last year.”Pliskova came from a set down to beat France’s Tessah Andrianjafitrimo 2-6 6-3 6-1 to reach the second round of the French Open. Read More Boris Johnson ‘suggested Partygate findings be kept secret’ - liveMonkeypox: British tourist tested for virus
TENNIS・1 HOUR AGO

Jose Mourinho admits he does not know when he will call time on his illustrious managerial career as he targets another taste of European glory.The 59-year-old will send his Roma side into Europa Conference League battle with Feyenoord at the Arena Kombetare in Tirana on Wednesday evening with the words of former Manchester United boss Sir Alex Ferguson ringing in his ears.Mourinho was invited into Ferguson’s – and later his – office at Old Trafford ahead of a Champions League clash in March 2013 during his time as Real Madrid boss and was served with a warning of what lay...
UEFA・1 HOUR AGO
The Independent

The BBC has apologised after a message appeared on screen saying “Manchester United are rubbish”.The insult popped up on the news ticker at the bottom of the screen during a tennis update on the 9am to 10am news broadcast.Later in the morning, a presenter apologised to any Manchester United fans who may have been offended.She said the mistake had occurred as someone was learning how to operate the ticker and was “writing random things not in earnest”.I had nothing to do with this!! #mcfc https://t.co/BTBwsJjFlm— Clive Myrie (@CliveMyrieBBC) May 24, 2022The presenter said: “A little earlier, some of you may...
PREMIER LEAGUE・3 HOURS AGO