Rey Mysterio to be Featured as WWE 2K22 Cover Athlete 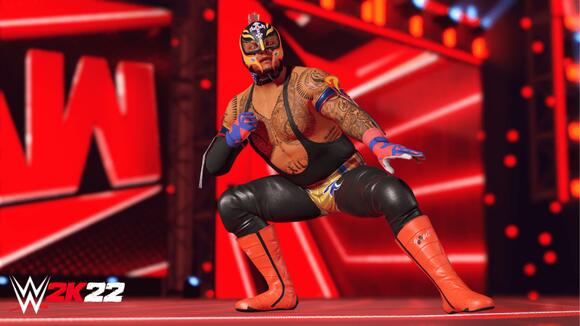 Mysterio has had a storied career with numerous achievements, the latest of which now includes gracing the cover of WWE’s 2K game.

Rey Mysterio is the cover superstar for WWE 2K22, Sports Illustrated has learned.

Over the past three decades, the legendary Mysterio revolutionized pro wrestling, introducing lucha libre to the mainstream. His 1995 match against Psicosis at the famed ECW Arena was a pivotal turning point, displaying a cutting-edge style of wrestling to a wide audience. He later excelled in WCW before starring in WWE, bringing his brand of excellence all around the globe. Mysterio has achieved nearly every major feat during his career, which now includes being featured on the cover of WWE’s 2K game.

“This isn’t just for me, it’s also about the generations to come after me,” said Mysterio, who spoke at a 2K press conference. “It’s a moment of great pride to represent lucha libre.”

In addition to being on the 2K cover, Mysterio is also part of the game’s Showcase Mode, which puts a spotlight on his work in the ring with the great Eddie Guerrero.

“We have the WrestleMania 21 moment, Eddie vs. myself [in the game],” said Mysterio. “Shortly after that, Eddie left us. I wrestled HBK on that memorial show for Eddie. As hard as that was, it was very special. I know Eddie was looking down on us that night.”

Now entering his 33rd year in pro wrestling, Mysterio has spent the majority of the past two years teaming with his son, Dominik. They became WWE’s first father-son duo to win the tag titles, and Mysterio is relishing the opportunity to work with him.

“Being able to share the ring with Dominik is very special to me,” said Mysterio. “I never thought I’d be able to live out this moment, yet here we are.”

Mysterio’s next goal is sharing the ring with Dominik at WWE’s signature event.

Now 47, Mysterio has worked with top talent from multiple generations. Even though he is nearing the end of his career, he remains hungry to create more magic in WWE with some of the current roster.

“I’ve been keeping a close eye on Kevin Owens,” said Mysterio. “We’ve never clashed in a one-on-one match. Finn Balor, that’s another guy I would love to go out there and compete with.”

With its tagline of “It Hits Different”, WWE 2K22 will be released on March 11—and Mysterio is eager to share the game with the world.

“I don’t know how many years I have left, so this came at a perfect timing,” said Mysterio. “It’s really the cherry on top of the icing.”

The show will examine Foley’s storied career in wrestling and will debut in June.
WWE・10 HOURS AGO
Sports Illustrated

Brazilian contender Vieira calls for title shot, though Holm believes scores should have been different.
UFC・2 DAYS AGO