Why would Russia invade Ukraine? 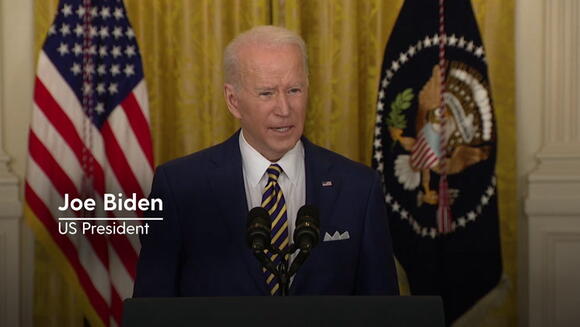 With 100,000 Russian troops stationed near the Ukrainian border, fears are growing that president Vladimir Putin will decide to invade.

The threat comes eight years after Russia annexed Crimea and sparked fighting in the Donbass region of eastern Ukraine , where a low-level conflict, which has killed more than 14,000 people, is still rumbling on between Kyiv and separatists.

Although the West hopes to alleviate tensions and the risk of war in the region, talks between the Kremlin and Nato have made no ground. And so, as things stand, it is far from clear what will happen next.

Antony Blinken, the US Secretary of State, flew to Europe this week in a bid to defuse the situation. He will hold talks with his Russian counterparts on Friday, after meetings with the Ukrainian president Volodymyr Zelensky and other allies on Wednesday and Thursday.

However, US president Joe Biden struck a pessimistic tone in the White House on Wednesday, telling reporters that there will most likely be an invasion.

“My guess is he will move in. He has to do something,” he said of Mr Putin.

If this happens, Moscow “will pay a serious and dear price”, Mr Biden warned. This would include a raft of sanctions.

But analysts believe that such threats are unlikely to deter the Putin regime, which has tried in recent years to “sanction-proof” the Russian economy.

The current standoff comes as an attempted corrective to what Mr Putin perceives as Nato’s encroachment in countries like Ukraine that were previously ruled by Russia.

With polls showing that a large majority of Ukrainians would like their country to become a member of the organisation, the Kremlin wants the west to promise that Ukraine will never join Nato, something the defensive alliance has ruled out.

Mr Putin laid out his own thought on Ukraine and its relationship with Russia in a 5,000-word essay published last summer.

Entitled “On the Historical Unity of Russians and Ukrainians”, the treatise was “one step short of a declaration of war”, according to Anders Aslund, a senior fellow at the Stockholm Free World Forum.

The Russian president reiterated his claim that Russians and Ukrainians are “one people”, suggesting that Russia had been “robbed”.

In another part of the text, he offered more overt threats to Kyiv. “I am confident that true sovereignty of Ukraine is possible only in partnership with Russia,” Mr Putin wrote.

Months later, Mr Putin sent tens of thousands of troops towards Ukraine. And he is now expanding Russia’s military presence in the region, with more soldiers heading to Belarus for joint army drills scheduled for later this month.

There are currently 127,000 Russian personnel - 21,000 of whom are part of sea and air divisions - close to the border, the Ukrainian defence ministry said.

The UK and the US have recently given Ukraine military support, with the former flying anti-tank weapons to the country earlier this week.

However, such gestures are likely cold comfort for Kyiv when faced with the threat of a Russian invasion, given the significant gulf in military strength between the would-be combatants. While Ukraine has under 250,000 troops and is looking to add a further 130,000 to its ranks, Russia has almost a million soldiers at its disposal. It also much more sophisticated and abundant military hardware.

Speaking of the disparity between the two armies, Vadym Prystaiko, Ukraine’s ambassador to the UK, said it is unfortunate that his country is not part of Nato.

“We are not part of this family and we are facing the biggest army in Europe by ourselves,” he said.

Russian officials have repeatedly denied planning to invade, yet Moscow has also moved troops to Belarus for what it calls joint military exercises, giving it the option of attacking neighboring Ukraine from the north, east and south. Kremlin spokesman Dmitry Peskov said this week that Western weapons deliveries to Ukraine, military maneuvers and Nato aircraft flights were to blame for rising tensions around Ukraine.

Perhaps as a prelude to invasion, more than a dozen Ukrainian government websites were hacked last Thursday. The country’s foreign ministry said it was too early to say who was to blame, but added that “there is a long record of Russian cyberassaults against Ukraine”.

The hackers left an ominous message on the websites they had disabled. “Ukrainian! All your personal data was uploaded to the public network. All data on the computer is destroyed, it is impossible to restore it,” it read.

“All information about you has become public, be afraid and expect the worst. This is for your past, present and future,” the message added.

This is ALL on Biden. Trump to his credit stopped the oil pipeline that was being built around Ukraine to stop aggression by Russia so if they invaded they would destroy there own assets and income.What does Biden do? He opens the pipeline work back for he pal Putin because Joe thinks they will like him for that. Now this opens up the country for a full scale invasion and those are the facts. Biden is totally and quickly destroying our security. Highest inflation in 40 years..50% gas increases so far. Food up 70%. China on the prowl...North Korea firing missles. Cackling Kamalas border is a disaster.

Vladimir Putin's hand appears to tremble before he greets another man, which has sparked further concern over the Russian leader's health.
WORLD・28 DAYS AGO
Business Insider

International order will be thrown out the window if Russia is able to escape consequences over its invasion of Ukraine, US Gen. Mark Milley told CNN.
POLITICS・26 DAYS AGO
The Independent

"The West made the fatal mistake of becoming reliant on Russian energy supplies," Mikhail Khodorkovsky said. "The West has to pay for its mistakes."
ENERGY INDUSTRY・28 DAYS AGO

Rinat Akhmetov, owner of the Azovstal plant, is awaiting delivery of a 475-foot superyacht code-named Luminance, according to The New York Times.
BOATS & WATERCRAFTS・2 DAYS AGO
americanmilitarynews.com

The intelligence the U.S. shared with Ukraine helped it continue to resist Russian invading forces and even shoot down a transport plane carrying hundreds of Russian troops, a new report revealed. According to current and former U.S. officials who spoke with NBC News on Tuesday, the U.S. provided critical intelligence...
MILITARY・26 DAYS AGO
Business Insider

Viktor Yushchenko says Putin has become a "completely isolated and brutal despot who cannot stand any opposition."
POLITICS・28 DAYS AGO

Sign up for the Fortune Features email list so you don’t miss our biggest features, exclusive interviews, and investigations. Two Russian oligarchs found dead alongside their families within 48 hours of each other are the latest high-profile executives to die in mysterious circumstances since the beginning of the year.
PUBLIC SAFETY・27 DAYS AGO
Newsweek

Last Monday, Malcolm Nance, an MSNBC talking head and former sailor in the United States Navy, showed up on the channel by satellite from Ukraine, dressed to kill. He wielded an assault rifle and wore full-camo military dress, including a ballistic helmet, and U.S. and Ukrainian flag patches. About a month ago, he said, he decided he was “done talking.” He then talked about how he had joined Ukraine’s international legion to help the country “fight [against Russia’s] war of extermination—an existential war.” Others have traced a similar journey. Andy Milburn, a journalist and ex-Marine who stopped writing and began training Ukrainians for combat, wrote an article about how he, too, was finished writing articles about Ukraine. “It just started to seem so frivolous,” he wrote, solemnly. “I didn’t want to be an observer.”
MILITARY・27 DAYS AGO
WashingtonExaminer

When President Joe Biden named Kamala Harris as his running mate, he promised his former campaign rival would be one of the most influential voices in the White House.
PRESIDENTIAL ELECTION・27 DAYS AGO
Newsweek

The mother has questioned whether the soldiers would let her son live even if she did send the money.
MILITARY・28 DAYS AGO
Business Insider

Greene testified on Friday that she didn't recall whether she asked Trump to invoke military rule, despite telling Meadows to relay the idea to Trump.
ATLANTA, GA・27 DAYS AGO
Fortune

Sign up for the Fortune Features email list so you don’t miss our biggest features, exclusive interviews, and investigations. U.S. tariffs on Chinese imports survived a change in administration, but the trade-war-era levies may not survive record inflation. “We’re certainly looking at where we see costs being raised and,...
PRESIDENTIAL ELECTION・27 DAYS AGO
97.1 FM Talk

In an interview with Russian TV, Sergei Lavrov said that Russia is essentially at war with NATO. This rhetoric has some worried that Russia may use nuclear weapons in Ukraine. Lt. Col. Dakota Wood weighed in on the likelihood of this happening.
POLITICS・26 DAYS AGO
Business Insider

The former F-35 test pilot Billie Flynn told The Aviationist that moving to the "cosmic spaceship" that is the F-35 was too much to ask of MiG pilots.
AEROSPACE & DEFENSE・27 DAYS AGO
TheWrap

Actors like Morgan Freeman and Rob Reiner, as well as politicians Rep. Alexandria Ocasio-Cortez and the late Senator John McCain, are among the 963 Americans who are included on Russia’s Ministry of Foreign Affairs blacklist of those whom the nation is “permanently closed.”. The document, published by official...
CONGRESS & COURTS・1 DAY AGO