The No. 1 Reason to Claim Social Security at Age 62

You can start collecting your Social Security benefits as early as age 62 and as late as age 70 -- though you have a full retirement age (FRA) somewhere in between, which is 66 or 67 for most of us. Start collecting before your FRA, and your benefit checks will shrink. Delay beyond it, and they'll grow bigger.

That can make it seem like delaying is a no-brainer move, but remember that when you start early, you'll collect many more checks than if you delay. The most popular age for starting to collect Social Security benefits is actually 62, according to a 2019 report from the Center for Retirement Research at Boston College.

Here's a look at the main reason why starting at 62 makes plenty of sense for lots of people -- plus why waiting until age 70 is the right move for some. 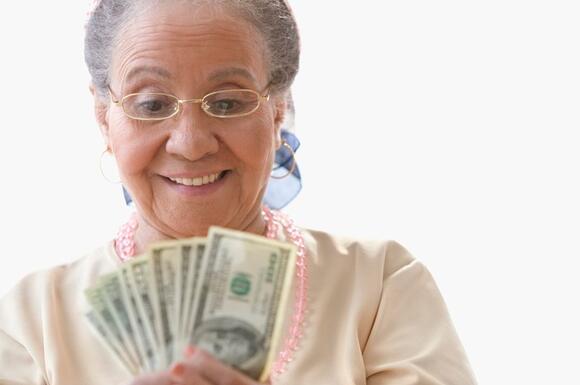 It's good to have a solid understanding of just how much less (or more) you'll receive from Social Security if you start collecting your benefits early (or late). This table show what percentage of your full retirement benefits you'll get, depending on when you start collecting them, based on your FRA .

You simply may have to start collecting benefits at 62

While this table may have you mulling over which age is best for you to start collecting your benefits, you may actually end up with little choice in the matter. According to the 2019 Retirement Confidence Survey, for example, 43% of respondents reported retiring earlier than they expected, versus only 9% who retired later than expected. The reasons given for retiring early included health problems (cited by 35%) and changes at their company (35%) -- which often refer to downsizings.

Those who end up retiring early don't necessarily have to start collecting Social Security benefits. In fact, for lots of people, it can be a good strategy to start drawing more from IRAs or other retirement accounts for a few years in order to delay starting to collect Social Security and thereby increasing the size of your eventual benefit checks. This isn't best or even possible for many people, though. Those who simply don't have enough to live on without Social Security should just start collecting their benefits as soon as they can.

Starting to receive benefits at 62 isn't so bad

Don't feel bad if it looks like you'll be turning on the Social Security faucet early instead of waiting until age 70 for those much fatter checks. Remember that you'll get many more checks by starting early. For example, if you start at age 62 and live to age 85, that's 23 years, meaning 276 months of checks. Someone who starts at age 70 and lives to 85 is looking at 15 years and 180 months of checks.

Indeed, for those who live an average-length life, the total benefits received will be roughly the same, no matter when they start collecting. That's how the Social Security program is designed.

Starting early also makes sense if your family tends to not live long life spans or if you're in poor health and stand a decent chance of living a shorter-than-average life.

The case for delaying up to age 70

On the other hand, if you can put off starting to collect those benefits and you have a decent chance of living a longer-than-average life, it's worth delaying as long as you can, up to age 70. After that, there are no more increases to benefits, so 70 should be the latest age at which you apply for your benefits.

The more you know about Social Security , the smarter decisions you can make about it, which can make a big difference to your financial security in retirement.

Rumors regarding a fourth stimulus check are making the rounds.
BUSINESS・1 DAY AGO
The Motley Fool

It's one you shouldn't gloss over.
PERSONAL FINANCE・12 HOURS AGO
The Motley Fool

Are You Eligible for the $4,194 Max Social Security Benefit?

The steps are straightforward but challenging.
PERSONAL FINANCE・9 HOURS AGO
GOBankingRates

Social Security is one of the most hotly debated social programs in America. While all seem to acknowledge that it's a vital necessity, how the program is funded and administered -- as well as its...
PERSONAL FINANCE・3 DAYS AGO

May is almost here, and millions of households are looking forward to their next SNAP payments. See: Surprising Things You Can Buy With Food StampsFind: SNAP 2022 -- Is My State Giving Out Extra Money...
AGRICULTURE・5 DAYS AGO
The US Sun

TIME is fast running out for Americans to receive a one-time $1,000 cash payout. There are only six days left for some qualifying US residents to apply for rebates and economic aid available as early as this summer, even if they did not file an income tax return. The New...
1 DAY AGO
GOBankingRates

According to the U.S. Department of Agriculture, emergency allotments were authorized under the Families First Coronavirus Response Act to help address temporary food needs during the pandemic for...
POLITICS・3 DAYS AGO
The Motley Fool

It's just a really bad time to buy.
REAL ESTATE・2 DAYS AGO

Be careful -- you don't want to make a huge mistake.
PERSONAL FINANCE・1 DAY AGO
The Motley Fool

A federal windfall is looking unlikely. Here are other sources of money to look at.
BUSINESS・2 DAYS AGO
The Motley Fool

If you're missing those monthly payments, here's what you need to know.
INCOME TAX・10 HOURS AGO
The Motley Fool

One change helped get me on track.
LIFESTYLE・2 DAYS AGO
The Motley Fool

49% of Americans Couldn't Cover a $400 Emergency Expense Today, Up From 32% in November

Talk about a step backward.
PERSONAL FINANCE・9 HOURS AGO
The Motley Fool

7 Ways to Lower Your Cellphone Bill

If your cellphone bill no longer fits your budget, these changes could help you spend less money.
CELL PHONES・10 HOURS AGO
The Motley Fool

That money put many families in a stronger financial position last year.
INCOME TAX・8 HOURS AGO
The Motley Fool

As stock prices continue to slide, is it really the right time to retire?
STOCKS・2 DAYS AGO
The Motley Fool

Is Staking Tether a Smart Way to Make Passive Income?

You can potentially earn juicy yields by staking Tether. But there could be even smarter alternatives.
MARKETS・12 HOURS AGO
The Motley Fool

This Rookie Mistake Could Cost You Thousands

Stay focused on your long-term goals.
STOCKS・7 HOURS AGO