The stock market doesn't rise in a straight line, and the occasional losing period is to be expected, but there's a cohort of high-growth tech stocks that have been crushed amid the broader sell-off . Some are down by more than 50%, placing them deep into bear-market territory.

That presents a long-term opportunity for patient investors, but it pays to be selective. Here are two stocks to buy while they're down, and one to avoid. 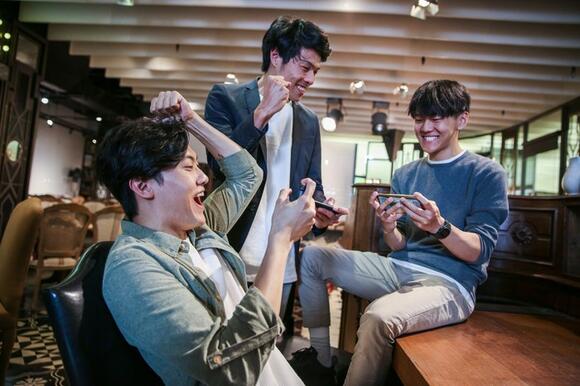 The first stock to buy at a discount is Sea Limited (NYSE: SE) . Technology companies are typically focused on a particular niche, where they build scale and excel in that market. But Sea Limited operates in three of the digital economy's fastest-growing segments; gaming, e-commerce, and payments.

Combined, its three businesses are on track to deliver $9.5 billion in revenue for 2021 once the company officially reports its fourth-quarter results. It would represent a 109% compound annual growth rate since 2018, when Sea Limited's revenue crossed $1 billion for the first time. And this year, revenue could be as high as $14.3 billion, according to early analyst estimates.

Sea Limited's largest and fastest-growing segment is e-commerce, which generated a 134% year-over-year increase in revenue during the recent third quarter. It's driven by the Shopee app, a hybrid business-to-consumer, and consumer-to-consumer marketplace. The segment is closely followed by gaming, underpinned by the Free Fire battle royale mobile game, which has amassed 1 billion downloads since inception in 2017.

Sea Limited's stock is down 52% from its high of $372 set in October 2021. But it has some bullish support from a plethora of Wall Street investment banks including Barclays , which recently gave it a $427 price target. Given the company's rapid growth rate and its implied stock price upside of 144%, the recent tech sell-off could be a great entry point for the long term. 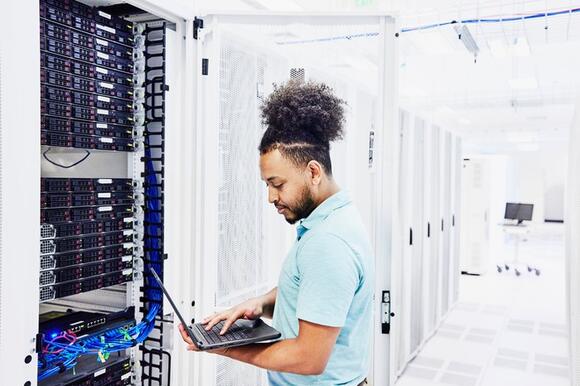 The second stock to consider is DigitalOcean (NYSE: DOCN) . It operates in the cloud computing space, an industry dominated by decades-old giants like Microsoft and Amazon . But since most companies have a cloud presence in the modern economy, DigitalOcean's products and services are as important as ever.

The company's competitive edge comes in the form of serving small-scale operations that garner less attention from its larger competitors. It places an emphasis on two important things that developers of small applications value greatly: quality service and cost. In fact, DigitalOcean has managed to deliver the cheapest bandwidth prices in the industry, at just $0.01 per gigabyte.

Despite its small size, the company operates in 185 countries and has an enormous opportunity for growth. From an investment perspective, DigitalOcean is already profitable, with 2021 full-year earnings per share of $0.34 expected once it reports its fourth-quarter results. And analysts estimate that earnings will grow by a robust 70% in 2022.

It's therefore tackling its addressable market -- which could be $116 billion by 2024 -- from a position of strength. It might be time to take advantage of DigitalOcean's recent 55% decline in stock price by adding it to your portfolio. 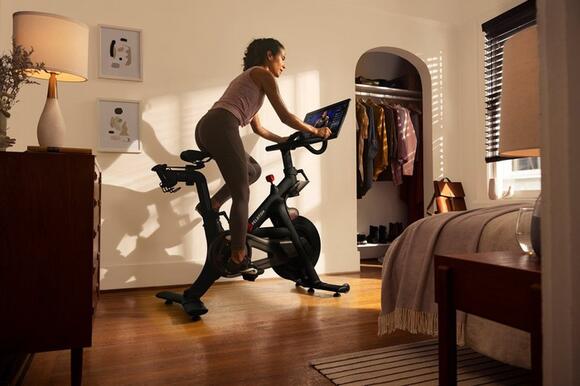 Finally, the stock to sell is tech-driven exercise equipment maker Peloton Interactive (NASDAQ: PTON) . The pandemic placed Peloton on every investor's radar, because it offered consumers a way to keep fit from the comfort of their own home while gyms and other amenities were locked down. But since society began to reopen in the U.S., the company's financial performance has suffered dramatically.

In addition to selling physical exercise equipment enabled with digital technology, Peloton also offers a subscription service to assist users with their workout routines. But there's a problem; in the recent third quarter of 2021, the average monthly workout per fitness subscriber was down by 36%, suggesting Peloton's user engagement is plummeting. It's no surprise, then, that the same quarter revealed a 36% decline in revenue.

These troubling financial metrics have triggered a substantial reduction to the company's full-year 2021 revenue guidance to $4.4 billion, from $5.4 billion. There's almost never a good time to see revenue declines if you're an investor, particularly when they relate to external factors that the company has no power to fix.

Since hitting an all-time high of $171 in December 2020, Peloton's stock has plunged by 81% to $31 as of this writing. There's little to suggest it will ever recover to those heights -- or even close to them, given the decline in its overall business. That's why it's one stock to avoid, even if its steep decline makes it look enticing.

They just revealed what they believe are the ten best stocks for investors to buy right now… and Sea Limited wasn't one of them! That's right -- they think these 10 stocks are even better buys.

Two of the legendary investor's recent purchases especially stand out.
STOCKS・2 DAYS AGO
The Motley Fool

These stocks are trading at a discount, making them better buys for income investors.
NEW YORK CITY, NY・17 HOURS AGO
The Motley Fool

Deere stock has come down in price, and there are some headwinds worth monitoring.
STOCKS・1 DAY AGO
The Motley Fool

Few ideas in the cryptocurrency space are this big.
MARKETS・2 DAYS AGO

Income investors can find a safe haven in these dividend stock stalwarts.
STOCKS・1 DAY AGO
The Motley Fool

These companies are set to ride secular growth trends.
STOCKS・1 DAY AGO
The Motley Fool

These stocks trade for less than 10 times forward earnings estimates.
STOCKS・17 HOURS AGO

New home sales in April came in weaker than expected.
STOCKS・2 DAYS AGO
The Motley Fool

Your home may actually come to your rescue.
BUSINESS・2 DAYS AGO
The Motley Fool

These two Dividend Aristocrats may be worth buying now even if there's more pain ahead.
BUSINESS・2 DAYS AGO
The Motley Fool

Better Buy: Costco or a 50-50 Split of Target and Walmart?

These three dividend stocks are down big off their highs.
RETAIL・1 DAY AGO
The Motley Fool

It depends: Some of us have no business in stocks right now, but for others, there's no better time to buy.
STOCKS・2 DAYS AGO
The Motley Fool

Among the Dow Jones Industrial Average's 30 components are three that analysts believe could more than double over the next year.
BUSINESS・22 HOURS AGO
The Motley Fool

7 Ways to Lower Your Cellphone Bill

If your cellphone bill no longer fits your budget, these changes could help you spend less money.
CELL PHONES・20 HOURS AGO
The Motley Fool

Why TerraUSD and Terra Are Surging Today

Members of the Terra community have approved the stablecoin's rescue plan.
MARKETS・1 DAY AGO
The Motley Fool

These beaten-down digital assets are backed by a compelling investment thesis.
STOCKS・17 HOURS AGO
The Motley Fool

It offers the powerful combination of growth and dividends.
STOCKS・2 DAYS AGO
The Motley Fool

With time and patience, you can add zeros to your net worth.
STOCKS・2 DAYS AGO