Before the last few months of 2021, the words "cheap tech stocks" may have sounded odd. But a massive sell-off in the tech sector has made many strong businesses much more affordable. It's easy to be scared out of investing in a business that has had its stock price crushed, but long-term investors will ignore that and look at how the business is performing to make investment decisions. Here are two successful tech companies with shares much cheaper than they have been in a while. 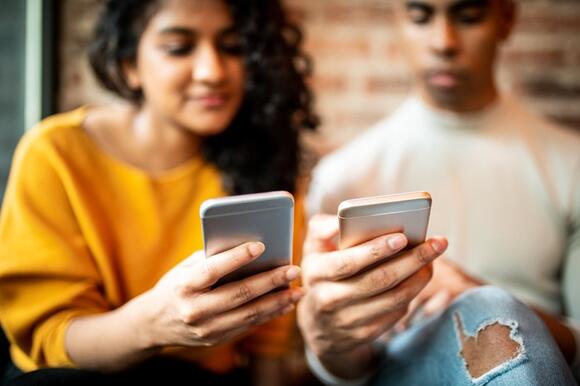 With the proliferation of fintech companies that have come to the public markets over the past few years, it's easy to overlook PayPal (NASDAQ: PYPL) . However, passing over PayPal as an investment would be a mistake , as the company still holds an important place in the industry and investors' portfolios.

PayPal has some big plans for the future as well. Customers will be able to use PayPal's Venmo payment app at checkout on Amazon beginning this year. Venmo grew its total payment volume 36% in Q3, so this partnership should boost that already strong growth.

International expansion is also a priority for PayPal. With the recent acquisition of Paidy, PayPal will have an increased presence in Japan, the world's third-largest e-commerce market. In a smaller move, PayPal is also expanding its cryptocurrency offerings in the United Kingdom.

What makes PayPal cheap? At this writing, PayPal trades for 34 times its forward earnings and seven times its forward sales. Both of those metrics are the lowest they've been since mid-2020 and more than 35% lower than they were one year ago. PayPal is still a leader in the fintech space and is as cheap as it's been in a long time.

Fiverr (NYSE: FVRR) is a leader in the gig economy space. It has a platform that helps freelance workers connect with employers in an easy, frictionless manner. After skyrocketing to over $320 in early 2021, the stock has come crashing down and is currently trading at a 69% discount from where it was one year ago. Despite the market sell-off, Fiverr is still a strong company in a growing industry. The global gig economy is estimated to be worth $347 billion. Considering Fiverr's revenue for the first nine months of 2021 was $218 million, there's a lot of opportunity ahead.

Fiverr is growing both its revenue and its user-based metrics. Digging in a bit more, active buyers and spend per buyer have each grown sequentially in every quarter for the past two years. More impressively, Fiverr's take rate of 28.4% is significantly higher than its main competitor Upwork (NASDAQ: UPWK) , which has a take rate of 14.2%. If the market opportunity is as large as is predicted, Fiverr is positioned to benefit.

While Fiverr is not yet profitable, it is free-cash-flow positive and has been able to use that cash to make two important acquisitions. In October of 2021, Fiverr acquired online learning company CreativeLive in order to improve its Fiverr Learn platform, which is designed to provide opportunities for freelancers to sharpen their skills. This was followed up a few weeks later with an acquisition of Stoke Talent, which will help Fiverr engage with larger customers and help buyers onboard workers and manage their freelance talent. Both of these acquisitions make sense and should be accretive to Fiverr's business.

Much like PayPal, Fiverr has seen its stock get hammered even as its business has been doing well. Fiverr is trading for eight times its forward sales, which is a multiple 75% lower than where it was a year ago and close to its mid-2020 level. The gig economy is here to stay and steadily growing. Fiverr is a leader in this space and is selling for a significant discount, making it a screaming buy right now.

10 stocks we like better than Fiverr International
When our award-winning analyst team has a stock tip, it can pay to listen. After all, the newsletter they have run for over a decade, Motley Fool Stock Advisor , has tripled the market.*

They just revealed what they believe are the ten best stocks for investors to buy right now… and Fiverr International wasn't one of them! That's right -- they think these 10 stocks are even better buys.

E-commerce has fallen out of favor with some investors but the long-term opportunity is undeniable.
STOCKS・1 DAY AGO
The US Sun

MILLIONS of Americans are set to receive Social Security checks worth up to $1,657 tomorrow. The cash boost will come just 48 hours before Supplemental Security Income payments, worth up to $841, are set to land in around eight million bank accounts on April 29. Seniors with birthdays on the...
BUSINESS・27 DAYS AGO

Silk Road founder Ross Ulbricht is forfeiting billions of dollars worth of Bitcoin (BTC) and other crypto assets to the US government. According to a new court filing, Ulbricht will relinquish any claim to over 69,000 BTC and undisclosed amounts of Bitcoin Gold (BTG), Bitcoin SV (BSV) and Bitcoin Cash (BCH) worth a combined $3 billion as part of a settlement.
PUBLIC SAFETY・28 DAYS AGO
inputmag.com

Elon Musk, the world’s wealthiest man, who thinks tunnels are immune to natural disasters, is purchasing Twitter. The company confirmed on Monday afternoon that it had accepted the billionaire’s offer. “Twitter, Inc. today announced that it has entered into a definitive agreement to be acquired by an entity wholly owned by Elon Musk, for $54.20 per share in cash in a transaction valued at approximately $44 billion,” reads the official press release. “Upon completion of the transaction, Twitter will become a privately held company.”
BUSINESS・28 DAYS AGO
The Motley Fool

Buying these high-quality real estate investment trusts can make your capital work for you to create growing passive income and wealth.
STOCKS・1 DAY AGO

Successful fund managers are piling into these four time-tested companies.
STOCKS・12 HOURS AGO
The Motley Fool

Coinbase's stock is down nearly 74% this year alone.
STOCKS・2 DAYS AGO
electrek.co

As part of a lawsuit between shareholders and Elon Musk regarding his “funding secured” tweet, new text messages and emails between Musk and people involved have been released. The communications pretty much confirmed how most people saw the situation: Elon Musk took a meeting with the head of...
BUSINESS・28 DAYS AGO
The Motley Fool

These passive income powerhouses, with yields ranging between 5.5% and 12%, can combat historically high inflation and make patient investors richer over time.
STOCKS・1 DAY AGO
Inc.com

3 Explosive Growth Stocks to Buy in 2022 and Beyond

A multi-decade infrastructure super-cycle is underway that should present significant tailwinds.
STOCKS・11 HOURS AGO
The Motley Fool

This company had record results in 2021 before headwinds in 2022 caused the stock price to crash.
STOCKS・1 DAY AGO