While you might not like what I'm about to say, it's the truth: A stock market crash or steep correction may be brewing .

Since the beginning of 1950, the benchmark S&P 500 has undergone 38 double-digit percentage declines, equating to roughly one every 1.9 years. Even though Wall Street doesn't strictly adhere to averages, it's important to recognize that crashes and corrections are a normal part of the investing cycle.

On the other hand, dips in the market are also an incredible opportunity to pick up high-quality stocks at a discount. While there are numerous investing strategies that can make you richer over time, dividend stocks have a proven track record of outperforming their non-dividend-paying peers. Since dividend stocks are almost always profitable and time-tested, they're the perfect way to put money to work in a volatile market.

If a stock market crash does occur in 2022, the following four dividend stocks would make for perfect buys. 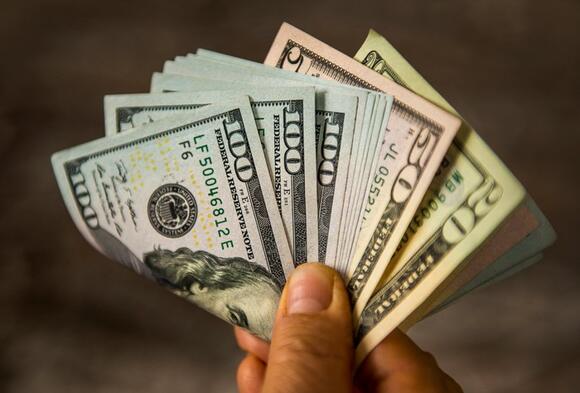 One of the smartest moves investors can make if a stock market crash rears its head this year is to buy shares of pharmaceutical giant Bristol Myers Squibb (NYSE: BMY) .

The beauty of most healthcare stocks is that they're defensive. Because we can't control when we get sick or what ailment(s) we develop, demand for prescription drugs, medical devices, and healthcare services tends to be remain unaffected by swings in the stock market or broader economy. This provides a steadiness to the cash flow of pharmaceutical stocks like Bristol Myers Squibb.

Beyond just being a high-quality defensive play, Bristol Myers is benefiting from its blend of organic and acquisition-based growth . In terms of the former, the company likely saw blood-thinning drug Eliquis, which was developed in cooperation with Pfizer , surpass $10 billion in sales in 2021. Likewise, cancer immunotherapy Opdivo is being examined in dozens of studies, which offers hope that its label will be substantially expanded in the coming years. Opdivo brought in $7 billion in sales in 2020, and could easily become a drug capable of $10 billion in annual sales over time.

With regard to acquisitions, Bristol Myers landed a whale when it bought cancer and immunology drugmaker Celgene in late 2019. This deal added numerous blockbusters, including multiple myeloma drug Revlimid, which has a rich history of growing its annual sales by a double-digit percentage. Revlimid is protected from a full onslaught of generic competition until the end of January 2026, which provides Bristol Myers with a substantial runway to rake in cash flow from its lead drug.

A price-to-earnings multiple of just eight makes this company a no-brainer buy during any sizable market correction. 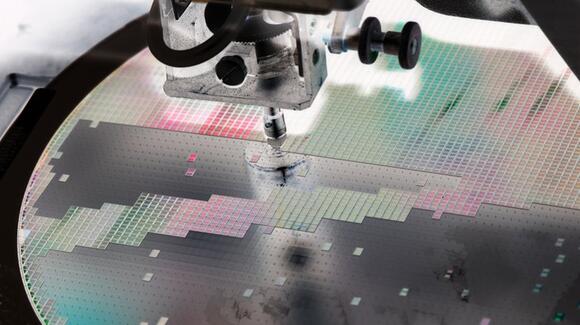 Though defensive stocks are a fantastic place to put you money to work during a crash, not all growth stocks need to be avoided. In fact, tech heavyweight Broadcom (NASDAQ: AVGO) is a perfect dividend stock to buy if market volatility picks up. Broadcom's quarterly payout has rocketed higher by more than 5,700% over the past 11 years.

Chipmaker Broadcom's bread and butter continues to be its smartphone solutions, which includes next-generation wireless chips. The ongoing rollout of 5G wireless infrastructure represents a multiyear opportunity for the company to enjoy higher demand and improved pricing power. After all, it's been a decade since wireless download speeds were significantly improved, which means businesses and consumers will be eager to upgrade their devices to take advantage of these faster speeds.

What investors might not realize about Broadcom is that there's a world of opportunity beyond its core smartphone segment . Many of its ancillary revenue channels are growing faster, and will continue to do so throughout the decade.

For example, Broadcom provides solutions used in next-gen automobiles. Everything from driver assist technology to general electronics, such as LED lights, may contain Broadcom's technology. Broadcom's connectivity and access chips also happen to be mainstays in data center servers. With more businesses than ever moving their data into the cloud, demand for cloud networking will only grow. 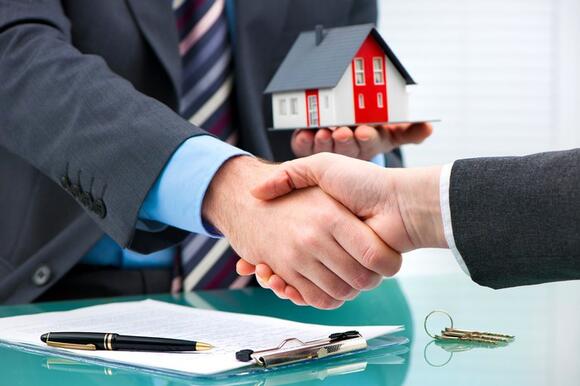 To use a baseball analogy, you don't have to swing for the fences with every pitch. A walk or a single gets a person on base and gives them a chance to score. That's what mortgage real estate investment trust (REIT) Annaly Capital Management (NYSE: NLY) and its 10.9% yield represent: a solid "hit" that gives investors a chance to score.

Mortgage REITs like Annaly are interest-sensitive companies aiming to borrow money at low short-term rates. This capital is then used to purchase higher-yielding long-term assets, such as mortgage-backed securities (MBS). This difference between the average yield on its MBSs and its average borrowing rate is known as net interest margin (NIM). Generally speaking, the wider the NIM, the more money Annaly and its peers can make.

What makes this such a smart buy during a stock market crash or steep correction is the relative transparency and predictability of the mortgage REIT operating model. Even though low interest rates are preferred over a rising-rate environment, companies like Annaly can succeed as long as the Federal Reserve is making slow changes to monetary policy. In other words, as long as the nation's central bank outlines its policy and makes no sudden/unexpected changes, Annaly has an opportunity to shift its holdings to maximize its profit potential.

Furthermore, Annaly almost exclusively purchases agency assets . An "agency" security is backed by the federal government in the event of default. This added protection allows the company to utilize leverage in order to increase its profits.

Annaly has paid out over $20 billion in dividends since its inception in 1997, and is averaging a roughly-10% yield over the past two decades. Anytime it trades around or below its book value is a great opportunity to dive in. 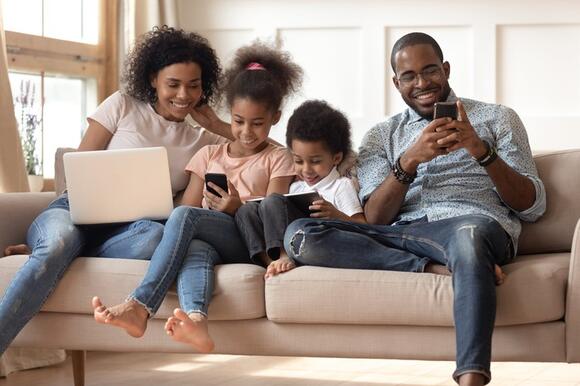 Although AT&T's growth heyday is long gone, it does have two catalysts that could keep the profit needle pointing higher through at least mid-decade.

To begin with, AT&T is one of the companies leading the 5G wireless infrastructure rollout . Upgrading the company's wireless capabilities won't be cheap, nor will it happen overnight. But considering that AT&T generates its juiciest margins from data, the increased data consumption that'll accompany faster download speeds should provide a steady boost for its wireless segment.

The second core catalyst is the pending spinoff of content arm WarnerMedia , which will be merged with Discovery to create a new media entity. Assuming this spinoff and merger closes, the combined entity will have more than 85 million streaming subscribers and a considerably larger library of original content, and will eventually be able to reduce its annual operating expenses by more than $3 billion.

To build on this point, AT&T will use the WarnerMedia spinoff as an opportunity to modestly reduce its dividend and put its wireless operating cash flow to work to reduce its debt load. A multiple of just eight times Wall Street's consensus earnings for 2022 doesn't accurately reflect the opportunity that lies ahead.

10 stocks we like better than Bristol Myers Squibb
When our award-winning analyst team has a stock tip, it can pay to listen. After all, the newsletter they have run for over a decade, Motley Fool Stock Advisor , has tripled the market.*

They just revealed what they believe are the ten best stocks for investors to buy right now... and Bristol Myers Squibb wasn't one of them! That's right -- they think these 10 stocks are even better buys.

If you have $77,280 that you can afford to invest, these stocks can turn that into $400 in recurring monthly income.
STOCKS・9 HOURS AGO
The Motley Fool

These companies are set to ride secular growth trends.
STOCKS・2 DAYS AGO

REITs can be a port in the economic uncertainty storm.
STOCKS・1 DAY AGO
The Motley Fool

MercadoLibre is a success story that shows inflation is not necessarily an obstacle to rising profits.
STOCKS・10 HOURS AGO

Why AutoZone Stock Jumped 15% This Week

Sales trends are looking strong through early May.
STOCKS・8 HOURS AGO
The Motley Fool

Your financial goals define the role dividend stocks can play (or not play) in your portfolio.
STOCKS・9 HOURS AGO
The Motley Fool

Lingering concerns about a potential big-ticket buy and an analyst price-target cut combined for a bad day on the market for The House of Mouse.
STOCKS・2 DAYS AGO
The Motley Fool

Hint: It's not Apple or Chevron.
STOCKS・12 HOURS AGO
The Motley Fool

You don't need to beat the market by much to triple the value of your portfolio in a decade. These two stocks should hit that target early and keep going for decades beyond that.
STOCKS・1 DAY AGO
The Motley Fool

Why 23andMe Stock Was Lagging the Market Today

The genetics company misses on both the top and bottom lines in its fourth quarter.
STOCKS・3 HOURS AGO
The Motley Fool

Boost your passive income stream with companies you can count on.
STOCKS・11 HOURS AGO
The Motley Fool

Can Shopify's Stock Catch a Break?

Shopify's stock price has dropped over 70%, but is it all bad?
STOCKS・7 HOURS AGO
The Motley Fool

The lights are flashing green for long-term growth opportunities for these two tech stocks.
STOCKS・8 HOURS AGO