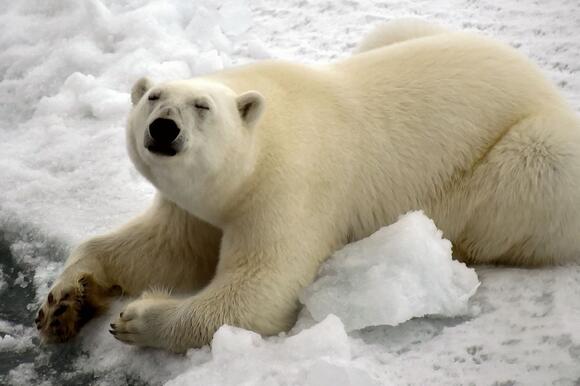 The rise in yields was seen taking a bigger toll on growth stocks, which are heavily represented in the Nasdaq Composite. Growth stock valuations are based on expectations for cash flow far into the future. When Treasury yields rise, the value of that future cash is discounted. Yields pulled back Wednesday and the 10-year rate was up 0.7 basis point at 1.834% Thursday.

See: At least 7 signs show the stock market is starting to break down

On Thursday, investors continue to wade through corporate results, including airlines, as earnings season picks up steam.

In U.S. economic data Thursday, first-time jobless claims unexpectedly rose by 55,000 last week to 286,000 , compared with expectations for 225,000, likely reflecting the effect of the spread of the omicron variant of the coronavirus that causes COVID-19.

The Philadelphia Fed’s manufacturing index rose to 23.2 in January from 15.4 in December.

Meanwhile, existing-home sales decreased 4.6% between November and December, hitting a seasonally-adjusted, annual rate of 6.18 million, the National Association of Realtors said Thursday . Compared with a year ago, sales were down more than 7%.

Markets also are paying attention to geopolitical worries, with Russia stationing troops along the border of Ukraine . “My guess is he will move in. He has to do something,” said U.S. President Joe Biden of Russian President Vladimir Putin at a press conference on Wednesday.

“All these geopolitical jitters are keeping investors nervous,” said Moya. “They just feel very real and there doesn’t seem to be good news coming on inflation.”

Separately, the People’s Bank of China cut a key interest rate , as the Hang Seng (HK:HSI) surged more than 3%.

Which companies were in focus? What did other assets do?

—Steve Goldstein contributed to this article

Despite the extensive losses seen for stock markets so far this year, it’s not over until it’s over — and investors should keep selling into any big rebounds higher. That’s the advice from a team of strategists at Bank of America, led by Michael Hartnett, in their Friday “Flow Show” note. In focus for the bank is increasing debate about whether the market has capitulated, which refers to investors basically giving up on trying to recapture lost gains.
STOCKS・23 HOURS AGO
MarketWatch

Shares of Deere & Co. DE, -14.07% fell 1.8% toward a three-month low in premarket trading Friday, even after the agriculture, construction and forestry equipment maker reported fiscal second-quarter profit and revenue that rose above expectations, as "strong demand" helped offset supply-chain pressures. Net income increased to $2.10 billion, or $6.81 a share, from $1.79 billion, or $5.68 a share, in the year-ago period. The FactSet consensus for earnings per share was $6.69. Sales grew 10.9% to $13.37 billion, above the FactSet consensus of $13.23 billion. Cost of sales rose 12.5% to $8.92 billion, as gross margin contracted to 33.3% from 34.3%. Production & Precision Agriculture sales rose 13% to $5.1 billion, Small Agriculture & Turf sales increased 5% to $3.6 billion and Construction & Forestry sales rose 9% to $3.45 billion. The company affirmed the sales growth outlook for fiscal 2022. Deere's stock has gained 6.3% year to date through Thursday while the S&P 500.
STOCKS・1 DAY AGO
Markets Insider

It's likely that Changpeng Zhao meant it as a joke, as he remains a billionaire — but luna's meltdown has stung investors worldwide.
STOCKS・2 DAYS AGO

Silk Road founder Ross Ulbricht is forfeiting billions of dollars worth of Bitcoin (BTC) and other crypto assets to the US government. According to a new court filing, Ulbricht will relinquish any claim to over 69,000 BTC and undisclosed amounts of Bitcoin Gold (BTG), Bitcoin SV (BSV) and Bitcoin Cash (BCH) worth a combined $3 billion as part of a settlement.
PUBLIC SAFETY・25 DAYS AGO
The Independent

A top US official in the Pacific has warned that America would have to “respond” if the Solomon Islands allows China to establish a military base there.Following a “constructive and candid” 90-minute meeting with prime minister Manasseh Sogavare, ambassador Daniel Kritenbrink said that the security deals between China and the Solomon Islands present “potential regional security implications” for the US and other allies.“We wanted to outline for our friends in the Solomons what our concerns are,” Mr Kritenbrink, US assistant secretary for East Asian and Pacific Affairs, told reporters.“We have respect for the Solomon Islands’ sovereignty. But we also...
FOREIGN POLICY・25 DAYS AGO
Business Insider

The former F-35 test pilot Billie Flynn told The Aviationist that moving to the "cosmic spaceship" that is the F-35 was too much to ask of MiG pilots.
AEROSPACE & DEFENSE・25 DAYS AGO

"No one wants to see the outbreak of a third world war," Chinese Foreign Ministry spokesman Wang Wenbin told reporters during a briefing.
CHINA・24 DAYS AGO
Business Insider

A member of a superyacht crew also told The Times of London that one owner had his bar stools made from whale foreskin.
BOATS & WATERCRAFTS・27 DAYS AGO
US News and World Report

WASHINGTON (Reuters) - The United States on Tuesday offered a reward of up to $10 million for information on six people it described as Russian military intelligence officers who had conducted cyber attacks affecting critical U.S. infrastructure. The six officers work in a cyber-focused unit of Russia's Main Intelligence Directorate...
PUBLIC SAFETY・24 DAYS AGO

Indonesia accounts for about half of the world's supply of palm oil — the world's most widely used vegetable oil.
INDUSTRY・26 DAYS AGO
Fortune

Sign up for the Fortune Features email list so you don’t miss our biggest features, exclusive interviews, and investigations. Shanghai’s 25 million residents have endured an extreme COVID lockdown for nearly a month—and now a new nightmarish topic is trending on Weibo, the country’s Twitter-like social media platform.
PUBLIC HEALTH・25 DAYS AGO
MarketWatch

COLOMBO, Sri Lanka (AP) — Sri Lankan authorities on Friday closed schools and asked public officials not to come to work in a desperate move to prepare for an acute fuel shortage that is expected to last days amid the nation’s worst economic crisis in decades. The Public...
ASIA・1 DAY AGO
MarketWatch

TerraUSD USTUSD, -12.62% and LUNA LUNA, -4.26% are being falsely accused for what’s come to be known as the “crypto crash.” A good counterargument can be made that the real culprit is bitcoin’s. BTCUSD,. +0.37%. overvaluation. The notion that bitcoin’s fair value can even be calculated...
MARKETS・1 HOUR AGO
MarketWatch

It’s an image of a man in thoughtful repose, looking down at the camera as he stands in front of a brick wall. In short, a selfie that seems designed not to call too much attention to itself. And yet, it’s the picture that some say may have played...
MINNEAPOLIS, MN・1 HOUR AGO
MarketWatch

Beyond helping clients manage their finances, some financial advisers aim higher. They educate consumers — people they will never meet — about personal finance. These advisers have created free resources that empower individual investors to make wise financial decisions. Such resources also can enhance advisers’ marketing and brand identity — enabling them to reach a far wider audience than their client base. Some of these online tools have legions of fans.
PERSONAL FINANCE・1 HOUR AGO