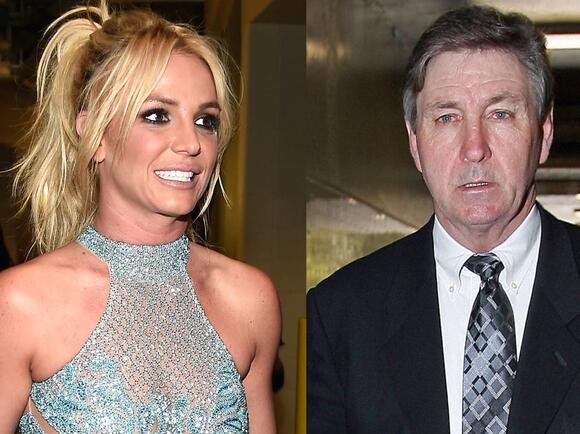 Mathew Rosengart, Britney Spears' attorney, filed the new documents ahead of a hearing on Wednesday in the singer's ongoing legal battle in connection to her recently terminated conservatorship . The current court battle is over payments from her estate, including Jamie Spears asking the court to have his daughter cover his legal fees before the conservatorship was terminated.

Between 2008 and 2021, Spears was under a legal arrangement that granted control of her personal life and estate to a group of individuals including her father. On September 7, Jamie Spears filed a petition to end Britney Spears' conservatorship , which the pop star's legal team labeled as a "massive" legal victory. The conservatorship was officially terminated on November 12.

Attorneys for Jamie Spears did not immediately respond to Insider's request for comment on the allegations made in the court documents.

During the Wednesday hearing, Jamie Spears' lawyers responded to the filing by Rosengart, denying the claims made in the document.

According to the court documents filed by Rosengart, Alex Vlasov, a former employee of Black Box, confirmed to ex-FBI Special Agent Sherine Ebadi that the security firm treated Britney Spears as its client and her father was the person giving direction.

Black Box was already monitoring phones used by the singer when Vlasov began working at the company in 2012, and the firm "cycled through several different technologies, including various monitoring software, to accomplish the secret surveillance" of Britney Spears, according to court documents and a sworn declaration by Ebadi included in the filings by Rosengart.

When Britney Spears changed her Blackberry to an iPhone in 2013, the swap caused a "temporary cessation of monitoring," according to court documents.

"Mr. Spears expressed great concern about not having visibility into his daughter's phone activity during this period," according to the court documents, which were filed on Friday but not made public until Tuesday night. Vlasov was tasked with finding surveillance software and installing it as a "hidden 'app'" on Britney Spears' phone, which she "could not see and to which she did not have the password," per the court documents.

Vlasov sometimes shared the pop star's private communications directly to her father, according to the court documents.

In 2015, Jamie Spears asked Black Box to mirror his daughter's iCloud account to a separate iPad, allowing him to see her text messages and contents in real-time, according to court documents.

"Black Box did as Mr. Spears instructed, purchasing an iPad and linking it to Britney Spears's iCloud account. The iPad was kept in a safe in Black Box's offices," according to the court documents.

"In directing these surveillance efforts, Mr. Spears had Black Box provide him access to private communications of his daughter, which his own counsel advised he had no right to see," the court filings said. "Mr. Spears expressed particular interest in monitoring his daughter's communications with her personal attorney Sam Ingham, and he wanted regular updates from Black Box on the substance of those attorney-client privileged messages."

During the contentious Wednesday hearing, Jamie Spears' attorneys pushed back on these assertions, saying, "Virtually everything alleged was a lie. They are all nonsense."

Black Box did not immediately respond to a request for comment on the allegations made in Rosengart's filings.

Dad using all Brittany's money is the biggest abuse I've seen. She needs to press charges and get her money back. That entire family used her and her money for personal gain. Brittany has been a talented most of her life. The family caused her mental illness and needs to be held accountable. Just horrible...abuse is abuse and Thank God she has made it this far.

I would disown him as a father and never have anything to do with him. No visits, no phone calls, no happy birthdays, no checking up on him, nothing

Jesus Christ!That is a demon NOT a father, not a man.A straight up demon.I'm surprised Britney isn't the start of one of those ID Channel stories.Her situation would make a lot of people SNAP.Now...I'm not saying it's right BUT I would understand.Smh.

TODD Chrisley allegedly had an affair with his male business partner years ago. And when their relationship soured, the man is said to have tipped off the cops about the federal fraud charges Todd and his wife Julie are now facing. In a shocking court development, the reality star was...
RELATIONSHIPS・1 DAY AGO
Newsweek

"I'm just trying to get her to wake up and do the right thing, which is tell the truth," Howell said of Amber Heard's sister, Whitney Henriquez.
CELEBRITIES・3 DAYS AGO
Insider

Jurors in the defamation trial between Johnny Depp and Amber Heard will not consider whether Adam Waldman, Depp’s former attorney who was kicked off of the case, had free speech protections when he made allegedly defamatory statements against Heard. In a key ruling on jury instructions, the judge overseeing the case sided with Heard’s lawyers Thursday that Waldman does not qualify for privilege, a defense from defamation, because his statements were not in response to anything Heard said or wrote. A ruling the other way could have led to jurors outright denying Heard’s $100 million counterclaim against Depp.More from The Hollywood...
CELEBRITIES・1 DAY AGO

Amber Heard said she isn't surprised Kate Moss and others came 'out of the woodwork' to testify for Johnny Depp: 'That's his power'

Kate Moss testified Wednesday to dispel a rumor — referenced by Heard — that Depp pushed her down the stairs when they dated in the 1990s.
CELEBRITIES・1 DAY AGO
Insider

During his ongoing defamation trial, Depp said his ex-wife Heard asked him to reach out to Warner Bros. executives after her audition for the DC film.
MOVIES・2 DAYS AGO
Insider

The trial has become the biggest entertainment story for weeks, spawning numerous think pieces, memes, and even a "Saturday Night Live" sketch.
CELEBRITIES・2 HOURS AGO
Insider

"I will never let that happen to you guys again," Kardashian promised on Thursday's episode after sharing that West bashed her in a new song.
CELEBRITIES・23 HOURS AGO

The term 'bridezilla' is sexist and needs to be canceled, according to 2 newlyweds and a bride-to-be

Three brides who went viral on TikTok after speaking about their wedding choices told Insider they believe the word "bridezilla" needs to be retired.
BEHIND VIRAL VIDEOS・1 HOUR AGO
Insider

Kate Moss testified in court, defending her ex-boyfriend Johnny Depp on the stand. Here's a complete timeline of their four-year relationship.

Moss disputed a rumor that Depp pushed her down the stairs after it was mentioned during the actor's ongoing defamation trial against Amber Heard.
NEW YORK CITY, NY・4 HOURS AGO
Insider

Some engaged couples expect their wedding party members to change their appearances, reinforcing the idea that how they look isn't good enough.
RELATIONSHIPS・5 HOURS AGO