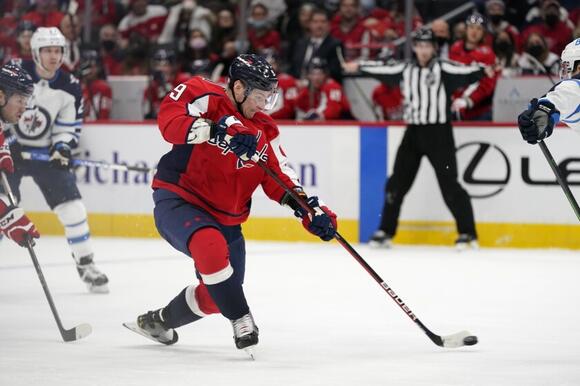 The NHL department of player safety announced the suspension Wednesday after holding a hearing with Orlov and his representatives.

Orlov was not penalized for the knee-on-knee hit late in regulation of the Capitals’ game against the Jets on Tuesday night. Ehlers was injured on the play and is considered out indefinitely.

Coach Dave Lowry said he was “disappointed” in the lack of a penalty call. Orlov assisted on Washington's overtime goal minutes later.

“If (the officials) would have saw it the same way I saw it, it would probably have been more than a minor penalty,” Lowry said after the Jets lost 4-3 in OT. “I lose a world-class player and it's a fast game and I have the luxury of watching and rewinding it and watching it in slow motion. You’re disappointed as a coach. I lose a player, and I will probably lose him for more than one game.”

Orlov will not be eligible to play in Washington’s upcoming games at Boston on Thursday and against Ottawa on Saturday. He forfeits $51,000 in salary as part of the suspension. It’s his second NHL suspension and first since 2014, when he was docked two games for boarding.

In a video explaining the latest suspension, the league said Orlov turned his leg toward Ehlers and extended it in such a way that a last-second movement by Ehlers did not turn it from a legal body check into kneeing.