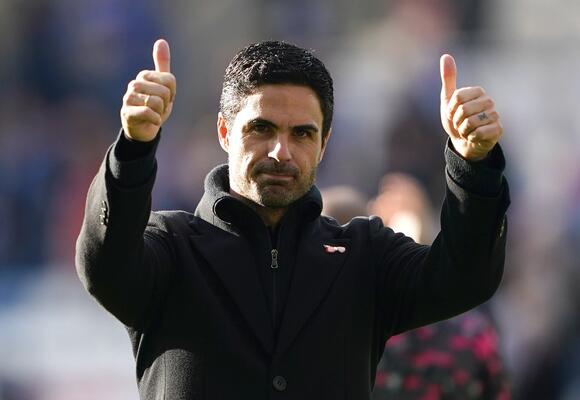 Mikel Arteta has given his backing to make changes to the current criteria required for Premier League games to be postponed despite Arsenal’s use of them to call off last weekend’s match with Tottenham.

The Gunners are set to host Liverpool on Thursday for a place in the Carabao Cup final but will not be in the “best condition” according to their manager with the unavailability of several players already forcing them to successfully request Sunday’s north London derby to be rearranged.

Injuries, suspension, Covid -19 cases and those away on international duty have depleted Arsenal and meant they were unable to field the required 13 outfield players and a goalkeeper in order to fulfil the fixture with Spurs.

Arsenal were the latest Premier League team to have a postponement approved but new rules could be brought in next month, following a mini winter break at the end of January, with top-flight clubs being consulted over Covid-19 postponements “in light of the changing national picture and the falling number of cases within our squads”.

Several managers have called for greater clarity regarding games being called off after guidance was only altered in December due to the emergence of the new Omicron variant, which resulted in record-high coronavirus cases being recorded in the division.

“There are some rules to play a football match and when you cannot fulfil those rules or numbers, the game is off. It’s as simple as that,” Arteta said on Wednesday.

“They can certainly be reviewed because things will be evolving in many different ways but we had a lot of conversations, the managers, with the Premier League, the PFA, the FA and those changes had to happen.

“We cannot do it and maintain doing the same thing whilst saying ‘yeah they have to be discussed’ because they have already been discussed. It is time to change them if everybody agrees that it is the best way to do it.”

Arteta defended Arsenal’s right to call for the north London derby to be postponed after criticism from Tottenham and their manager Antonio Conte who expressed his bemusement on Tuesday that it was the “first time” he had seen a game postponed due to injuries.

The Spaniard highlighted how the Gunners played through a Covid-19 outbreak at the beginning of the season and hit back at anyone accusing the Emirates club of lying to get the fixture rearranged.

He added: “I know why we have done it, how we have done it and we are very clear from the beginning we wanted to play the game. When someone is lying, you don’t really get offended.

“Whoever is calling us something we are not or saying we tried to do something, that is a lie.

Granit Xhaka is one of numerous absentees for the Carabao Cup semi-final second leg following his red card at Anfield last week while Mohamed Elneny and Nicolas Pepe remain at the African Cup of Nations.

Pierre-Emerick Aubameyang has returned from international duty but is undergoing “examinations” following reports of cardiac lesions by national team Gabon while Thomas Partey , who played for Ghana on Tuesday, is more likely to be in contention for Sunday’s visit of Burnley.

Arsenal also have several players to assess with knocks or Covid-19 concerns, and Arteta said: “We have been struggling all week with numbers and that is a fact.

“It is where we are but hopefully for tomorrow (Thursday) we can bring some people back. Not in the best condition because they haven’t trained for a long time but with a team that hopefully can take us into the final.”

Antonio Conte said he would have thought Daniel Levy was joking had the Tottenham chairman made qualifying for the Champions League a target when he was appointed.The Italian arrived at Spurs in November and was left to pick up the pieces of Nuno Espirito Santo’s ill-fated short stay which saw them heading towards mid-table mediocrity.For a long time, Conte said reaching the top four was a pipe dream as his side battled with wild inconsistency, before eventually accepting it was possible as form and results improved as the season progressed.They are now in pole position to book a return to...
SAN ANTONIO, TX・9 HOURS AGO
The Independent

Tammy Abraham set a new scoring record for an English player in a single Serie A season as Roma secured Europa League qualification with a 3-0 win at Torino.Abraham’s first-half double took his league tally to 17, eclipsing the 16 goals Gerry Hitchens scored for Inter Milan in 1961-62.Roma play Dutch side Feyenoord in the final of the Europa Conference League on Wednesday.🐺 @ASRomaEN wins and get a spot in #EuropaLeague 🔥🇪🇺#TorinoRoma #SerieA💎 #WeAreCalcio pic.twitter.com/2GQ6pZuBnf— Lega Serie A (@SerieA_EN) May 20, 2022But Jose Mourinho’s side could not afford to relax with a top-six place to be claimed.Andrea Belotti went close...
SOCCER・8 HOURS AGO
The Independent

Rebekah Vardy accepts it is possible that her friend and former agent may have been the source of leaks at the centre of the High Court libel case she has brought against fellow footballer’s wife Colleen Rooney, her barrister has revealed.Hugh Tomlinson QC said Ms Vardy and her agent Caroline Watt occasionally “used the language of leaking”.In a social media post that quickly went viral in October 2019, Coleen Rooney said she had set up a “sting operation” to catch whoever was passing on stories about her to The Sun, and concluded the leaks came from “Rebekah Vardy’s account”.The wife of former England star Wayne Rooney,...
U.K.・1 DAY AGO